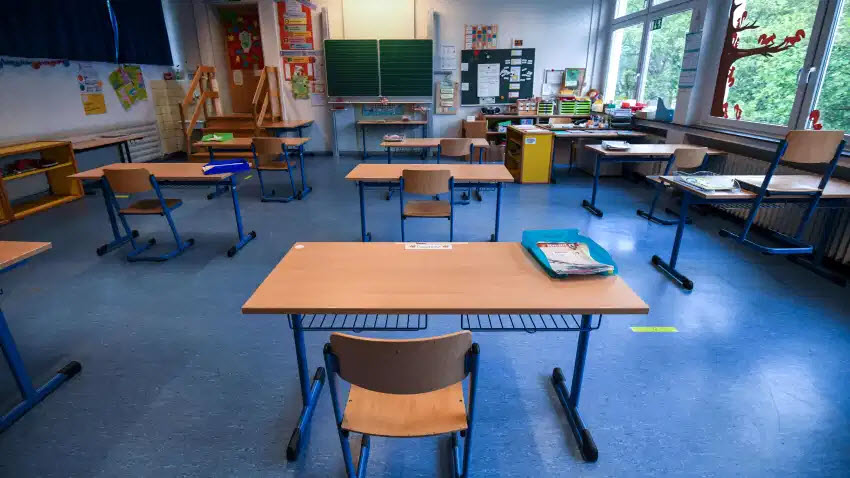 Davis, CA – At the start of this calendar year, Omicron was starting to really blaze, our schools seemed not to have an effective plan to deal with the surge, so my wife and I made a difficult decision—we would pull our kids out of school.

For nearly two years we had avoided COVID and we wanted to continue in that direction.  We thought if enough students were pulled they would at least go to some hybrid program—but they didn’t.  They merely sent home school work for our kids to work on.  After two weeks, things appeared to calm a bit and, fearing we would put the kids way behind, we relented and sent the kids back to school.

That turned out to be a big mistake.

Last week, my daughter came into our room in the middle of the night, ran to the bathroom and threw up.  We administered the home test: negative.  As the symptoms persisted, we took her into the doctor, Kaiser had her do a PCR (polymerase chain reaction) test—negative.  On Thursday, our ten-year-old seemed to be coming down with something, so we kept him home, but he recovered quickly.

Finally on Friday, I was starting to feel it.  Given that my daughter had two or three negative tests, I figured it was a cold, not COVID.  I went to work on Friday, prepared to get out on a day when I wasn’t feeling great, but I quickly felt worse and worse, and

slowly canceled all my appointments before going home at just 11 am.

By the time I got home, I could barely move.  Couldn’t taste.  Stomach was in bad shape.  Chills and fever.  Took the home test and bam—positive.  After two years of being careful, distancing, staying away from gatherings, being ultra careful, COVID finally caught me.

This was the day I feared.  How would my nearly 50-year-old, diabetic body respond to COVID?  Fortunately, by being careful, I bought myself time to get double vaccinated and boosted.  That would prove to be a lifesaver.

On Friday, I had several hours where I was very sick—weak, fever, chills, stomach problems, no appetite or taste, but quickly it turned around.  By the evening, the Tylenol knocked out the fever and aches and by the next morning, it was clear I was on my path to a quick recovery.

Had this happened prior to being vaccinated with perhaps a stronger variant, it probably would have ended very differently for me.

My whole family tested positive eventually.  Jeremiah had one day of very mild symptoms, but my daughter has been sick for a week.  My wife, whom I was worried about, has had some asthma problems, but it is not clear if that is from COVID or the nasty winds that blew through last week.

What I worry about are a few things.

The Omicron surge has really receded.  The numbers which in January showed over 800,000 new cases a day are down to 250,000.  That’s still pretty high.  Deaths still haven’t peaked however—another 2600 people died yesterday alone.  That’s what people continue to miss from this—Omicron may be a little milder, but it is still killing people, particularly because it is so much more contagious than previous variants.

And yet, we see the governors in four states, including California, saying that they are going to lift mask mandates.  In several states they are talking about making masks optional in schools.

This is all political.  Mask mandates are controversial especially among potential swing voters.  But we bought into this notion that somehow schools were not going to be transmission points for COVID—in fact, had it not been for school, we never would have gotten sick.

We were fortunate.  All four of us are vaccinated and my wife and I boosted.  That meant when we did get hit, the damage was more limited—but I still got pretty sick, albeit briefly, and my daughter is still down.

The real danger is for the population that is still not fully vaccinated.  According to data from CDC, just 23 percent of students ages 5 to 11 are fully vaccinated and just 56 percent of those 12 to 17.  Even adults 18 to 64 are at less than three of four.

I get it, people want to move on with their lives and get back to what was normal, but this is still a dangerous disease and, at the current rate, we are adding 100,000 deaths every six weeks or so.

We have yet to learn our lesson.  Every time the numbers start to go down, we relax our guard a bit and another wave hits us—rather than keeping ourselves at a relatively low level of precaution that might be able to prevent waves to begin with.

What would actually happen if everyone were vaccinated and wore masks indoors in public places for the next year?  My guess, COVID really would disappear into the background.  But, as long as we refuse to do those two reasonable steps, we end up where we are—serious waves hitting every six months, prolonging this agony.

Meanwhile, I am disappointed that our schools did not allow us to remain safe.  They put us in the bad position of choosing between health and education for our kids—and ultimately we ended up without either for a time.  Why they couldn’t do what UC Davis did and go online for a month, or at least a hybrid model, I don’t know.

Share:
Tags:CovidDJUSDOmicron
Previous : Guest Commentary: My Answers to DJUSD’s Community Survey about Filling the Superintendent Position
Next : Looking at the Domestic Violence Case As the Stangel Trial Opens

11 thoughts on “Commentary: Playing with Fire on Omicron”