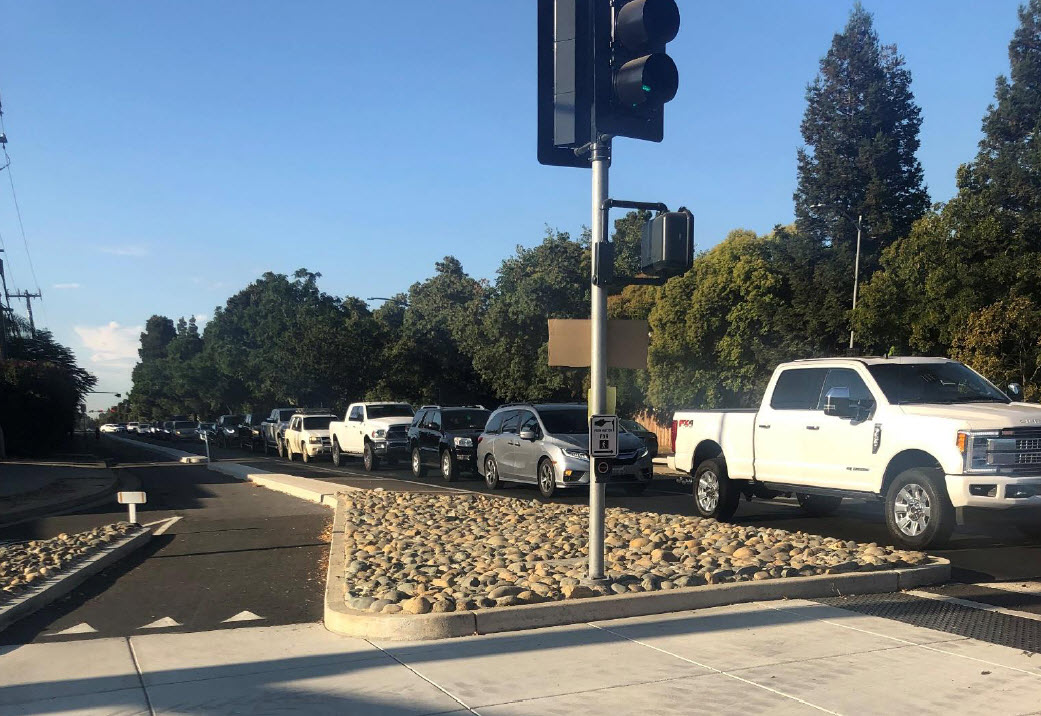 Davis, CA – A few years ago residents along Mace Blvd. in South Davis complained about a roadway redesign.  The battle cry has been to put Mace back the way it was—which primarily was about adding another vehicle travel lane where the city’s redesign had taken one out.

Never mind that two changes of circumstance—bypass behavior at Tremont and freeway congestion on I-80—would preclude the simple restoration of Mace to four vehicle travel lanes to actually fix that problem, though the city models do agree that it would improve throughput.

Throughout this entire discussion my impression from the angry residents is that they only really cared about being able to get through the corridor as quickly as possible and the city leaders, while trying to hold onto design elements from the redesign, were really only concerned about accommodating that desire to the best of their ability.

I was interested in Rich Rifkin’s column because, unlike many of those in the room, he’s an avid biker and not simply concerned about capacity and throughput of the vehicle lanes.

anything. In fact, it might make matters more malign.”

Writes Rifkin, noting the lack of bicycle traffic to Pioneer Elementary School, “The city thought three things would solve this problem: reduce the automobile travel lanes in each direction from two to one, in order to slow traffic; put corner bulb-outs in to lessen the distance to walk across the street; and install raised concrete curbs to separate the bike lanes from the travel lanes.”

He argues, “Almost immediately, many residents in that area and other users of Mace realized the city made a mistake.”

He explained, “Once the travel lanes fell from two each way to one, traffic jams ensued. Once the city put in those massive bulb-outs, cars began crashing into them. Once the city installed on-street curbs, cyclists began hitting them and going to the hospital.”

I’m still largely convinced that the timing of the traffic jams was coincidence as much as cause.  But the city’s models show that the extra travel lane will decrease delays even though the city is also looking at ways to de-incentivize Waze rerouting traffic from I-80 through Tremont onto Mace.

Rifkin argues, “The solution suggested on Jan. 20 — to make Mace a four-lane road again — would likely reduce that congestion. It will also let cars go faster and imperil children crossing Mace. In my opinion, that’s not a worthwhile trade-off.”

Rifkin rightly points out that “the congestion on eastbound I-80 is not something the city can solve.”

And he is rightly skeptical that the city’s plans to disincentivize cutover traffic “will do much.”  He writes, “The problem is the bottleneck on I-80, which can cause traffic to stop altogether on the freeway. A red light on Tremont won’t change that reality on I-80.”

The main problem, Rich Rifkin argues, is that the city is not going to touch the concrete curbs and bulbouts.  “Their belief is that a ‘protected’ lane gives people the feeling that they are safer due to the concrete.”

He writes, “What’s hard to understand is why the city and its consultants don’t look at other major streets in Davis — that work well — for the right answer to separate cars from bikes on Mace.”

He argues that they could do as they have done elsewhere and separate the travel lane from the bike lane “with two thick stripes and hatched section in between. That creates a 5-foot-9 partition…

“There is no good reason not to do this on Mace Boulevard. In fact, there is more room to accommodate a super-striped separation. An added benefit is where drivers are turning right — such as from northbound Mace to eastbound Cowell, the bike lane could be painted to the left of the right turn lane,” he said.

It’s a good idea, it seems to me.  But no one really cares about these sorts of problems.  The city, for all their focus on splitting the baby, was really only focused on speeding up that throughput and increasing the road capacity to keep the South Davis residents (a lot of whom don’t even live in Davis) off their back.

At some point, people are going to realize that the problem with traffic on Mace was not primarily the road redesign, but rather the new volume of traffic attempting to bypass I-80.  There will simply be times when the quickest way into town is not traveling on Mace and people will have to take other routes.  Or they may have to learn to live with traffic congestion at key times and plan their travel accordingly.

9 thoughts on “Commentary: The Mace Redesign Is All About Capacity and Travel Time”