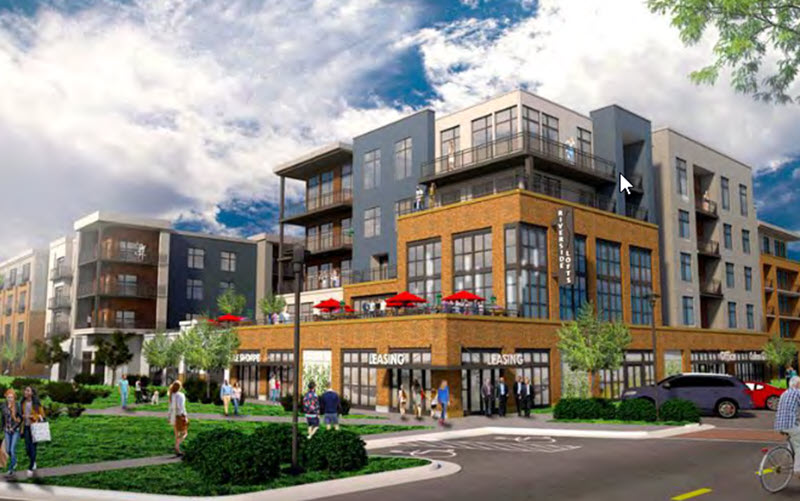 DAVIS, CA – On Tuesday night, the Davis City Council approved to a proposal regarding the Davis Innovation and Sustainability Campus 2022 (DiSC 2022) and held a public hearing in order to gauge public reception of the project in anticipation of the June 7, 2022 vote.

DiSC 2022, a revised version of the original DISC project previously proposed to and approved by the Davis City Council, entails the creation of a mixed-use space prioritizing research and development, product development, advanced manufacturing and office and laboratory uses.

This project would be located on a 118-acre property bordering Mace Boulevard which is presently used for agricultural purposes, and is intended to attract new companies to Davis, grow the companies already within Davis that are looking to expand and provide job opportunities which would both retain talent within Davis, and attract talent from outside of Davis.

Applicant Dan Ramos, project manager and representative for the ownership group consisting of the Ramos family and Buzz Oates Real Estate companies, prefaced the presentation by highlighting their devotion to the Davis community.

Matt Keasling of Taylor & Wiley law firm, which specializes in land use and environmental law, presented key features and reforms of the project on behalf of DiSC 2022.

He emphasized that DISC is a project that has originated from, and grown alongside, the needs and desires of the Davis community, stating, “It is important to point out that the DISC project is really the outgrowth of a city-led, community-led process, to look at what the true needs of Davis were when it comes to economic development and looking at ways to leverage the university and the research that occurs there.”

Keasling cited the specific concerns and suggested reforms offered by various Davis city commissions which have helped to guide the overall evolution of the project and mold its 2022 iteration into something that better reflects the city’s values and needs.

The most notable of these revisions include reduced project size, the planting of 1500 trees on and off-site, greater emphasis on research and development and manufacturing spaces, the addition of on-site housing, increased focus on habitat expansion and sustainability, and better on-site athletic opportunities.

He explained, “On day one we’re required to fund the city in doing a comprehensive Mace Boulevard corridor study . . . and the city is going to look at Mace comprehensively and say, ‘What needs to be done on Mace Boulevard to make it work better than it does today?’ And that will become the roadmap that guides us as the development team on the improvements that we will be required to put in place as we build out this project.”

Keasling addressed the threat of DISC businesses drawing customers away from the downtown core, and argued this would be largely subverted by the new customer base provided by employees and residents at the DISC site, who according to recent analysis, “will spend on average 8.3 million offsite within Davis [per] year.”

Bob Geolas, a nationally-recognized leader in the development of innovation districts, university campuses, and research parks, also expressed extraordinary optimism about the project and reinforced the endless benefits this project would have for both individuals and the community at large.

Referencing his own experience growing up near the Research Triangle Park in North Carolina, he emphasized that “The fact that RTP existed for us, gave a kid like me from a working-class family the opportunity to grow up one day and actually have the ability to run it and to lead it.”

To Geolas, the DISC project ultimately represents “a commitment by your community to create a place that creates new opportunities, diversify your economy, retain and attract talent, and to create hope and opportunity for other young kids like another Bob Geolas, but in Davis, who can make an impact and hopefully make the world a better place.”

However, the project is not without its critics. While a majority of public commenters expressed support for DiSC 2022 during the public hearing, public commenter Ron Oertel brought forth his concerns.

He stated, “I’m really disappointed that the council is once again going to create division in the city and foist a controversial proposal onto the city, and I’m also saddened that you guys think it’s a good idea to keep spreading outward on the prime farmland, especially farmland that’s highly visible in a town that really doesn’t have a lot of connection directly to agriculture at this point.”

But in spite of criticisms like these, Mayor Partida emphasized the overwhelmingly positive effect this project and others like it can have on the community. In acknowledging public hesitation towards the project, she stated “the important question . . . is balancing the benefits we are looking at. So, are those benefits big enough to mitigate our concerns? And I do believe that they are for this project”

She demonstrated the potential of innovation centers to be “where the most pressing problems to the quality of life are solved,” citing their capacity to encourage crucial developments such as “the answers to climate change” and “the vaccine to the next pandemic.”

Mayor Partida also reiterated the benefit to young people in the Davis community. She stressed, “There are few places where there is a ready supply of talent and commitment to discovery as there is here. We have heard this evening of the many people who are graduating from our world class university, who are wanting to stay here, who are wanting to further their careers here.”

She offered the additional disclaimer that “almost all changes to our landscape have been opposed.” Citing the success of Mace Ranch and Central Park that were strongly opposed by some community members, Partida continued, “All of these changes have deepened the richness of our community even though they were so fiercely opposed.”