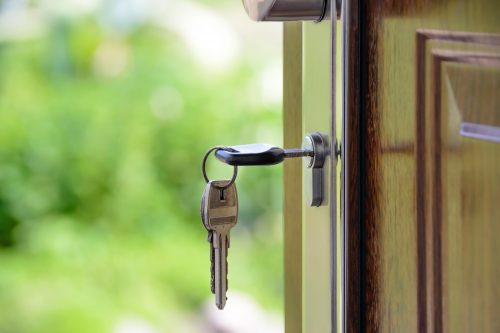 This announcement for funding stems from the Governor’s 14 billion dollar homelessness package that is said to “expand access to housing for vulnerable populations with complex behavioral health conditions and people living in encampments” by providing “55,000 new housing units and treatment slots.”

“We’re taking unprecedented action to rebuild California’s mental and behavioral health infrastructure, getting folks the help they need to stay out of homelessness,” said Governor Newsom. “Up until this point, our pandemic-response homeless programs have helped provide housing and shelter to more than 58,000 Californians – we’re doubling down on these efforts, providing more services in record time and at a fraction of the price.”

This new funding will be available through the statewide program, Homekey. Launched in 2020, Homekey is said to have been the largest, most cost-effective, and fastest addition of permanent housing in California’s history. This program is stated to provide funding towards expanding housing options and mental and behavioral health services for individuals experiencing homelessness. The program has also been providing housing for homeless individuals during the pandemic.

However, with complications in the past with temporary housing, new funding towards permanent housing might serve as a better strategy and sustainable model.

Sacramento County spokesperson Janna Haynes, when talking about the temporary government housing program, Project Roomkey said, “It’s not a sustainable model. Funding is a huge challenge.” “The Sacramento County Board of Supervisors has extended the program several times and gave county officials the authority this summer to seek funding to keep it going through at least March,” Haynes added.

In 2021 Governor Newsom had announced a 2.75 billion dollar expansion on the 846 million dollars that was previously invested into the Homekey program. Additionally, the state has already approved many projects that are on track in creating 1,208 housing units for Californians.

“California is moving with unprecedented speed to house people experiencing homelessness through Homekey,” stated Governor Newsom. “Behind every grant award we make for Homekey is the story of a Californian who will no longer have to sleep in a tent, in a car, or on the street – these 170 units represent a fresh start for our most vulnerable residents.”

“We’re proud of how cities like Sacramento and Los Angeles continue to move with a sense of urgency to house people experiencing homelessness by leveraging Homekey,” said Business, Consumer Services, and Housing Agency Secretary Lourdes Castro Ramírez. “Close partnerships like this one, between the state and local jurisdictions, are the reason Homekey has been so successful.”

From the 1.1 billion dollars in new funding, it was reported that throughout this Homekey program 518.5 million dollars will be given to the Behavioral Health Continuum Infrastructure Program, and 570 dollars million will be provided to the Community Care Expansion Program.

In addition, Governor Newsom’s California Blueprint for combating homelessness is said to boost 2021’s previously historical 12 billion dollar investment by an additional two billion dollars aiming to assist the most vulnerable people and give them the help that they need with mental and behavioral health services.

In this two billion dollar investment, 500 million dollars will be provided towards Encampment Resolution Grants which will increase the investment for local governments to take down encampments. Furthermore, local jurisdictions are to implement short and long-term rehousing strategies for people experiencing homelessness in encampments around the state.

“We need some support from the state. We’re drowning. The funding helps. We’re very appreciative of the funding. But there’s got to be more at the policy level to help us come up with some creative solutions to try to support people,” states Mechelle Milam, crime prevention manager for the Richmond Police Department and a member of the city’s homelessness task force.

In terms of encampment removal, Los Angeles authorities have lately been receiving backlash for clearing out homeless encampments near SoFi stadium. This is where the Super Bowl is set to take place in a couple of days. Many have accused the authorities of forcing people out of sight without providing any housing for services.

“They are just trying to survive,” said Sofi Villalpando, who works with some of the displaced residents. “It feels like [authorities] are removing people so they won’t be seen.”

Dawn Toftee, an unhoused resident who was living at the encampment that was cleared, shared her experience of being displaced as her couch and other people’s mattresses were removed during the sweep. Toftee also explains the new environment she currently lives in. “Now I’m at this site where I didn’t want to be. There’s been killings and shootings around here…They should let us have our home back,” stated Totfee.

Additionally, the 1.5 million dollars leftover will be granted towards the Behavioral Health Bridge Housing in hopes of assisting people off the streets and into treatment.

“We are systematically building the housing and treatment programs that California needs to better provide services to people with acute behavioral health issues,” stated California Health and Human Services Secretary Dr. Mark Ghaly. “That is where our focus has been, and today’s new funding is exactly what we need to be doing.”