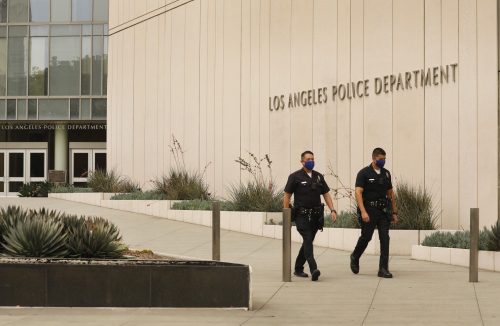 By Mansour Taleb-Ahmed and Matthew Torres

LOS ANGELES, CA – “This was an experience that no one should go through, especially a law abiding citizen,” said Bethany K. Farber after being falsely arrested and jailed for nearly two weeks by the Los Angeles Police Department.

Farber was detained at the Los Angeles International Airport by the Transportation Security Administration (TSA) and was informed there was a warrant out for her arrest in Texas. She was then arrested, and held in jail for 13 days without bail.

When pleading with officers to double check the warrant, claiming some sort of misunderstanding, “they said, ‘Nope, Bethany Farber, we have you.’”

The lawsuit states that, while detained, Farber told TSA officials she had never been in Texas, and that she was possibly the victim of identity theft. Not believing her, she was held in the room for two hours with no food or water before being arrested by airport police and transferred to LAPD custody.

The lawsuit noted that “the police arrested her without checking her driver’s license, asking for any personally identifying information or using any other method to confirm her identity.”

The plaintiff, as well as the other woman whom the police were after, also made the argument that they “had nothing in common besides their name,” the complaint states, and didn’t share any “physical resemblance.”

Farber’s family, who hired lawyers in Texas and California to take the case, said they provided records to officials in Texas who claimed to have promised to help Farber to be released.

The lawsuit charged that in the 13 days in the aftermath of the incident she was left with serious mental traumas such as “severe stress, anxiety (…) and mental anguish.”

According to Farber, her experience in jail was traumatic and that she was forced to take extreme measures in order to keep herself warm. For example, she explained how she would place hot food underneath her clothes and added that she “saw human feces thrown around and smeared across the walls.”

As the lawsuit disclosed, Farber believes that her stress from the experience allegedly led to her grandmother having a stroke, which caused her death.

Farber’s attorney noted that his emotionally scarred client went through “things that she could never have imagined.” Just because the police “didn’t do the basics of their job to confirm the identity.”

According to many news outlets, the LAPD declined to comment on the lawsuit, because it was “pending litigation.” And the Los Angeles airport police also declined to immediately respond to a request for comment.