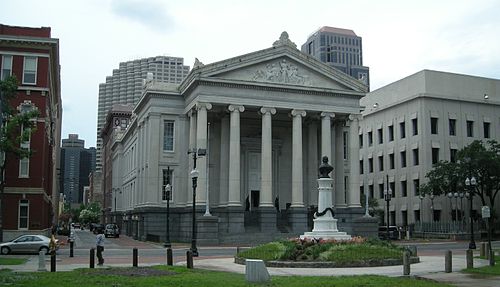 NEW ORLEANS, LA – A recent increase in criminal activity in the neighborhoods of New Orleans has resulted in a call for increased policing, higher bails and a warning from the Orleans Public Defenders Office to not ignore New Orleans “long history of injustice.”

A rally took place this past Monday outside of New Orleans City Hall in response to a series of crimes, the most recent being a violent carjacking committed on Feb. 1 by alleged perpetrator 18-year-old Tyrese Harris.

Individuals at the rally called for increased anti-crime action from Mayor LaToya Cantrell and the Police Department.

City Council members argued for the increase of State Police to patrol interstate highways, with Judge Kern Reese of the Orleans Parish Civil District Court arguing that the police “department should have at least 1,600 officers to adequately police the city.”

Others argued for short term solutions like the increase of bail for individuals accused of violent crimes.

Harris, who currently faces charges of second-degree murder and principal to carjacking, had his bail set at $2.76 million by Magistrate Court Commissioner Brigid Collins.

The Orleans Public Defenders Office responded with a powerful statement warning against a harmful narrative, noting “we are directing our collective fear, frustration and anger at the wrong systems.”

Although not explicitly stated, it can be assumed that this statement was written in direct connection to the bail amount announcement of Harris, a Black male.

The statement cleared up a commonly held misconception that bonds are a “guarantee of safety,” when in reality they only guarantee freedom for individuals who can afford it, and don’t protect the public.

As has been argued by the federal courts, bonds should be based on an individual’s ability to pay and not be used as a “pre-punishment or a consequence” for an individual’s alleged actions.

The statement urged the public to remember that “criminal activity is a symptom” of New Orleans long history of systemic racism, discrimination, violence, mass incarceration and “not the disease.”

Increasing accountability for crimes through policing and higher bail would not stop crime but would only further criminalize poverty and entrench systemic racism further, the public defenders said.

In an article authored by the Louisiana ACLU, Louisiana has the highest incarceration rate in the nation with 40 percent of prisoners sentenced for non-violent drug or property crimes.

“If mass incarceration was effective, New Orleans would be the safest city in America, not the incarceration and wrongful conviction capital of the world,” the statement argued.

The public defenders urged the community to, instead of trusting bail as a deterrent, invest time and resource into community based resources and empowerment.

Anna Olsen is a recent UC Berkeley graduate originally from Seattle, WA. She double majored in law and global studies and plans to head to law school after taking a gap year to become a juvenile defense attorney.