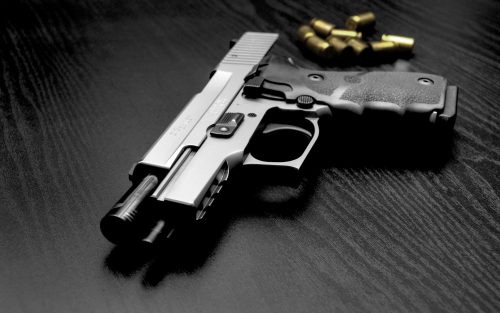 On Jan. 25, 2022, San Jose made history as the first city in the United States to institute a gun law that requires firearm owners to pay for and carry insurance as well as pay an annual fee in order to own their guns. However, this development was not without controversy. Within minutes of the Gun Harm Reduction Ordinance being passed, a lawsuit was filed.

As a powerful means for both protection and attack, the right to gun ownership is one of today’s most controversial topics. The right to bear arms is guaranteed by the US Bill of Rights but the amount of gun violence in America is also a well-recorded fact.

The decision made by the city of San Jose is the first of its kind in America. The proposal explains that the purpose of attaching a governmental fee and financial responsibility to a firearm is to reduce the financial burden of gun violence on the public, incentivize safer gun use, provide care to victims of gun violence, take guns away from criminals, and fund essential public services.

The law states that insurance coverage for the firearm will be for “accidental firearm-related death, injury, or property damage,” and would cover losses or damages from accidental or intentional firearm discharge and negligent use. Additionally, if the gun is lost or stolen, the owner will be liable for anything that happens with the registered gun until they officially report it.

At Tuesday’s city council meeting, San Jose Mayor Sam Liccardo explained, “Having liability insurance would encourage people in the 55,000 households in San Jose who legally own at least one registered gun to have gun safes, install trigger locks, and take gun safety classes.”

A lawsuit was filed by the National Association for Gun Rights, Inc., and Mark Sikes at the United States District Court for the Northern District of California on the same day that the law was passed.

The lawsuit protests that the ordinance is “patently unconstitutional,” citing that the Murdock v. Pennsylvania case of 1943 determined that the government “may not impose a charge for the enjoyment of a right granted by the federal constitution.” Additionally, the lawsuit claims that because the penalty for nonpayment of the fees includes the seizure of the gun, the law infringes on the Second Amendment to possess and carry weapons.

Specifically, the lawsuit targets the application of the fee system, which will redistribute wealth from gun owners to “one city-favored non-profit and its staff.” It criticizes the lack of transparency in the ordinance, explaining how gun owners will be forced to “pay unspecified sums of money to private insurance companies and an unspecified fee to an unidentified government-chosen non-profit… as well as an unspecified fee to the City.”

In addition to arguing that the new law infringes on the constitutional right to bear arms, the lawsuit also says that the city has not solidly proven how the insurance and fee systems will successfully make a difference in reducing gun violence.

It argues that the impact of this law will fall upon those who legally own firearms, instead of truly deterring “unlawful ownership and use of guns by criminals.”

While the true influence of this law and the success of its goals are yet to be known, the law is regardless a historical, albeit highly controversial, step by San Jose to take control of the mass gun violence in America.