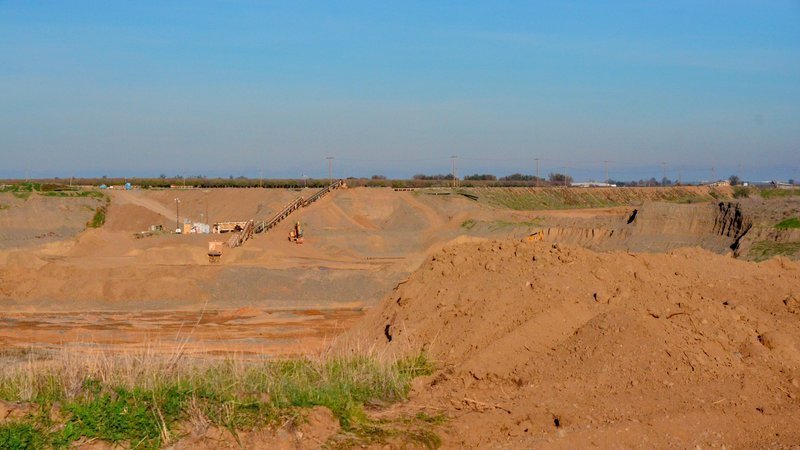 Yolo County, CA – The Yolano Group Sierra Club announced on Friday that it was joining a lawsuit with a local citizen’s group, Yolo Land and Water Defense, demanding changes to what it called a “flawed Yolo County aggregate mining regulations” and for “appropriate further protection of lands and waters adversely affected by existing mining practices.”

“The lawsuit does not seek to stop aggregate mining in Yolo County,” a release stated.  “Rather, it will simply require the County to comply with the California Environmental Quality Act (‘CEQA’) before allowing Teichert Inc. to develop a new 320-acre mine on prime farmland adjacent to Cache Creek and several miles west of Woodland.”

According to the release, “This would require the County to fully disclose and evaluate the real adverse environmental impacts of open pit aggregate mining as currently allowed by the County and to commit to mitigation strategies to reduce those impacts. Adhering to this process is what the law requires, and indeed, these same requirements apply to every other regulated land use in the County and State.”

“The Sierra Club realizes that the aggregate mining industry has a place in Yolo County as an important local source for construction materials used in buildings, roadways, and bridges”, noted Alan Pryor, Chair of the local Sierra Club Yolano Group. “But environmentally-sound mining can’t happen until the County recognizes the problems created by existing mining practices. Only then can necessary steps be taken to require mining companies to correct those deficiencies while continuing to mine aggregate and sand in an environmentally responsible manner.”

The lawsuit challenges Yolo County’s January 11, 2022, certification of the EIR for the Teichert Shifler Mining and Reclamation Project and approval of 30-year operating entitlements and a permit granted to Teichert Inc. for the Project.

In particular, the suit alleges that “the EIR fails to adequately disclose, discuss, analyze and mitigate for the Project’s adverse environmental impacts. These include past and probable future failure to reclaim agricultural land back to its original quality as otherwise required by the County.”

Additionally, “potential adverse impacts of the proposed mine on groundwater must be examined in an area adjacent to the proposed mine that has been identified to already have decreased recharge in the aquifers compared to other areas in the County.”

This has resulted in a relatively large number of wells going dry in recent drought years, the release continues.

Further, the lawsuit alleges that “the EIR improperly analyzes and mitigates for the production of methyl mercury in the water impoundment pits resulting from the mining process.  Methyl mercury has harmful environmental effects caused by the chemical’s bio-accumulation in wildlife that can harm human health if affected wildlife such as fish are eaten. Methyl mercury is a potent neurotoxin in humans with potentially devastating impacts, especially on children that consume contaminated fish.”

According to the release, “Aggregate mining poses substantial environmental impacts for rural residents and farmers located near these mines in addition to posing broad environmental dangers if not performed properly. The County must account for that reality through appropriate mitigation which to date has not occurred.”

The group said that the lawsuit was filed seeking to correct this error.

The full complaint can be read here.

Share:
Tags:Board of SupervisorsEIRSierra ClubTeichert Mining ProjectYolano GroupYolo County
Previous : Guest Commentary: The Most Racist Supreme Court Cases You’ve Probably Never Heard Of
Next : My View: Reisig Has Been Masterful So Far in Running for Reelection