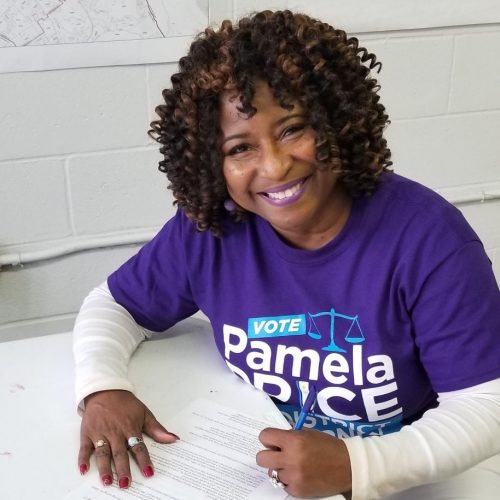 Officially filed in 2018, Courage to Change aims to provide opportunities to progressive candidates who display political courage to bow against socio-economic pressure and represent the people that went through the same struggle as them.

The committee consists entirely of endorsees who represent the working-class population and embody the ideals of racial, social, economic, and environmental justice.

According to the email to Price, the committee believes that her values lie in leading people towards a better world, fighting against the corruption of politics and union power due to the influence of money.

Price began her professional legal career as a criminal defense attorney in San Francisco, representing young people, handling hundreds of felony cases and misdemeanors before establishing her own private practice in Oakland.

“You believe that communities are safest when there is an abundance of education, jobs, healthcare, community-based programs, and access to democracy,” the committee stated in the email to Price.

Courage to Change said it appreciates Pamela’s advocacy for progressive leadership and values.