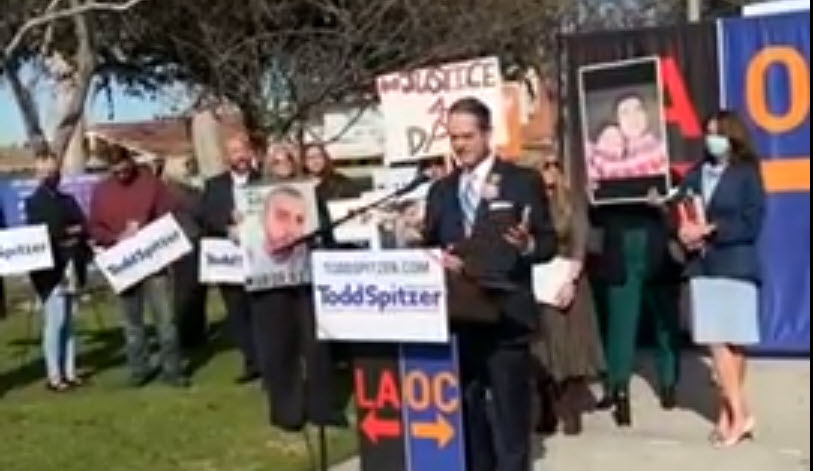 By Mathew Seibert and Stacie Guevara

The low-level offenses that DA Spitzer and DA Hestrin’s offices spend their time and money on pose little threat to community safety, according to the ACLU, adding the practices may end up worsening long-term outcomes.

District attorneys have great power in the criminal justice system, such as deciding whether or not a juvenile should be tried as an adult, the ACLU noted, arguing there has been a rise in progressive DAs recently, but in Orange and Riverside Counties, the DA practices have contributed to racial disparities in charging and soaring incarceration rates.

“They have been proven to reduce the likelihood that individuals will have future contact with the criminal legal system. The recommendations represent necessary steps that DA Spitzer and DA Hestrin must take to redress glaring inequities against people of color,” Lacey added.

The reports released by the ACLU were aggregated from large amounts of data, but getting the information was a bit tricky at times, the group said.

The ACLU explained that the Orange County DA’s office agreed to turn over information only from when DA Spitzer’s predecessor, Tony Rackauckas, was in office. This showed that charging, among other practices, has not changed much under Spitzer’s time in office.

According to the reports, almost 64 percent of the 259,000 charges made by the Orange County DA’s office in 2017 and 2018 were low-level offenses that should not have been charged so strongly. Those types of offenses should have been declined to charge or redirected to community-based programs, said the ACLU.

For Riverside County, the reports indicated about 57 percent of those low-level offenses should have been diverted or decline-to-charge.

Instead of charging those offenses, the other solutions would make jails less crowded, as well as curb the tendency for those convicted criminals to commit further crimes, the ACLU pointed out.

An organizer with Chicanxs Unidxs, Gaby Hernandez, quoted an Orange County report stating that the DA should serve the public by “changing the culture in that department where conviction is not our goal. Understanding that incarceration does not make communities safer … When you link people to supportive services or actual transformational services, you’re going to see a reduction in crime.”

“Activists and academics have likened the current Prison Industrial Complex to a racial caste system and highlighted the ways in which ‘tough on crime’ policies exert social control over predominantly low-income neighborhoods,” the Orange County report explained.

The ACLU also included recommendations from the Riverside report: “Commit to blind charging, which prevents prosecutors from seeing demographic information before making an initial decision whether to charge someone with a crime.”

Orange County also transfers children to adult court at twice the statewide rate, the ACLU report states, noting, “Decades of research has found no evidence of any deterrent effect of transferring minors into the criminal legal system.”

The reports also touch on several other topics like how the DA handles “wobbler” offenses; the oppression of sentence enhancements; and the rare prosecution of police officers after they have caused millions of dollars in damages.

Share:
Tags:ACLUDistrict AttorneyOrange CountyRacistRiverside CountyTodd Spitzer
Previous : SF Police Take a Stand against DA Boudin by Not Doing Their Job
Next : Commentary: Reform is Not Enough in Places Like Orange County – Pattern and Practice Investigation Urged