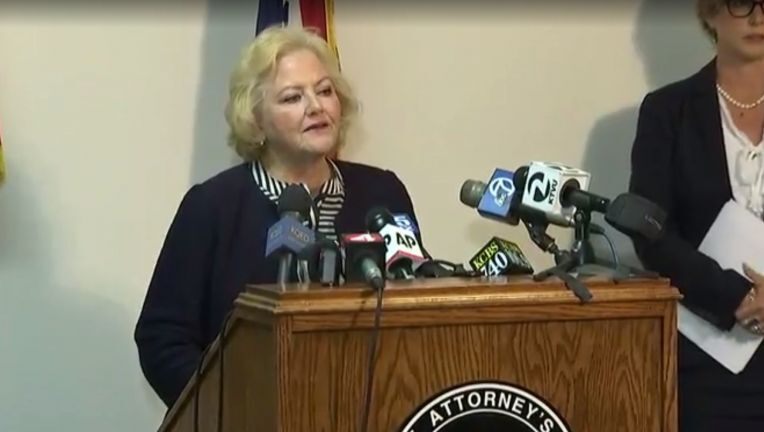 Oakland, CA – The mid-February disclosure by San Francisco DA Chesa Boudin that rape kit DNA was stored in a separate database and used to compare to future crimes has created nationwide attention and prompted Senator Scott Wiener to introduce legislature to ban the practice.

On Friday, Oakland DA Nancy O’Malley issued a clear statement that the practice is unacceptable.

“The action of the San Francisco Police Crime Lab, of creating a separate DNA database containing the DNA of victims of sexual assault is unconscionable,” O’Malley said in a statement released by her office.  The statement continued, “It is in direct conflict with the spirit of the laws and policies on which DA O’Malley has worked on, including in the legislative arena, which ensure the rights, protections and respect for those individuals who have been sexually assaulted.”

She explained, “The practice employed by the San Francisco Crime Lab is an anomaly and unique to this crime lab. No crime lab should ever create or maintain a database containing the victim-survivor’s DNA for comparison in efforts to solve other crimes, or for any other reason, other than identification of the victim’s DNA for law enforcement investigative purposes in solving the sex assault crime.”

O’Malley is a traditional, tough-on-crime DA.  She is not running for reelection after defeating reformer Pamela Price in 2018.  Price is now seeking the open seat.

In her statement, O’Malley notes that she “has been a leader in enacting laws that create rights and protections for sexual assault victims and survivors.”

For instance, she worked with the legislature to eliminate the statute of limitations on sexual assault crimes, enhancing the Sexual Assault Victims Bill of Rights under the Penal Code and the standards for forensic examination, including the collection of potential DNA.

In 2015, she worked with Nancy Skinner, now Senator Skinner, “to pass the law that law enforcement should submit all sexual assault forensic kits to a crime lab for testing.”

In 2018, DA O’Malley worked with Senator Connie Leyva to change the law, “making it mandatory for law enforcement to submit the sexual assault forensic kit to a crime lab, specifically to identify, test and submit DNA profiles in the state and national databases.”

She worked with Assemblymember Chu to require the California Department of Justice to create a separate tracking system, SAFE-T to ensure that law enforcement has followed the law.

Finally, she worked with Senator Leyva to pass SB 215, which provides access to the victim-survivor to track their own case in SAFE-T.

San Francisco Police Chief Bill Scott has stated that he has taken steps to halt his department’s “possible” misuse of DNA profiles of victims and survivors.

Said O’Malley, “Chief Scott might look to Alameda County, to Santa Clara County, to San Mateo County or any other county in which there is a government crime lab.”

O’Malley wants to “ensure that all rights of victim-survivors are upheld, and that all victims are treated with respect and dignity, while law enforcement investigates and solves sexual assault crimes through the use of offender profile DNA.”