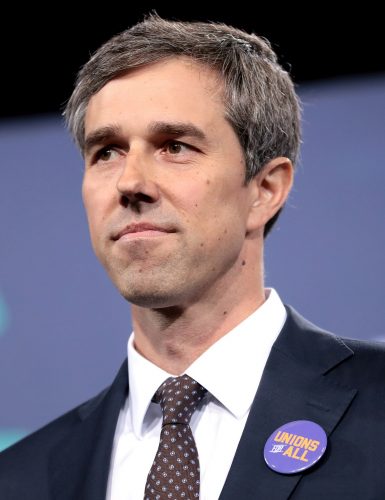 TEXAS – Democrats in Texas are giving Beto O’Rourke another chance. On Mar. 1, 2022, O’Rourke, known to most Americans by his first name, won the Democratic primary for the Governor of Texas with a staggering 90% of the vote. Beto will now face current Republican Governor Greg Abbott, a poster child Republican politician in the era of Trump.

In 2018, Beto ran for Senate against incumbent Senator Republican Ted Cruz in a widely publicized race with national political implications. While Cruz ultimately prevailed, the race was the most competitive Senate contest in Texas since 1978. Beto leveraged the enthusiasm from his Senate run into an attempt at the Democratic nomination for President in 2020. Beto made headlines during a Presidential debate when he said, “hell yes we’re going to take your AR 15s,” when asked about gun rights. Nevertheless, Beto failed to gain substantial support among Democratic primary voters. He dropped out of the race before primary contests began. Now, Beto will make another appeal to Texas voters to elect him to his first state-wide office.

Beto’s opponent will be Governor Greg Abbott, a highly controversial figure in his own right. Abbott has come under fire for his support of a Texas bill requiring transgender athletes to compete in sports based on their sex assigned at birth. He was also widely criticized for his handling of a statewide power outage in Texas in February of 2021. The power outage was a result of a winter freeze that left 246 Texans dead. Opponents of Abbott say his role in privatizing the electric grid in Texas in order to benefit his political allies in the energy industry further exacerbated the crisis.

Can Beto compete in November? Changing demographics in Texas suggest the state could turn blue in coming elections. In 2020, Joe Biden lost by just six percentage points to Donald Trump, a significant improvement over Hillary Clinton’s nine-point loss in 2016. The Texas electorate is becoming younger and more racially diverse, which has historically benefited Democrats. However, in recent years, Republicans have made inroads with Hispanic voters, painting Democrats as socialists and communists. Additionally, Democrats will have to contend with voter suppression efforts from the Republican-controlled legislature in Texas. In April of 2021, Texas passed SB1, a voter suppression bill that prohibits 24-hour voting and ballot drop boxes in Harris County (the county that Houston resides in).

Beto’s success will also be dependent on the national political landscape on election day. In 2018, despite the fact that Beto was a charismatic candidate who energized the Texas electorate, he was undoubtedly aided by a nationwide frustration with Republicans, former President Trump in particular. In 2018, Democrats picked up 40 seats in the House of Representatives, Nancy Pelosi became Speaker of the House, and Democrats took control of the House for the first time since 2010. This year, however, President Biden and Democrats are struggling in the polls. In fact, President Biden’s polling numbers right now are similar to President Trump’s numbers in March of 2018. Poor polling numbers spell trouble for down-ballot Democrats like Beto. Perhaps Beto can energize Texas voters in a unique way and perform better than Democrats nationally. If not, Beto’s political career could be teetering in the balance.

Jack Galloway is a freshman at UC Berkeley studying Environmental Economics and Policy. He has a passion for covering legal issues such as Supreme Court decisions and proposed legislation.