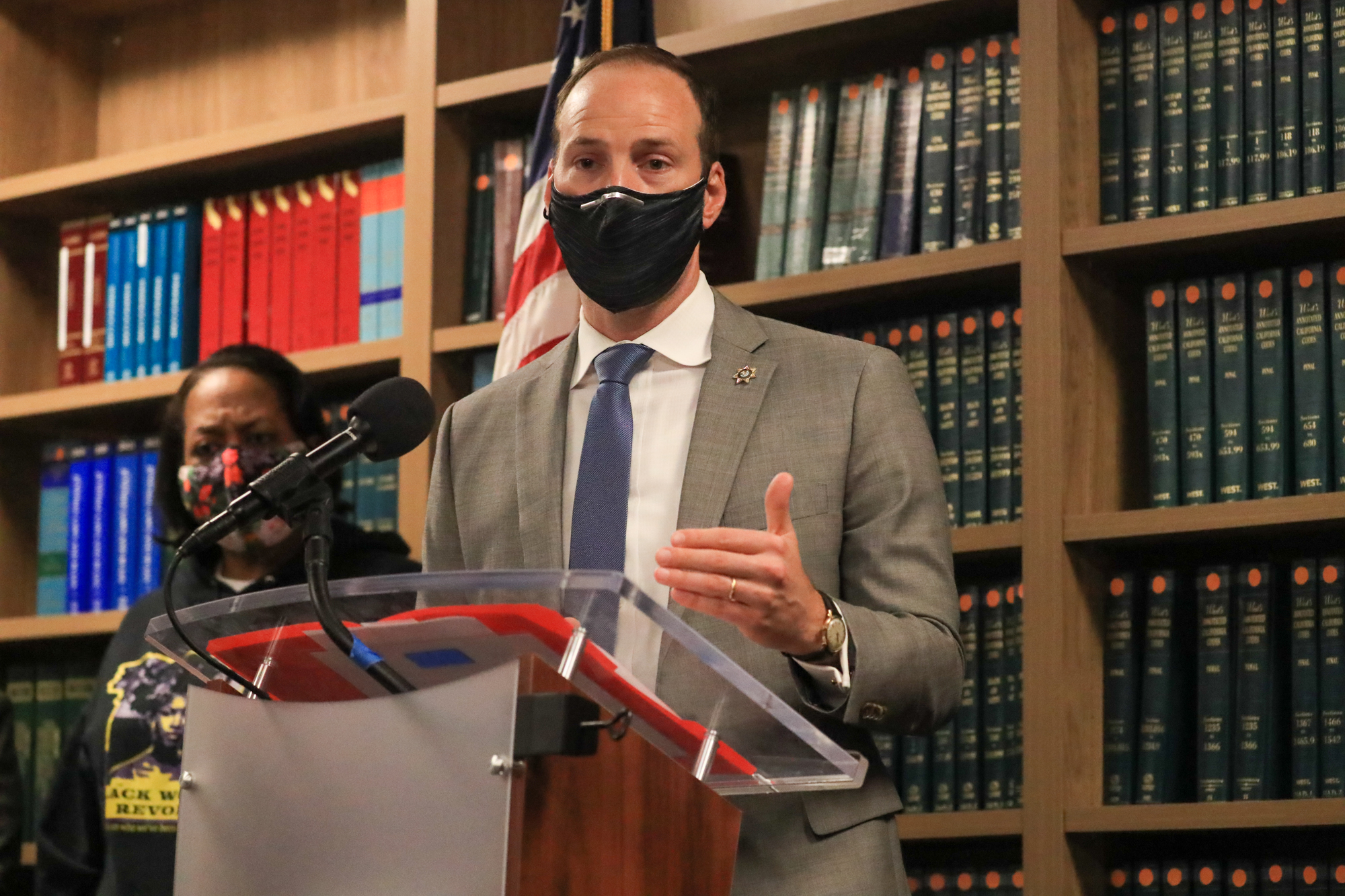 SAN FRANCISCO, CA – In a recent interview with The New York Times Magazine’s David Marchese, San Francisco District Attorney Chesa Boudin expressed his frustration over the upcoming recall election, believing the recall efforts are driven by San Francisco’s elite and not reflective of the city’s majority.

Boudin addressed a variety of issues heading into the recall election this June – his policies, recidivism, and his relationship with the mayor and police chief were among the topics discussed.

Although Boudin and many progressive district attorneys have been criticized by opponents for “compromising public safety,” and Marchese notes that the metrics on crime complicate that assertion, an effort to recall Boudin gained enough steam to initiate an official recall election for June 7.

“We’re not dealing with a grass-roots movement. We’re dealing with a small number of wealthy individuals,” said Boudin when asked about the motivation behind the recall.

The DA’s office filed a lawsuit against companies who promote a so-called “gig economy” and Boudin noted that many people who donated to the recall are investors in those companies.

In explaining this disparity in campaign donations, Boudin pointed to the $500 donation cap any individual could give, but no such regulations exist in a recall election where the recall committee received a $1.5 million donation from one single contributor.

Writer Marchese challenged Boudin’s claim that the recall effort is not a “grassroots movement,” noting the 83,000 signatures for the petition. Boudin claims that the issue is that professional signature gathers are incentivized to employ misleading tactics such as saying things like: “Do you want to stop sexual assault? Sign here.”

Boudin noted that the signatures gathered are really a result of the money spent as opposed to reflecting popular support.

The discussion shifted to discussing recidivism, given the DA’s policy of decarceration. Boudin was asked if people have to accept the “increased collective risk of recidivism” in the short term before the long term collective good can be realized.

“We have to recognize that the tough-on-crime approach has had lots of opportunities to reduce recidivism rates, and it hasn’t worked, “argued Boudin.

He added that when California expanded incarceration in the 1900s and early 2000s, two thirds of people were rearrested when released, but the recidivism rate is small for individuals who were re-sentenced and served less time than the original sentence.

Boudin was asked to respond to the perception that progressive policies embolden criminal activity and that conviction rates for violent crime, sexual assault, and murder have gone up.

As for theft, the issue lies with, said Boudin, being able to effectively arrest perpetrators as police have arrested less than three percent of reported auto thefts, pointing to the challenges of arresting burglars as opposed to policy.

When asked about his relationship with the police, Boudin agreed that there are some police officers trying to undermine him, but he expressed his admiration and respect toward San Francisco Police Officers who are “doing a difficult job under historically challenging circumstances.”

Mayor London Breed, who has criticized Boudin’s office, is incentivized to “always support a recall,” according to Boudin because the mayor appoints the replacement in a successful recall vote. With many issues looming in the city such as a drug epidemic and homelessness, “it’s convenient to have a place to shift the blame.”

Marchese wanted to get Boudin’s thoughts as to what extent a district attorney can address those problems, given that the system includes politicians and other actors.

Boudin addressed this question by pointing to the lawsuit suing ghost-gun companies and asking the courts to prohibit them from shipping their weapons to San Francisco; this approach emphasizes taking proactive action to an issue such as gun violence, he said.

Marchesa ended the interview by asking Boudin about people’s perception of him and whether that has factored into the opposition against him.

“The people who work closest with me, the people who know me, the people who have seen the way I approach the problems we face in this office understand that I’m deeply committed to justice and public safety. I believe that criminal-justice reform can make us safer. That’s why I’m implementing these policies. For no other reason,” said Boudin.