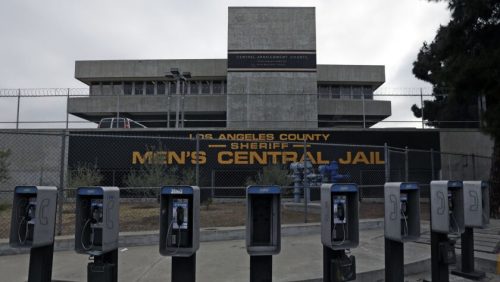 LOS ANGELES, CA — Last week, the Los Angeles County Board of Supervisors took their next step in their multi-year plan to revamp the county’s criminal justice system, a transformation that has been underway for well over two years now.

The goal of the plan is to change the system from a “punitive model to a restorative one,” falling in line with the county’s Alternatives to Incarceration Initiative (ATI), also known as the “Care First, Jails Last” initiative, that was published in Sept. 2020.

The motion passed last week actively searches for suitable facilities that “are most effective for the healing and rehabilitation of youth,” said Chair Holly J. Mitchell in a press statement.

Mitchell affirmed the county’s commitment to the “Care First, Jail Last” initiative that aims to reallocate resources from local law enforcement agencies, diverting people away from jail, and instead using said resources for rehabilitation services.

Supervisor Sheila Kuehl commended her colleagues’ efforts in reimagining juvenile justice. She said in the press release, “Today’s decision takes another major step in working to help our young offenders to rehabilitate.”

This comes just weeks after the Board also voted to create another new department, the Justice, Care and Opportunities Department that would house “various programs created in the last few years in support” of ATI under this new department.

Furthermore, ATI strongly advocates reallocating funds from local first responders and into the hands of other organizations that can provide “emotional and support services” to the arrestees.

In addition to the County’s new proposed juvenile probation center, the Department of Youth Development was introduced.

Major cities such as New York City, Seattle Metropolitan, and Houston have all made similar overhauls to their criminal and juvenile justice system that aim to “look less like a prison” and focus more on mental and social services.

In 2019, the Board commissioned the County Executive to look for “alternatives to incarceration,” an idea rooted in correcting past racial injustices in communities of color and circumventing instances of police brutality that could result in unnecessary death. Los Angeles County was once operating as the largest jail system in the country. Before the pandemic, there were approximately 17,000 people in custody on any given day. That has changed significantly.

Additionally, the “Care First, Jails Last” initiative would also provide a “road map with an action-oriented framework and implementation plan, to scale alternatives to incarceration and diversion so care and services are provided first, and jail is a last resort,” according to the report. In other words, this would effectively eliminate the purpose of housing arrestees in jailhouses and redefine the terms of parole and probation.

Furthermore, the Board of Supervisors also voted back in the summer of July 2021 in a four-to-one vote to close the Men’s Central Jail. This was met with stiff opposition from local law enforcement and police unions.

Sheriff Villanueva is not the only one unhappy with the County’s decision.

At the time, Interim L.A. Chief Probation Officer Ray Levya was also against “defunding and discarding” his department. Local police and detention services unions were not pleased, but the president of one local union did offer a compromise.

Hans Liang, president of the AFSCME Local 685 union, hopes the county will give its members “first dibs” on jobs within the new department and that they offer a “hybrid model” to the new approach in law enforcement.

Finally, in last week’s motion, Supervisor Kathryn Barger was the only one in opposition as she maintains doubts about the framework of the proposed building and programs.

The transition to the new proposed departments will take at least five years to complete.