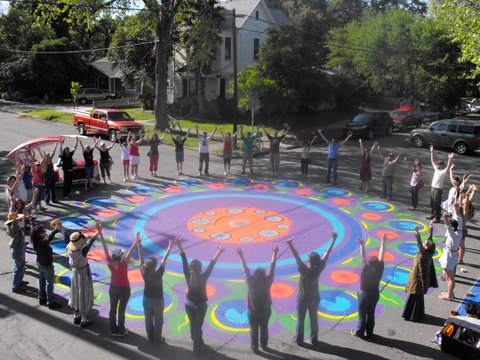 The Old East Davis Neighborhood Association (OEDNA) is requesting review by the California Supreme Court of the recent appellate court decision on the Trackside development project, in the case of OEDNA vs. City of Davis.

We are doing this because we believe that the City should be faithful to the plain meaning of its planning and zoning rules, and because we want to preserve the setting and feeling of our historic neighborhood.

By convention, land use policies adopted by a California city can be interpreted by the same city when the policies are applied to specific projects. While this sounds logical— giving cities flexibility and local control— if understood too broadly, the conventional view could allow a city to reinterpret planning policies in ways that violate their original meaning and intent.

In the Trackside case, the Yolo Superior Court found that the City of Davis overstepped its discretion in approving the project, which does not conform to the City’s land use policies for mass and scale

transitions between the downtown core and traditional neighborhoods.

To our dismay, the appeals court reversed the Yolo court’s decision, and in doing so claimed that the City has almost unlimited discretion in the application of its planning policies.

Following the appeals court decision, the League of California Cities requested that the written ruling be published as part of precedential case law. Communities who value oversight of planning decisions should be alarmed by this.

OEDNA believes that the City should have some discretion, but should not be allowed to ignore planning and zoning rules when they are inconvenient.

If cities can interpret, and reinterpret, planning documents with virtually unlimited discretion, then community-based planning processes— which led to the Downtown Davis and Traditional Residential Neighborhoods Design Guidelines, and will in the coming years lead to a new General Plan— become toothless and meaningless.

Unlimited discretion means that investor-developers may buy a property, intending to build a project larger than planning documents allow, with confidence that a development-oriented city council will reinterpret the policies to allow for the larger project to be built. This should never happen, but it has and it does.

OEDNA welcomes appropriate development that fits with the neighborhood character: we support a three-story to one-story transition, conforming to the Design Guidelines and zoning law, at the Trackside site. A conforming building would provide commercial space and more than twenty dwelling units, densifying the Old East neighborhood and adding housing near the downtown core.

Supreme Court review is OEDNA’s one remaining venue for challenging the City’s overreach in the Trackside matter, as well as the nearly unlimited discretion granted to the City by the appeals court. Our request for review is not only for our neighborhood, but for every neighborhood in California that values its sense of place.

No matter the final outcome, OEDNA will strive to protect the setting and feeling of our neighborhood, support sensible growth, and advocate for other neighborhoods at the grassroots level, citywide.