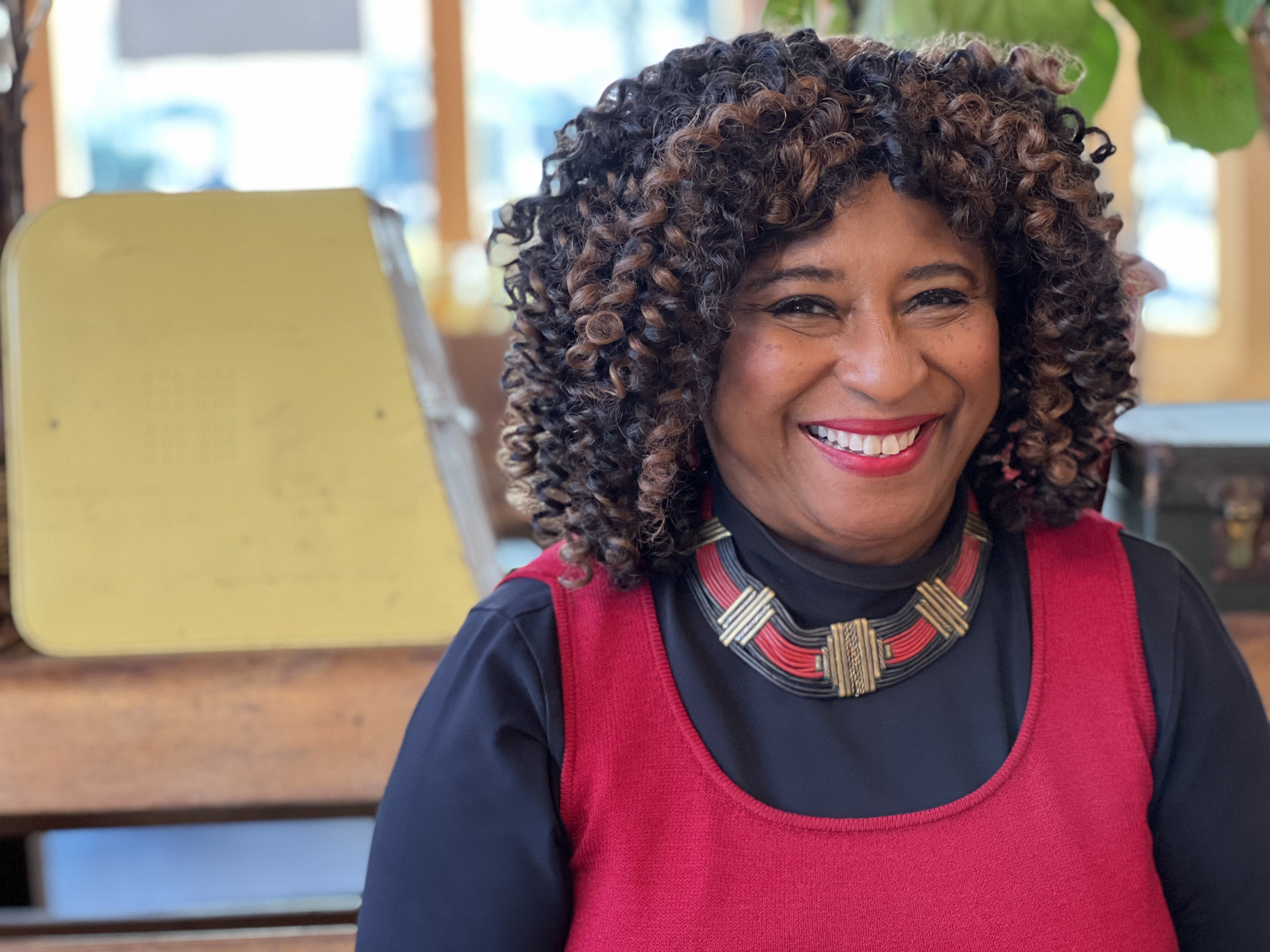 cameos in the trailer highlights from ESPN’s groundbreaking Fifty/50 initiative to celebrity social media praises from San Francisco native, actor and justice reform activist Danny Glover as well as a large spotlight in the March issue of The Nation.

Pamela Price is the only woman in the June 7th primary to elect a new District Attorney for Alameda County. Price filed her official paperwork and fees to be on the ballot on March 8, International Women’s Day.

For The Nation, author Sherry Boschert highlights a pivotal moment in the 50 years since Title IX was enacted in 1972. Title IX is just 37 simple but power words – “No person in the United States shall, on the basis of sex, be excluded from participation in, be denied the benefits of, or be subjected to discrimination under any education program or activity receiving federal financial assistance.”

As part of the 50th anniversary of the impactful and historic legislation, Boschert adapted a chapter from her forthcoming book, 37 Words: Title IX and Fifty Years of Fighting Sex Discrimination for the Nation magazine. The adaptation tells the story of one of the most important turning points in equality for women in education – the story of Alexander (Price) v. Yale. 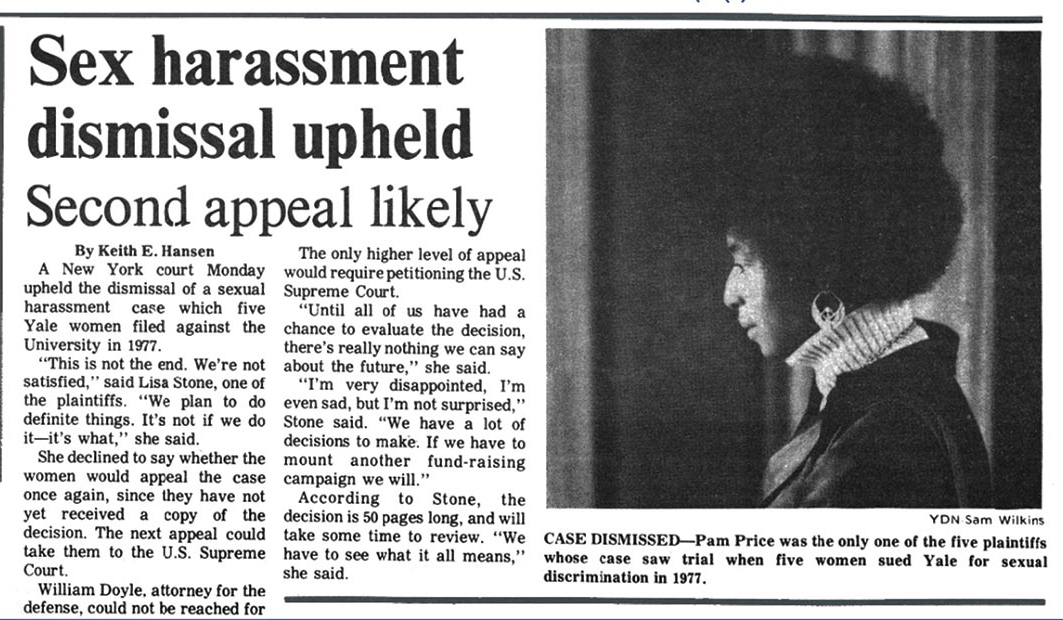 The Nation article highlights the experience of Oakland-based civil rights attorney, Pamela Price, who in 1977 was an undergraduate at Yale College. The story revolves around Pamela’s encounter with a lustful professor who offered to give Price an “A” in exchange for sex and retaliated by giving her a “C” when she refused his request. The case would ultimately set legal precedent – cementing sexual harassment as sex discrimination in education. As a result of the Alexander case, any school that receives federal funds can be sued for sexual harassment, from kindergarten to law schools. 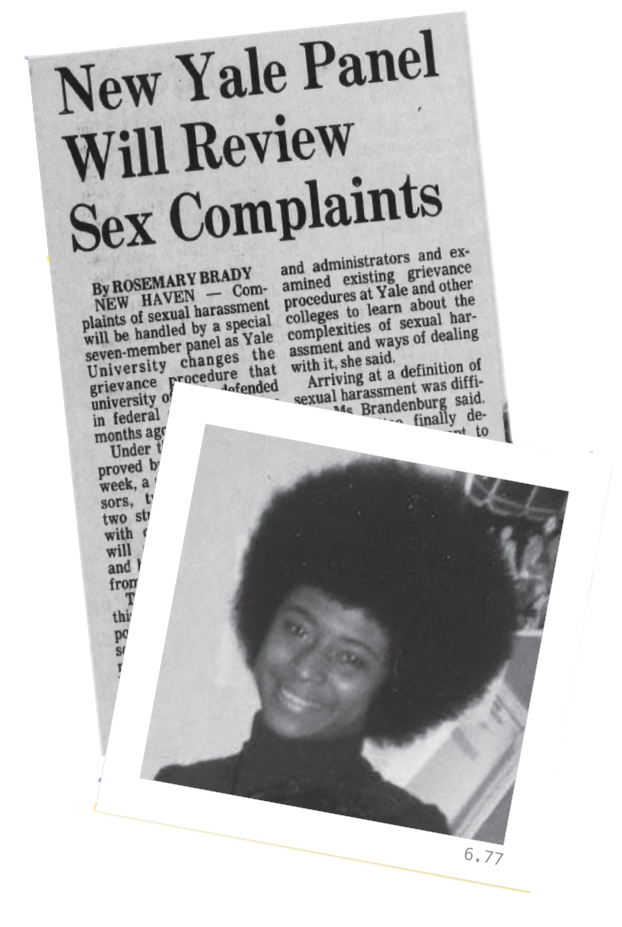 When the Alexander case made its way through the courts in 1977, the only plaintiff left standing was Pamela Price. Boschert calls out this important point where the intersectionality of race and sexual harassment led to an awakening of the mostly white organizers. Soon, the campus movement against sexual harassment “built bridges between Black and white activists.”

Harvard and University of Michigan Law Professor Catharine A. MacKinnon, the legal mind behind the theory of the Alexander case, stated. “I have seen and experienced Pamela’s courage and tenacity since 1977 when we stood up against rape and sexual harassment at Yale. Pamela is a fighter committed to making sure fairness and accountability are balanced in the journey toward justice.”

Price also has a leading role in the trailer highlights of the Walt Disney Company’s new initiative titled Fifty50, a civil rights journey of women who benefited from Title IX. FIfty50 is a documentary event from award-winning filmmaker Dawn Porter which features Price. In the trailer for the documentary, Price can be seen and heard giving commentary in a retrospective of the Alexander (Price) v. Yale case and its historic impact on women in education.

“Title IX positively changed the lives of women and girls across the country. It has opened doors and helped level the playing field. We fought so hard and I am so pleased my small part has made such a huge impact,” said Price. “We have made great strides, but there is still work to be done. Still, women are not going back.”