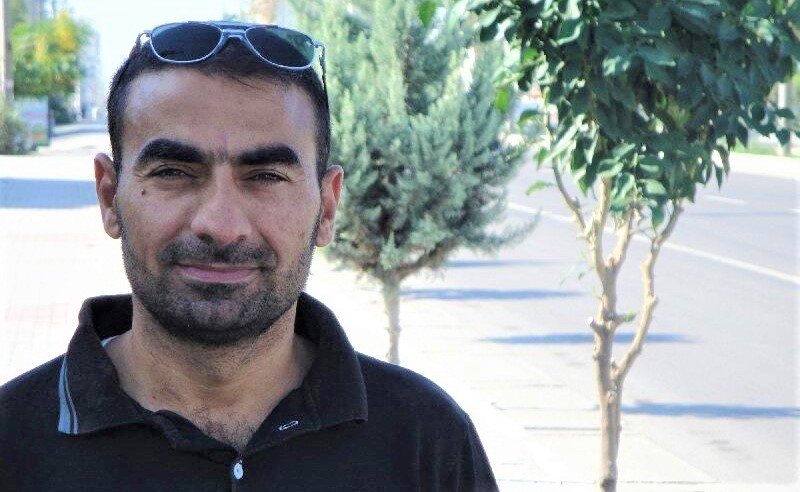 VAN NUYS, CA – An immigration judge here has granted “withholding of removal” for Sacramento resident Omar Ameen under the Convention Against Torture, holding he “cannot be sent back to Iraq because of the likelihood that he will be tortured upon return,” according to a statement Monday by the Sacramento Valley/Central California chapter of the Council on American-Islamic Relations (CAIR-SV/CC).

The U.S. government – which has found extralegal ways to incarcerate Ameen for nearly four years through immigrations and other processes –argued Ameen will “likely be arrested upon removal to Iraq, but that he did not prove that he would suffer torture in custody of the Iraqi government,” said CAIR.

It also argued that he was ineligible for withholding of removal because of their allegations of his involvement in terrorism, which, as CAIR notes, has been disproven many times in U.S. courts.

“The Immigration Judge rejected these arguments and granted Mr. Ameen relief from removal to Iraq. Like the Federal District Court in the extradition decision, the immigration judge rejected the government’s baseless claims that Mr. Ameen is a terrorist and a criminal,” said CAIR.

Ameen has been in custody on false claims of terrorism since Aug. 15, 2018, spending more than 1,300 days away from his wife and four children in Sacramento.

Layli Shirani, Senior Staff Attorney for CAIR-SV/CC, said, “This is not the first time the government has clung to a charge or conviction and fought to keep an innocent person in lockup. But I can think of no other time that it did so despite three separate judicial findings that their claims are baseless, unpersuasive and deficient.”

CAIR said the immigration judge commented the government’s “evidence purporting to show [Mr. Ameen’s] support of and involvement in terrorist organizations has substantial deficiencies and is ultimately unpersuasive.”

The judge said, “Indeed, the unreliability of an Iraqi arrest warrant alone is demonstrated by the United States District Court’s order declining to certify [Mr. Ameen’s] extradition to Iraq, finding the evidence established [Ameen] was not even in Iraq at the time the alleged murder was committed.”

CAIR said that under Article III of the Convention Against Torture, the “U.S. cannot send someone to a country where they will more likely than not be tortured. Mr. Ameen proved that he would be taken into custody and tortured upon his return to Iraq.”

CAIR explained that “Torture is defined under U.S. law as the intentional infliction of severe physical or mental pain or suffering for the purpose of obtaining information or a confession or to punish for an act or suspected act. Countless human rights and governmental organizations, including the United Nations and the U.S. State Department, have found that Iraq falsely arrests and tortures those accused of terrorism.”

Ameen has a pending habeas corpus petition seeking his release from custody and is scheduled for a hearing on the matter on April 13, 2022, before District Judge William H. Orrick of the Northern District of California in San Francisco.

Omar Ameen is represented by Ilyce Shugall and Siobhan Waldron of Immigrant Legal Defense in Oakland, California, and Nicole Hallett of the Immigrants’ Rights Clinic of University of Chicago Law School.

Shugall applauded the court decision, stating, “We are thrilled that the Immigration Judge found what we have been arguing all along—that the government does not have reliable evidence that Mr. Ameen has had any involvement in terrorism. We are also glad that she made the right decision to grant him protection so that he can remain in the United States safely. We will continue to pursue his immediate release from custody.”

Waldron noted, “The federal government’s baseless targeting of Mr. Ameen to pursue a political agenda in its War on Terror has always been unacceptable. The Immigration Judge’s findings make it clear that Mr. Ameen’s continued detention in the name of national security is unwarranted and unjustifiable.”

Hallett commented, “It is time for the government to acknowledge what multiple courts have held: Omar is not a threat to national security. It is time for ICE to release him to his family.”