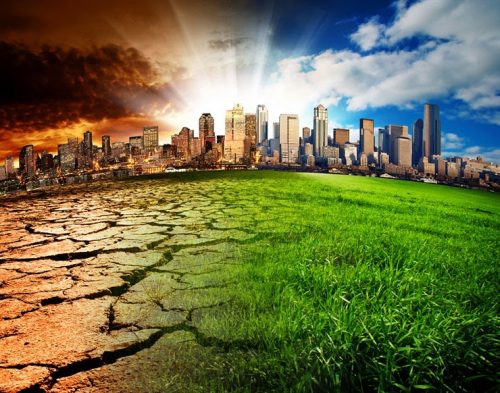 DAVIS, CA — The Natural Resources Commission met on Feb. 28 to discuss updates regarding the Climate Action and Adaptation Plan (CAAP), a project that is supposed to aid in meeting the City Council’s ongoing goals to reduce greenhouse gas emissions.

As stated in the March 2019 Resolution Declaring a Climate Emergency and Proposing Mobilization Efforts to Restore a Safe Climate adopted by City Council, the “City of Davis commits to take significant action to move toward net municipal and community carbon neutrality in the short term, with maximum efforts to implement carbon reduction actions by 2030; and accelerate the existing 2050 Davis carbon neutrality goal to a 2040 target.”

The discussion was led by CAAP Project Manager Kerry Loux, who provided updates regarding community outreach and cost analyses. In response to a city council request for “additional information on cost effective analysis and a deeper dive into greenhouse gas reduction potential for the actions,” Loux described what the next steps for the project would be.

Loux continued to say, “We are going to try to continue community outreach by going to locations such as the Yolo Food Bank, the Davis Community Meals, UC Davis Campus, and high schools.” CAAP staff also plan to visit “places where seniors meet, apartment complexes that have affordable housing units, as well as some outreach to Spanish speaking residents” Loux explained.

Loux then opened up an opportunity for commission members to get more involved, asking, “if there’s anyone on the commission that has a strong interest in helping with some of that work.”

During the discussion, commission member John Johnston, asked for clarification regarding community outreach with UC Davis and any possible climate action plans the campus may have already. “UCD is like our big partner next door and they have their own climate action plan. I’m wondering how we’re interacting with them, or if we are.”

“Faculty and staff at UC Davis are a significant component of the Technical Advisory Committee which was set up as a separate expert committee on the full range of topics that the CAAP is addressing,” Loux responded. “We are looking to them for ways to help implement our actions and collaborate between campus and the city of Davis.”

In terms of new outreach plans, Loux explained the CAAP is striving to build engagement with students on campus, specifically “groups that may not have as much visibility in the community.”

Some examples Loux provided are, “going to the campus community center and talking to students that may have particular areas of interest” or “visiting potentially underserved or vulnerable populations.”

Loux also went on to clarify that, pursuant to city politics, “we might not be able to meet our goal by 2040.” Particularly, the city council may not be willing to authorize certain actions that “may not be financial or time sensitive or politically expedient.”

Currently, the tentative timeline for the CAAP in Davis entails 25% of the cost effective analysis to be completed by March, where the project’s progress will be presented to City Council for approval.

Following that meeting, the project will return in front of the Natural Resources Commission in April for additional comments and discussion, before presenting the updated plan to City Council in May.

The tentative launch date for the Climate Action and Adaptation Plan is slated to be November 2022.

Share:
Previous : Woman Part of Protest against Police Violence Shot and Killed by Neighbor in Portland
Next : UC Davis Study Reveals Future Of Climate Change Is Dependent Upon Increase In Public Pressure On Legislative Reform