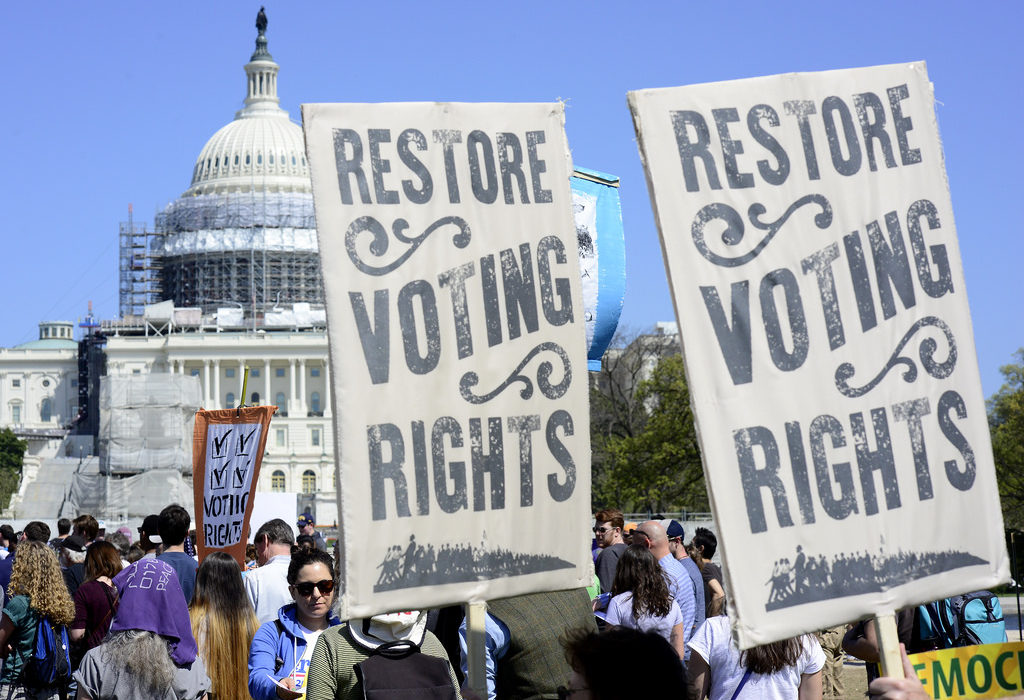 GREENVILLE, MISS – Mississippi civil rights groups have challenged Supreme Court-approved district lines that have been unchanged for over 35 years, after those lines decreased the voting strength of Black votes, and may have violated the Voting Rights Act of 1965 and the U.S. Constitution.

In Section 2 of the Voting Rights Act, it makes unlawful to deny minority groups an equal opportunity to participate in the political process. Yet, this is what has been happening since their voter strength has been diminished, said the ACLU and other group.

Despite the fact that Mississippi’s population is about 40 percent Black, in nearly 100 years there have only been four Black justices elected to its Supreme Court and never more than one at a time, said the pleading, and it has been about 20 years since a Black Jurist won election to the Court and it’s because the current districts minimize the voting strength of Black Mississippians.

Plaintiffs are seeking to have districts redrawn because, as of now, none of the three new districts have been drawn with the Black voting-age majority. This would allow for Black voters to have an equal opportunity to elect candidates of their choice.

Constance Slaughter Harvey-Burwell said that as a parent and an educator “it is imperative to me that our government institutions represent all of us. Our young people should be able to see themselves reflected in their representatives.”

Additionally, Jarvis Dortch, Executive Director of ACLU of Mississippi added, “Thirty-five years ago, Black lawmakers objected to the current districts. The lack of proper representation today is evidence that they were right in their objection. It’s past time to correct these unlawful maps.”

Jon Youngwood, Co-Chair of Simpson Thacher’s Litigation Department said “the right to free and fair elections is a central pillar of our nation’s democracy. Both the U.S. Constitution and the Voting Rights Act make clear that all citizens must have an equal opportunity to participate in the political process. We look forward to presenting our claims to the Court.”

Share:
Tags:ACLUCivil RightsMississippiVoting RightsVoting Rights Act of 1965
Previous : Columbia University to Memorialize Its Historic Past of Slavery and Racism
Next : Commentary: Prosecutor Finds Humor Claiming She “Put Kids in Cages”