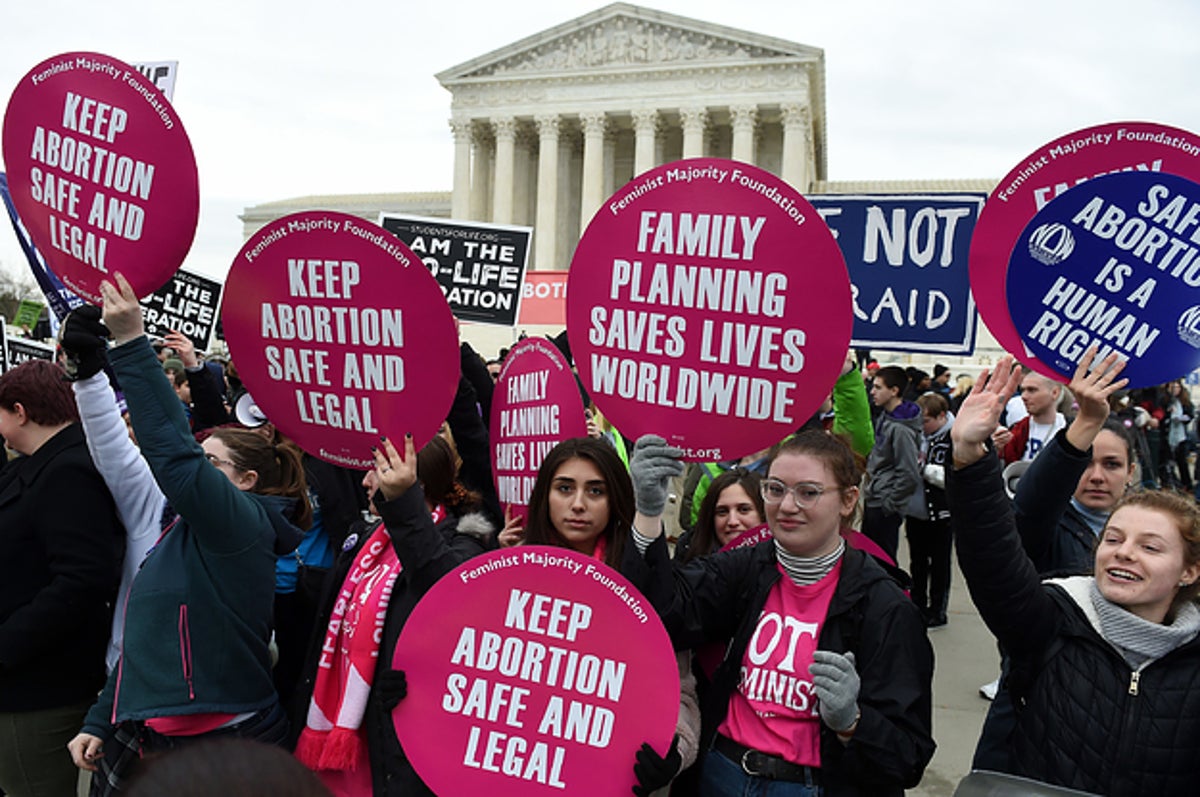 Florida lawmakers approved the bill earlier in April, and the law will take effect July 1, 2022. The bill will replace the current restriction that bans abortion after 24 weeks of pregnancy, according to NPR.

According to NPR, the bill allows for a later abortion if the pregnant person’s life is in danger or if the fetus has a life-threatening abnormality, but not if the pregnancy comes from rape or incest. NPR said that the bill is similar to the Mississippi law that is being challenged at the U.S. Supreme Court.

“House Bill 5 protects babies in the womb who have beating hearts, who can move, who can taste, who can see, and who can feel pain,” said Gov. DeSantis in a statement, adding, “Life is a sacred gift worthy of our protection and I am proud to sign this great piece of legislation which represents the most significant protections for life in the state’s modern history.”

The ACLU and the ACLU of Florida released statements promising the swift legal action they would take to fight for reproductive rights.

“Gov. DeSantis and the Florida legislature’s shameless abortion ban would push abortion care out of reach for countless Floridians. Personal decisions regarding whether and when to have a child should not be dictated by politicians,” said Kara Gross, the legislative director and senior policy counsel of the ACLU of Florida.

“HB 5 ignores real-world situations–it is not always possible for people to obtain an abortion within the arbitrary timeframe provided in this bill, even if they’ve been trying to get one for weeks. There are already so many barriers to abortion care, especially for young people, those with fewer resources, and those who live in rural areas,” added Gross.

“Make no mistake: if this abortion ban goes into effect, it would have devastating consequences for pregnant people, especially those who are not able to afford to travel out of state in search of the essential health care they need. Nobody should be forced to carry a pregnancy against their will,” Gross continued. “We will take swift legal action to protect Floridians’ rights and defend against this cruel attack on our bodily autonomy,” said Gross.

“As the U.S. Supreme Court seems poised to gut or completely overturn Roe v. Wade, emboldened politicians in Florida and across the country have introduced a flood of extreme abortion bans this year,” said Jessica Arons, senior policy counsel for ACLU, arguing, “Florida’s law, and every attack on abortion, leads to forced pregnancy for the people who cannot gather the resources to overcome the barriers put in their way by politicians.”

“Throughout pregnancy, a patient’s health and well-being, not politics, should drive important medical decisions, the nightmare politicians want to force on us is on full display in Texas, where the number of people getting abortion care was quickly cut in half in the state. Other states like Idaho, Tennessee, and Oklahoma are rushing to follow suit,” she said.

Arons added, “These attacks are unconscionable and the end goal is clear: banning abortion entirely. Your rights shouldn’t depend on your zip code. We’ll do everything in our power to protect people’s ability to get the abortion care they need, regardless of where they live.”

Catherine is a freshman at UCLA, double majoring in English and Political Science. She is from Atlanta, Georgia.