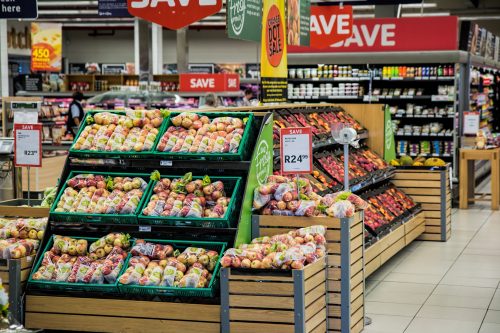 CALIFORNIA – 47,000 workers at major supermarkets including Vons, Albertsons, Pavilions, and Ralphs voted and agreed on Sunday, April 3 to authorize their union to call a strike against several major supermarket chains for higher wages.

The strike would include grocery clerks, meat cutters, pharmacists and pharmacy technicians that are represented by the United Food and Commercial Workers International Union (UFCW).

While the official date of the possible strike has not been set, the United Food and Commercial Workers International Union will continue their talks with the owners of these four supermarket chains, Kroger and Albertsons, on Wednesday. If the negotiations break down once again, then the union will decide if a strike will be effective.

The latest three-year union contracts had expired on March 6th, but in negotiations for the upcoming contract, the union claimed that the companies proposed only a 60 cent increase in hourly wages, which was “shockingly low.” Comparably, the workers had been asking for a 5 dollar increase and other benefits, citing their essential role throughout the COVID-19 pandemic, putting themselves at risk for the sake of the community and the economy.

According to the UFCW, “Both companies have refused to agree to expand safety committees in the stores, and are yet to negotiate meaningful health and welfare benefits.”

In response, Albertsons stated, “The outcome of the strike authorization vote does not change anything related to this process… We remain committed to negotiating a contract that is fair to all parties, including our employees, and will continue to work to achieve that.”

In January 2022, a report published by Los Angeles-based research group The Economic Roundtable found that more than two-thirds of Kroger workers struggled to afford food, housing, and other basic needs due to the low wages and part-time work schedules. This was based on a survey of 10,000 workers in Southern California, Colorado, and Washington.

Meanwhile, wages for Kroger workers have decreased between 11% and 22% across the surveyed regions since 1990, when adjusting for inflation.

According to the Los Angeles Times, many workers had their hours cut due to COVID-19, exacerbating their problems. Others reported inadequate security and staffing in Kroger stores, as well as failures to enforce mask-wearing and social distancing.

The union calls for an increase in minimum pay by 5 dollars, doubling the amount of workers with full-time hours, and adding worker-elected positions to the company’s board of directors in order to represent the union.

John Votava, the Director of Corporate Affairs for Ralphs, released a statement on March 27th explaining that, “The UFCW’s wage proposals ‘would lead to 400 dollars more in monthly grocery bills for most Southern California households [and] push customers to nonunion competitors who do not respect collective bargaining.’”

“Our three goals through negotiations are to reward and invest in our people, keep groceries affordable for our customers and maintain a sustainable business that creates jobs in the future,” said Robert Branton, vice president of Operations at Ralphs.

Votava claimed that the 20% increase in wages that the UFCW is proposing will raise grocery prices, as well as lead to a reduced market share and unionized employment at Ralphs, which would directly go against the three goals that Ralphs strives for.

Meanwhile, he claims that their investments have grown hourly wages to 26 dollars, and that their latest proposal would invest 141 million dollars into new wages for the next three years, as well as keeping the health care costs for associates stable. Thus, Ralphs’ top rate associates would be raised 2 dollars hourly, to 22.50 dollars per hour.