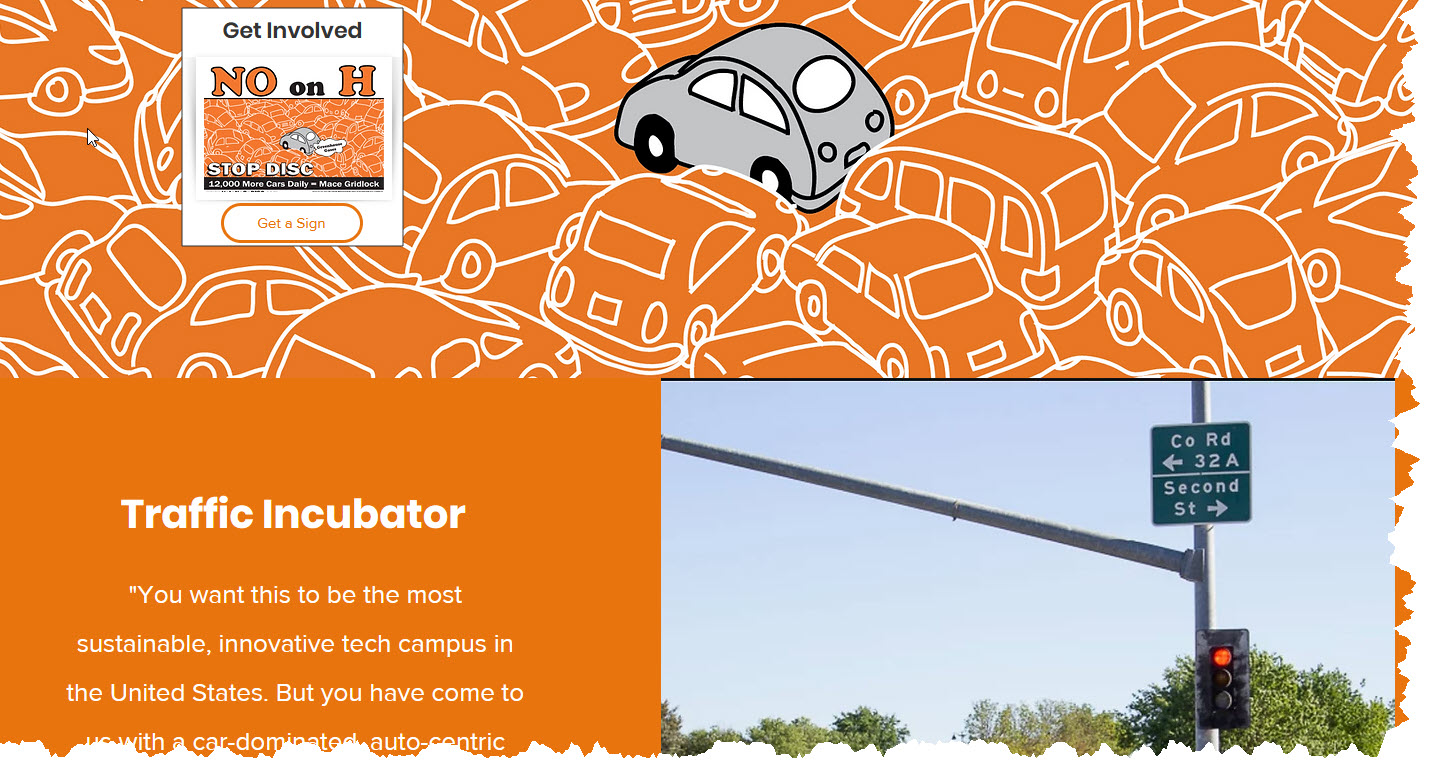 DAVIS, CA – As the Measure H race heat ups, we take the time to examine the opposing websites and provide the claims and arguments each side is making regarding the election.

“Advancing Davis,” those are the words with which visitors to the “YES on Measure H” website are greeted. Those words are followed by a brief argument as to why voters should support Measure H come the June elections. The brief argument mentions “affordable housing, protecting endangered species, and permanently preserving hundreds of acres of agricultural land” as reasons to support measure H, along with the creation of “quality jobs for UC Davis graduates and our kids

who are starting their careers.”

The website claims DiSC will not only provide jobs to UC Davis graduates and STEM internships to Davis High School students, but it asserts that DiSC will attract “next-generation companies focused on solving the world’s greatest challenges, like climate change, food supply, and water scarcity.”

It also claims that DiSC will be a “carbon-free model for California” as it requires “100% renewable power on-site, enforceable in a court of law.” Additionally, the website claims that DiSC will improve Davis infrastructure by paying for “critically needed, safe bike paths and a safe bike and pedestrian undercrossing of Mace Boulevard.”

According to the website “an objective, independent study confirms that road fixes paid for by DiSC will improve safety and reduce average commute times near the Mace/I-80 interchange by up to 3-1/2 minutes.”

The project will also create new greenbelts for Davis residents and new soccer and other recreational fields, “all at no cost to taxpayers.”

The website claims that the project will bring in $29 million dollars in one-time revenue, that will be used to fix Davis infrastructure and “help pay for a new library and community center.”

According the “Yes on Measure H” website, “DiSC is endorsed by the entire City Council, Davis Chamber of Commerce, UC Davis graduate and undergraduate student associations, and the Democratic Party.”

Vote No on DiSC

The “Vote No on DiSC” website greets the visitor with a visual of vehicle congestion with a lone grey car surrounded by orange cars on all sides. The words “Traffic Incubator” are found directly under the visual of the grey car stuck in traffic and is followed by a quote from the Davis Planning Commissioner, made before the initial vote on the first version of Measure H in 2020.

“You want this to be the most sustainable, innovative tech campus in the United States. But you have come to us with a car-dominated, auto-centric proposal on the edge of town, far from the capitol corridor station, not linked to good transit, with huge parking lots and parking structures…”- Davis Planning Commissioner, February 26, 2020

The website claims that 12,000 cars will be added to traffic on Mace Blvd., “every day causing gridlock.” It also claims that “313,000 sq. ft. of existing commercial space in Davis (is) projected to become vacant.” It reports a “4.5% Increase to the Davis carbon footprint” and “20,000 metric tons of new carbon emissions into the atmosphere each year” resulting from the project, citing the DiSC Supplemental Addendum and DiSC EIR addendum. And it reports an additional 2,050+ parking spaces to be built.

The “Vote No on DiSC” website also gives visitors 10 “Reasons To Vote No.” Among the arguments presented, the website claims that DiSC will create “Massive Traffic Gridlock.” It argues that traffic from DiSC along with four other housing proposals will “turn the already congested Mace Blvd. corridor into a traffic nightmare.”

Subsequently, the website also argues that the project has “No Plan to Mitigate Traffic.” It alleges that “the City and Developer have not developed any plans on how they will actually mitigate for this massive influx of new traffic,” stating “All they have committed to is ‘to study the traffic issue.’”

The claim goes directly against the “Yes on H” website which states that “road fixes paid for by DiSC will improve safety and reduce average commute times near the Mace/I-80 interchange by up to 3-1/2  minutes.”

The website also claims that “greenhouse gas emissions (resulting from DiSC) would thwart our City’s recent Resolution Declaring a Climate Emergency mandating carbon neutrality by 2040.” However, the DiSC website claims that the project will require the use of “100% renewable power on-site, (which would be) enforceable in a court of law.”

The “Vote No on DiSC” website also argues that DiSC will make downtown Davis “deserted and dilapidated” as a result of commercial competition from DiSC. It questions the financial projections of DiSC, citing the competition of other commercial properties in West Sacramento and Vacaville and the ability of DiSC to bring in commercial tenants.

The website also mentions concerns with housing, land use, and the scale of DiSC.