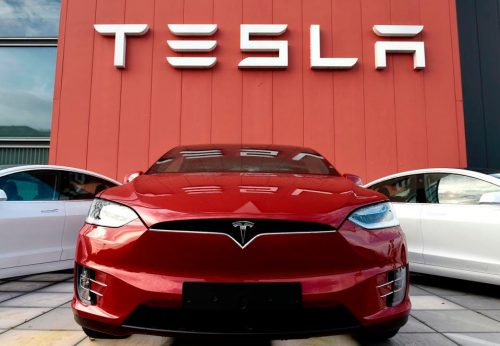 ALAMEDA, CA – Tesla fired a former Construction Project Manager after he reported mentally and physically unsafe working conditions. Marc Cage, who is African-American, alleges that that management and other employees repeatedly directed racially-charged comments at him and that his workplace in Alameda had racist graffiti targeted toward his race. In addition, his lawsuit contends that he experienced hazardous working conditions.

Part of the lawsuit states that Cage’s working area, including the walls and every bathroom, was filled with graffiti that included swastikas and racial slurs. Cage claims that other employees degradingly called him “boy” and tormented him with racially-charged insults, which they claimed were “jokes.” When looking over an expense report for groceries, a supervisor asked if he spent “$160 on BBQ.”

In addition, Cage dealt with exposure to dangerous conditions such as building code violations. The lawsuit also states that after reporting these mentally and physically unsafe working conditions as a Black employee, Tesla transferred, demoted, then fired him. According to Cage’s attorney Tamara Prevost, “Mr. Cage’s allegations that his firing was racially motivated spell out a clear wrongful termination claim under California law.”

Allegations of racist culture are not novel to Tesla. Last year, former employee Owen Diaz sued Tesla for racial discrimination after being called racist slurs by other employees and management. Another former employee, Melvin Berry, sued the company earlier in the same year for similar reasons. Berry and Diaz won $1 million and $137 million respectively, but there are likely many more employees who have not received justice.

Cage’s case directly follows California’s lawsuit against Tesla for racial harassment of Black employees in a facility in Fremont. Although Tesla says they “have come a long way from 5 years ago” to improve their working environments, the prevalence of these lawsuits hints that the abuse will continue.

Melissa Montenegro, an attorney at Cotchett, Pitre & McCarthy – the firm litigating the case–states, “We expect further discovery into Mr. Cage’s allegations will reveal that very little about Tesla’s culture has changed, despite its public assurances.”

Tesla has yet to acknowledge this current case publicly. The Vanguard at Berkeley has reached out to Tesla for a comment with no response.

Share:
Tags:Dangerous Working ConditionsLawsuitMarc CageRacial DiscriminationSocial JusticeTeslaTesla lawsuitVanguardVanguard at BerkeleyWrongful Termination
Previous : Commentary:  As It Turns Out, Martin Was Not Early Released at All, Parole Had Nothing to Do with It, the Media Blew It
Next : Supreme Court Justice Clarence Thomas Faces Pressure to Recuse Himself From Trump-related Cases