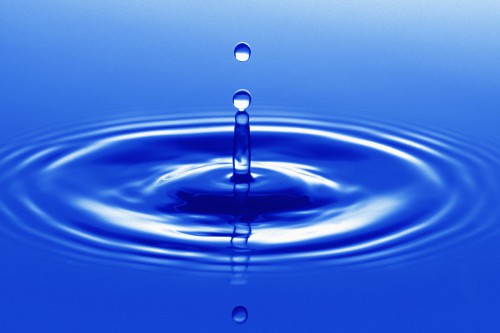 SACRAMENTO, CA – Spring is just around the corner and California is heading into its third year of a severe drought. Many cities in the state have seen warmer weather than usual from January to March which are considered to be the wettest months of the year. Due to this, on March 28, 2022, California Governor Gavin Newsom announced that he will be ordering water agencies throughout the state to tighten water conservation rules.

According to the U.S. Drought Monitor, 93 percent of California is in a severe drought, which is up from last year’s 65 percent.

“While we have made historic investments to protect our communities, economy and ecosystems from the worsening drought across the West, it is clear we need to do more,” Newsom said in a statement.

To combat California’s growing drought problem, Governor Newsom is taking a different approach to the issue. Rather than issuing mandatory statewide water cuts with fines for water districts and cities just like how previous California Governor Jerry Brown did in 2015, Newsom is allowing water companies to set their own rules.

“What we learned from the last drought is that it’s really important to listen to locals,” stated Jared Blumenfeld, Secretary of the California EPA. “We live in a state that has many different hydrological zones and water usage scenarios. The one-size-fits-all doesn’t really work.”

Under the executive order signed by Governor Newsom, it is required that the 420 water agencies, cities, private water companies, and water districts around the state go into “level two” of their water shortage contingency plans.

Level two in some areas triggers higher rates or penalties toward residents who use more than a set amount of water. Additionally, level two requires limits on the number of days a week that residents can irrigate landscaping, to make up an overall water shortfall of 10 percent to 20 percent. Specifics for each water provider are expected to be announced in the coming weeks.

As of now, it has been reported that 59 percent of California’s urban water suppliers have not set level two in place. For example, The East Bay Municipal Utility District, which serves 1.4 million people in both Contra Costa and Alameda Counties, is currently at level one. However, The San Jose Water Company which serves one million people throughout the South Bay is at level three. Being at level three limits watering to two days a week rather than three days for level one. In addition, level three also sets higher rates per gallon for customers who use the most water.

“It’s a step in the right direction,” stated Heather Cooley, research director at the non-profit Pacific Institute, a water think tank in Oakland. “I’m surprised to learn that more water suppliers aren’t already at level 2. I am also concerned that level 2 won’t be enough, given the severity of the drought.”

Furthermore, these water agencies under state law are required every five years to plan out six different levels of restrictions depending on the severity of each drought, with level six being the most severe.

Should conditions continue to worsen, “there could be an action to move to Level 3, rather than moving wholesale to a completely across-the-board number,” Blumenfeld claimed.

Although many view Newsom’s new order as a step in the right direction, many experts believe otherwise.

“Is Tier 2 enough for the significant, historic drought we’re facing now?” asked Tracy Quinn, an engineer with the Natural Resources Defense Council. “Will that receive the amount of conservation that we need to get us through this year and what could be another dry year, or several dry years, to come?”

Furthermore, Quinn went on to claim that several agencies such as the Los Angeles Department of Water and Power have kept conservation plans in place since previous droughts and are worried that this new plan of Newsoms will allow for more business as usual.

In addition, some residents, particularly in cities and towns, seem to be ignoring the state’s pleas to take the drought seriously and cut back. For instance, in January, Californians used nearly 3% more water statewide compared to before the drought emergency was declared.

Overall, from July through January, Californians cut back by less than 7% statewide compared to 2020, according to state data.