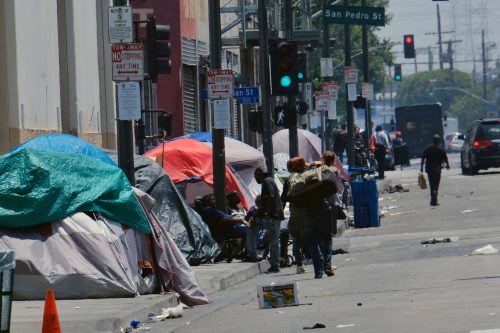 LOS ANGELES, CA–A recent audit of Los Angeles’ finances found that housing costs for the homeless are increasing rapidly with inflation, despite voters passing a measure in 2016 to fund these developments, according to ABC News.

The 31-page report disclosed significant impediments affecting the completion of the proposed housing developments. This comes at a time when homelessness is gaining national headlines and many Los Angeles voters are wondering if the measure will even put a dent in the crisis, let alone fix it completely, said ABC.

ABC reported that Los Angeles was experiencing a homeless crisis before the pandemic. In 2016, L.A. voters passed a bill—Proposition HHH—a “$1.2 billion bond to more than triple L.A.’s annual production of supportive housing and help build approximately 10,000 units for homeless Angelenos across the city.”

City Controller Ron Galperin highlighted important issues with the current developments. He found that the cost of some developments are “exceeding $700,000” with another costing roughly $837,000 per the audit. Other projects, he pointed out, are reaching “staggering heights,” and are eating away at the money set aside by the bond measure.

Although 1,200 units have been built so far, Galperin suggests the number of units proposed overall is “wholly inadequate” in reference to the homeless population. It is not enough, and there are many challenges in completing the projects fast enough, such as inflation.

The pandemic brought up unexpected challenges to the global supply chain, such as the lumber supply. The disruption in one critical area could cause a “chain reaction,” as the shortage of a major resource can affect prices set by manufacturers.

Another unexpected phenomenon is that more people are buying homes than ever before since the Great Recession. This has cut into demand and has caused fees to increase within the city’s project.

The cost of housing is another significant issue and Los Angeles is well known for being one of the most expensive places to live. Los Angeles always had this dichotomy of the homeless being located near wealthier neighborhoods, but another unexpected consequence of the pandemic was the proliferation of people living in their tents, cars and RVs.

Previously, notable homeless hotspots were centralized in Venice, Hollywood and Skid Row. Now, they are more profuse and dispersed throughout the county. The San Fernando Valley was not a common place for the homeless, but encampments now crowd the area despite hot and alarming temperatures during the summer time.

Furthermore, in response to the city’s development progress, Galperin said the city “is still unable to meet the demands of the homelessness crisis.”

However, it should be noted that significant improvements have been made on the city’s part. Since 2013, the money allocated from the city budget to serve the homeless has increased “from 10 million to $1 billion” dollars, according to ABC News.

That was when the homeless population was hovering below 35,000 before the pandemic. Now it is approximately 41,000, according to the city’s point-in-time count published in 2021, and the number is projected to increase in 2022.

However, Mayor Garcetti rebutted and offered a different perspective. In a tweet, he praised the program for “producing more units than promised, at a lower cost than expected,” and added that, “HHH will deliver 10,300 units of supportive and affordable housing by 2026.”

However, advocates like John Maceri of People Concern, a nonprofit organization serving the homeless, said the program represents a small amount of the money needed to complete these projects. He praised the program as being “a step in the right direction” but addressed that more needs to be done.

According to Maceri, “Housing has not kept pace with the urgency of the unsheltered homelessness crisis.”