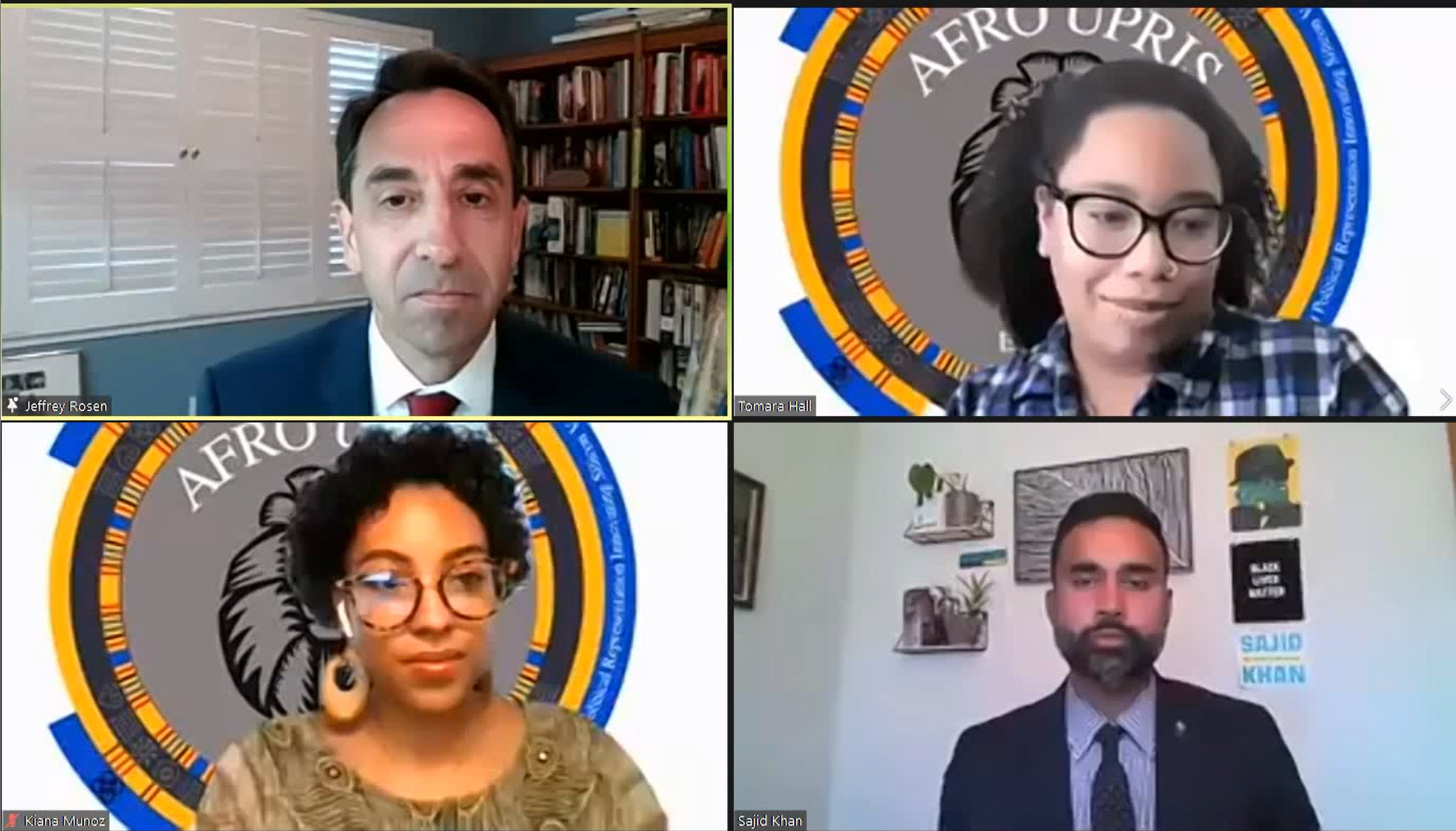 Because it was sponsored by a Democratic club, Daniel Chung, the third candidate, was not eligible to participate, as he is not a registered Democrat.

Question: With the LGBTQ community under attack, how will you support the community here in San Jose and throughout the county?

Jeff Rosen: “First thing I want to tell you is I’m so proud to have the sole endorsement of BAYMEC for district attorney, and I’m really pleased that BAYMEC has recognized the special outreach that we’ve done to the gay and lesbian, and LGBTQ+ community.”

He continued, “You have a very diverse office and of the prosecutors I’ve hired, I’ve hired more than 50 percent that are either African American, Latino, or LGBTQ+.  So we’ll continue to do special outreach to the LGBTQ+ community when hate crimes are committed against LGBTQ+ individuals.”

He added, “I file and prosecute those as hate crimes. And I’ve done that several times in the last few years because I recognize the tremendous harm that’s done, not only to an individual but to a whole community,  from a hate crime.”

Sajid Khan: “Mr. Rosen mentioned bathrooms and it actually triggered a memory where one of my colleagues …  brought litigation to dismiss a class of cases where San Jose police officers were essentially staging setups, where they were soliciting gay men at Columbus Park in the bathroom, and then arresting those men  and utilizing police resources in that pursuit and then turning those cases over to the DA’s office where

the DA’s office prosecuted those men.”

The litigation was brought to dismiss those cases “because of the discriminatory use of policing and prosecution against gay men—and those cases were all dismissed despite opposition from our incumbent DA’s office.”

They moved to one-minute audience questions…

Question: In what way will your office hold accountability and improve conditions within Santa Clara County’s jail?

Jeff Rosen: “While the Da does not run the jail, the sheriff runs the jail, there are many things that I’ve done as DA, and that I’ll continue to do to try to increase the humanity and the empathy and the compassion within the jail.”  He said he “went to Germany several years ago with the Vera Institute to study German prisons, which are much more humane and rehabilitative than ours.”

He said that “part of that experience when I came back to Santa Clara County is looking at ways in which we can improve our jail facilities so that they are more rehabilitative.  That included things like letting individuals incarcerated, wear their own clothes, begin the reentry process, as soon as they are come into custody and providing more programming like the parent project from the DA’s office.”

Sajid Khan said he has been part of the community fighting against building the new jail, and “the allocation of hundreds of millions of our county resources towards a carceral facility and said instead demanding that we utilize those resources on the front end of our communities for things like mental health treatment, substance abuse, and trauma-informed care, so that we can prevent people from ending up in our jails in the first place.”

He said “the best re-entry is to never have someone come into our jails unless absolutely necessary.”

He added that “this idea that our jails are more humane under Mr. Rosen’s watch is laughable. I’m in our jails, they are not places of healing. They’re not conducive to rehabilitation. In fact, it’s arguable. And I do argue that they breed the very harms that we are allegedly turning to them to protect us from.  People are not wearing their own clothes. They’re called bodies. They’re dehumanized, they’re separated from their families. They only see their families through glass window visits. That’s not conducive to healing.”

Question: What victim services would you make available to those who lose loved ones to police violence?

Jeff Rosen: “Under my leadership, the district attorney’s office has a victim’s services unit for the first time in its history, which has more than 40 advocates and claims specialists that serve thousands and thousands of victims of crime every year. Housing, restitution counseling, any funeral expenses, uh, when, uh, an individual is shot and killed by the police, depending on those circumstances, there may be something that the district attorney’s victims services unit can do. We’re constrained by the law in terms of what services we can offer under what circumstances.”

Sajid Khan: “So I’ve sat in community rooms specifically at Silicon Valley De-bug with families who have lost loved ones to police violence. I’ve sat not to speak, but to listen. And I’ve heard countless accounts of people who have lost loved ones to San Jose police officers, or to police officers in Santa Clara County being left behind and forgotten, not afforded services, not afforded any sort of victim impact restitution or anything like that because our DA’s office has never prosecuted a single police officer who has shot and killed our fellow human being in Santa Clara County under the watch of Mr. Rosen. So those people are left without services, they’re left without trauma-informed care. It’s critical that we hold police accountable when they violate the law. I’m committed to doing that once I’m elected. And it’s critical that we ensure that victims of harm, regardless of whether there is a prosecution or a conviction, are afforded services in order to be healed in whole, in our community.”

Question: What is the District Attorney’s office’s role in the Board of Supervisors declaration that racism is a public health crisis when an individual group of organizations commits to a racist act.?

Sajid Khan: Mr. Rosen mentioned a blog post or blog posts of mine. One of the blog posts that I wrote that became an editorial was after the killing of George Floyd, where I stated publicly Black lives matter and called upon our communities to hold our district attorney’s offices accountable for their roles in perpetuating the dehumanization of Black lives, for their roles in perpetuating police brutality. And what was the response of our incumbent DA? He filed a complaint against me. He tried to have adverse consequences inflicted upon me for telling the truth and for calling accountability towards his office. When we talk about racial justice or racial systemic racism as being an epidemic in our communities, it’s an epidemic because it flows from the very DA’s office that Mr. Rosen is the head of and has been the head of for over 12 years. I’ve been committed to fighting against systemic racism, my entire career as a public defender and that is the motivation for why I’m running now for Santa Clara County DA, and I will embody this fight once elected.

Jeff Rosen: “I think that the best response I can make to that is a piece that all of the Black prosecutors in the DA’s office wrote in response to one of the many blog posts that Mr. Khan has put up, many of which he is of course, hidden and deleted. They wrote the following: ‘While many of us have been attorneys longer than you. We almost assuredly have been Black longer than you. Every Black prosecutor, we know, became a prosecutor to curb systemic racism and to protect our communities. Your opinion piece, whether intentional or not, Mr. Khan, shows a complete lack of understanding of the role of a prosecutor. To be blunt, Mr. Khan, you have no idea what goes into the decisions to charge, prepare, or prosecute a case. As a defense attorney, you have the luxury of advocating for one client at a time without considering the impact on the larger community. As a prosecutor we pursue what is just for the victim, the community, and the defendant contrary to your assertion…”