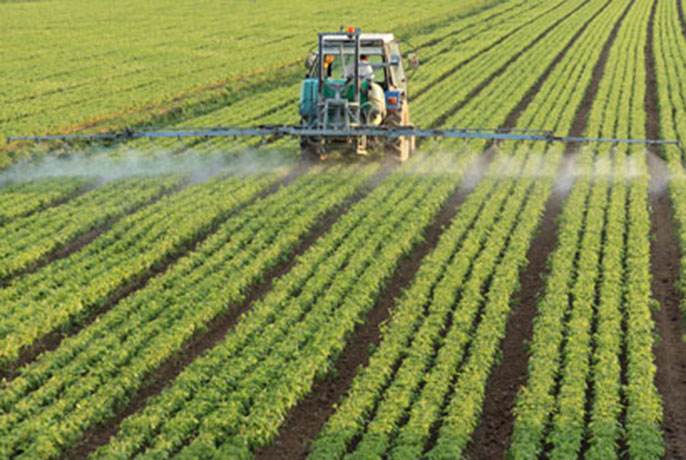 Davis, CA – In February Councilmember Dan Carson made the comment that “this innovation center could help save our planet.”

He explained, “Our UC Davis colleagues are now managing $968 million in research. Every year. They’re leading in ag tech and sustainability. They’re going to lead to new basic research, but they’re also going to get us to products and things that will help address climate change and prevent it, but also things that if climate change is going to happen, help us adjust and cope with it.”

Some of the Vanguard commenters had a field day with the comment.

I was reminded of the comment earlier this week when someone noted “in light of the coming world food shortages that we’re all being warned about should we really be taking farmland permanently out of circulation?”

While it would seem that in light of potential food shortages saving as much agricultural land will be a key to the future, the reality is that—with projected population growth along with an intensification of climate change—the key to the future is going to be more food production and really more caloric capacity on existing land.

A 2019 study by the World Resources Institute, an environmental group, found an extremely daunting challenge.  In short, the population was expected to grow from just over 7 billion at the time of the study to around 10 billion by 2050.

Based on current trends, the study found that the world would need to produce 56 percent more calories in 2050 than it did in 2010.

This a 56-percent food gap.

Worse yet, as the world grows in affluence, “Consumption of milk and meat—foods that rely heavily on pasture for their production—is likely to grow by 68 percent. These rates of growth exceed those that prevailed from 1962 to 2010.”

There is a myth that is frequently cited, saying “the world already has an overabundance of food and could meet future needs without producing more food.”  The study found this to be based “on an unrealistic, even if desirable, hypothetical.”  Namely, “it presumes that the world not only consumes fewer animal products per person, as this report encourages, but by 2050 eliminates nearly all meat consumption; that people shift from meat to vegetables and legumes and consume the same high-yield crops now used for animal feed; that all food loss and waste is eliminated; and that food is distributed just enough and no more than to meet nutritional needs of every person in the world.”

The study notes, “One strategy to close the food gap could be to clear more land for agriculture—but at the cost of great harm to forests and other ecosystems and the people who depend on them, and large releases of stored carbon from vegetation and soils. Today, croplands and pasture occupy roughly half of all vegetated land.”

They note, “Our target is to hold agricultural land area—cropland and pastureland—to the area used in 2010.”

That doesn’t sound that realistic either, without greatly increasing the density of existing cities.

The study notes, “The land gap is thus the difference between the projected area of land needed to meet global food demand in 2050 and the amount of land in agricultural use in 2010.”

They explain, “The size of the land gap depends on how quickly crop and livestock yields can be improved. If the world were to experience no gains in crop and pasture yields and no moderation in demand for food (what we call our ‘no productivity gains after 2010’ scenario), agricultural land would expand by 3.3 billion hectares, virtually eliminating the world’s forests and savannas.”

The key to feeding the world is going to be developing the technology to improve productivity.

And who could lead the way on such technology?  How about UC Davis?

A couple of articles illustrate the potential.

From January, UC Davis Magazine ran a story, “Cultivated Bacon: Is Cultivated Meat a Viable Prospect to Feed the World?”

The prospect here is not exactly appetizing to this vegetarian, but they are looking into the possibility of “actual flesh grown under lab conditions instead of being harvested from an animal or fish.”

They note, “Some see this ‘cultivated meat’ as promising lower environmental impacts or a way to enjoy meat without the need to slaughter and process animals. In any case, it’s set off an investment boom in recent years as startups vie for the technology that could win an entire new food sector.”

“The societal need is to provide dietary protein for a growing population,” said David Block, professor and chair of the UC Davis Department of Viticulture and Enology and professor in the Department of Chemical Engineering. “If the current food system can’t expand, we have to come up with alternatives.”

And in fact, UC Davis reports that Professor Block leads a UC Davis team that was awarded a National Science Foundation grant in September 2020 to study cultivated meat.

“The grant grew out of the UC Davis Cultivated Meat Consortium, established in 2019 under the Biotechnology Program. With support from two nonprofits, the Good Food Institute and New Harvest, the consortium aims to meet needs of the new industry for research and growing interest from graduate students.”

A release from UC Davis in February notes, “Wheat products account for roughly 20% of what people eat every day around the globe. As climate changes, wheat crops must adapt to new weather patterns to keep up with demand.”

The University of California, Davis, is leading a five-year, $15 million research project to accelerate wheat breeding to meet those new climate realities, as well as to train a new generation of plant breeders.

“Breeding crops for the future will require new traits, breeding platforms built for quick transfer of traits to elite cultivars, coordination of breeding efforts in public and private domains, and training for current and future plant breeders and researchers,” NIFA said in an announcement about this grant and others related to breeding.

Once again the opportunity exists to take research and put it to market—and that research is happening at UC Davis and that market is likely to be happening in the Sacramento Region, perhaps even in Davis itself.

The key to the future is thus going to be the ability to create more productive food production methods that can close that 56-percent food gap.

54 thoughts on “My View: Innovation in Food Productivity Will Be the Key to Feeding the World as Soon as 2050; UC Davis Could Be Leading the Way on Such Efforts”