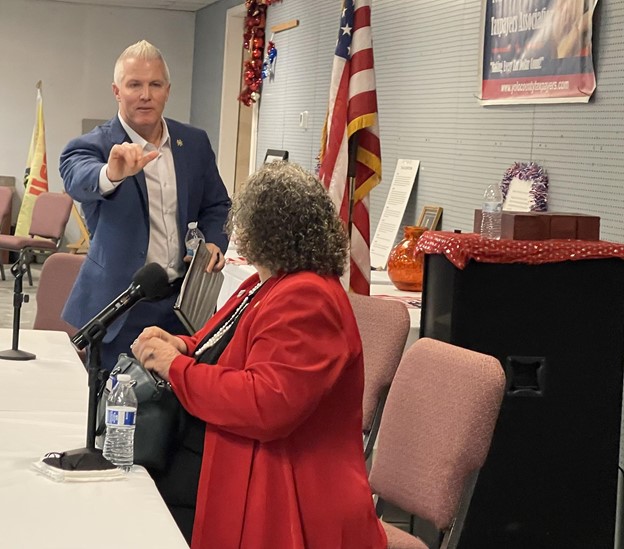 Yolo County District Attorney Jeff Reisig claimed Brett Pedroia made donations to the Cynthia Rodriguez campaign, putting him over the legal limit of $4900, in an April 11 California Globe article.

Pedroia, who was convicted in 2009 of oral copulation with a minor, was also called a “child rapist seeking a soft on the crime district attorney,” by Reisig.

In an email to the Vanguard, Pedroia said what seemed to be a donation was a clerical error.

“The plan was to send the original October contribution of $2,000 to a non-profit and return the last donation in December of $1,500 back to me directly,” Pedroia said. “But it was

accidentally charged on my credit card again by the Rodriguez clerical team.

The Rodriquez campaign has confirmed the mistake happened on its end.

After Pedroia and Rodriguez caught the error, Pedroia’s team reached out to the Reisig campaign and the Fair Political Practices Commission (FPPC)

Pedroia notified the Rodriguez campaign and told them the best thing to do is for Rodriguez to send the entire $3500 to charity since Pedroia didn’t want anything more to do with another transaction.

Attorney Steve Sabbadini has taken over for Pedroia after the mistake was found, and was retained to help Pedroia finalize the misunderstanding with everyone involved.

“I want to put my contribution behind us and everyone needs to move on,” Pedroia said.

Pedroia said that he sees the same kinds of mistakes happen periodically on his end of the business too.

“It’s not something that should have not gotten so blown out of proportion once we all figured out it was a mistake on a clerical error, and by me not catching the accidental charge first, it was hard to pinpoint it because it looked like on paper it had just been credited in the amount of $1,500 until we dug into my bank statements and found out is what happen,” Pedroia said.

Brett Pedroia will have no more comments in regard to this district attorney’s race, according to the email.