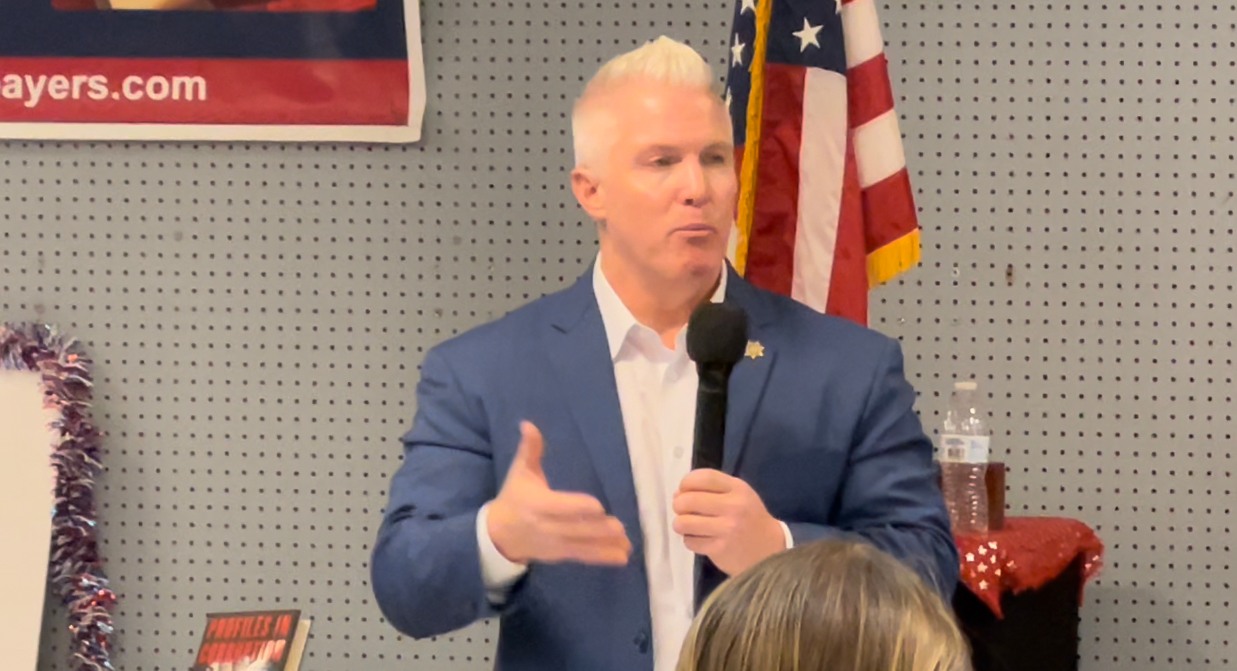 Woodland, CA – The American Civil Liberties Union (ACLU) of California sent a survey to all District Attorney candidates, in an effort to encourage folks to vote and offer guidance about the issues it feels are important and at stake in the 2022 election.

The ACLU’s Yolo County contacts were notified of the survey and Cynthia Rodriguez, challenging for Yolo County DA, submitted a response.

Current and longtime Yolo County DA, Jeff Reisig, has not responded to the ACLU.

The vast majority of DA candidates, many incumbents, have not responded to the survey according to the Vote4DA website.

“Our team has reached out to Jeff Reisig several times, to multiple emails, and no response to our questionnaire yet. However, we plan to resend for the 3rd time the questionnaire email to Reisig,” an email from the ACLU said.

The ACLU is not sure if he will be responding and is going to discuss how to proceed, since all of its communications have to be distinctly non-partisan.

Rodriguez felt it was important to respond to the survey because she thinks the public has a right to know how their DA stands on an issue or policy.

“If I’m going to be DA, people have a right to know what my instincts tell me and what my opinions are,” Rodriguez said.

She said if you’re unwilling to tell people your position then no one can argue or debate them with you.

“Unlike Reisig, I’m not going to hide my policies or my plans,” Rodriguez said.

Rodriguez thinks Reisig not responding to the ACLU’s survey speaks to his contentious refusal to give information to the public.

“He served four terms before he felt we needed to know who he was arresting and prosecuting,” Rodriguez said. “Now when people ask him, I’ve seen this several times, ‘why are you saying these numbers we’re seeing aren’t right?’ he tells them to look at the website.”

Rodriguez said she has looked at the Commons data portal and doesn’t see what Reisig is referring to regarding the figures on mental health programs and other issues.

The questionnaire has 49 yes/no questions and was created by nonprofits that do not endorse or oppose any candidates for elected public office which can be found here.

Some of the major topics asked about in the questionnaire were ending over-criminalization and mass incarceration, ending excessive sentences and promoting second chances, and standing up to police misconduct.

Candidates for DA were asked if they will reduce the jail population in their county and reduce state prison commitments by 25% by the end of their first term?

Rodriguez said she would and, “Our county’s imprisonment statistics are more than the state of California’s collective statistics.”

When asked if she would oppose new jail construction in Yolo, Rodriguez said she would.

“We already have an empty juvenile facility, a waste of money and not necessary to reopen,” Rodriguez said.

Rodriguez also committed to standing up to police misconduct, something the current Yolo DA has unequivocally failed at.

“This office will increase public faith in government integrity by having a neutral review,” Rodriguez said.

She also agreed to create a committee that is responsive to families who have encountered police misconduct, and brutality.

On the topic of transparency, this was one of Rodriguez’s responses:

“I am going to continue to be available to all groups and community members who will meet with me, long term, and to attend gatherings of any group that wishes to hear my views and question the DA policies and approaches,” Rodriguez said. “Community input is a number one priority.”

The only commitment Rodriguez did not make is to never seek Life Without the Possibility of Parole.

“In serial killings and cases of long-term involvement with highly violent crime, there may be consideration of this. But it should only be in circumstances where repeated prosecutions have not lowered the level of violence to the public,” Rodriguez said.

11 thoughts on “Reisig Does Not Respond to ACLU Candidate Survey”