Sacramento, CA – On Tuesday, SB 1228, “Genetic Privacy for Sexual Assault Victims” was unanimously passed by the Senate Public Safety Committee on bipartisan vote.  It will now be heard in the Senate Appropriations Committee before heading to the full Senate for a vote.

experience. And we must do everything in our power to support and protect survivors who make the brave decision to come forward,” Senator Scott Wiener, the author of the bill said during a press conference at the Capitol on Tuesday.

The Senator noted that while federal law already prohibits the inclusion of victims DNA in the DNA index, “it was shocking to learn that there is no corresponding California law to prohibit local law enforcement databases from retaining the DNA from victims in their local databases, retaining it for years and searching it and potentially using that rape kit DNA to implicate the victim in a future investigation.”

Senator Wiener said, “It is one more barrier and one more reason for sexual assault survivors not to come forward. And we are all less safe as a result. We need to do everything in our power to encourage survivors to come forward and to make clear that we support them and that we’ll protect them.”

DA Boudin’s office in February made the discovery that a San Francisco Police Department crime lab was retaining DNA collected from sexual assault survivors in its quality assurance database and then searching that database to incriminate survivors in unrelated crimes.

“We were shocked at this practice,” Boudin explained, “We only learned of it accidentally coincidentally, because of a case that we were prosecuting against a woman who had had the courage to come forward and cooperate in a case where she had been victimized years earlier, we immediately took action.”

Boudin noted, “The reality is as Senator Wiener already indicated that sexual assaults are of the most underreported categories of crime. One of the categories of crime that are the most difficult to prosecute and barriers to reporting, make them all the more challenging for folks in my office to address.”

Local law enforcement agencies will be prohibited from searching the DNA of a sexual survivor or that of a survivor’s close consensual contacts in order to incriminate them in unrelated crimes.

However, there is no corresponding California state law to prohibit local law enforcement databases from retaining victims’ profiles and searching them years later for entirely different purposes.

SB 1228 would remedy that “by requiring DNA samples taken from sexual assault survivors or their loved ones to be used only for the sexual assault investigation.”  It would prohibit DNA samples from being included in any database that allows for a sample to be matched with DNA profiles obtained from crime scenes.

The bill would also instruct the Committee on Revision of the Penal Code to study whether additional steps are needed to protect the privacy of Californians who have submitted DNA samples to law enforcement, and to determine whether a forensic oversight board is needed.

Forensic oversight boards exist in other states including Massachusetts, New York and Texas.

Senator Nancy Skinner of Berkeley noted along with her colleagues, “less than 20% of rape victims are now willing to go to law for and report their assault. What happens if you don’t go to law enforcement and you don’t report your assault, it supports rapists. It continues to allow a rapist, a sexual, a person who perpetrates sexual assault to continue.

“So any system that discourages rape victims from coming forward is a system that supports rapists and that is wrong.”

“Victims feel shame, she added.  “We know well that it is so common for a victim of rape or sexual assault to feel like somehow they contributed to that circumstance. It was somehow their fault or that they will not be believed. And unfortunately we have years of law enforcement not taking such crimes seriously enough, and leaving the evidence for those people that come forward and get subjected to the full hospital bodily removal of everything to, in order to get that evidence for the proof of that sexual assault in something called a rape kit.”

Dr. Sarah Metz who is the director of the division of trauma and recovery services at UCSF, added, “as many have said it is exceedingly traumatic and the impact runs. And for many folks, when they experience a sexual assault, unfortunately that’s not the first time that they’ve experienced interpersonal violence.

“And so being able to work towards eliminating barriers to survivors, to seeking care, whether that care is medical care, forensic evidence collection, mental health care, or even seeking to report the crime, doing whatever we can as a community, to support survivors and eliminating those barriers is exceedingly important.”

Tina Rodriguez board president of VALOR, California’s statewide organization for sexual assault said, “We will not stand silent with this type of exploitation. This exploitation contributes to the oppression and discouragement of survivors coming forward.”

Rodriguez added, “It is detrimental to others. It sends other victims a message that this is what will happen if you come forward.”

“More than two thirds of sexual violence victims do not report their assault to law enforcement. Using a survivor’s rape kit for any other purpose other than why it was collected furthers their fear of reporting and adds another reason survivors don’t come forward,” said Ilse Knchect, Director of Policy and Advocacy at the Joyful Heart Foundation  in a statement. “Any legislation that breaks down barriers to reporting is a victory for survivors everywhere.

“If we allow victims’ most intimate personal information—their DNA—to be used against their will and for the purpose of incriminating them for crimes, then victims will be afraid to come forward and even more sexual assaults will go unsolved,” said Cristine Soto DeBerry, Executive Director of Prosecutors’ Alliance of California. “We as Californians need to put all victims first and help them heal. We need to stop judging between deserving and underserving victims. We must protect the rights of all victims and make healing trauma our top priority. That is how we make communities safe.”

Responding to questions as to weather this was happening outside of San Francisco, DA Boudin said, “we were told that it was a standard practice in San Francisco and potentially in crime labs, far beyond San Francisco.”

He added, “we know that the San Francisco police department is still engaged in an audit, trying to identify other cases that may have been similarly impacted and tainted by this practice. We know there are many, many other cases, probably thousands where searches of unknown DNA have been done against DNA profiles in databases based entirely or in part on victims and survivors DNA.” 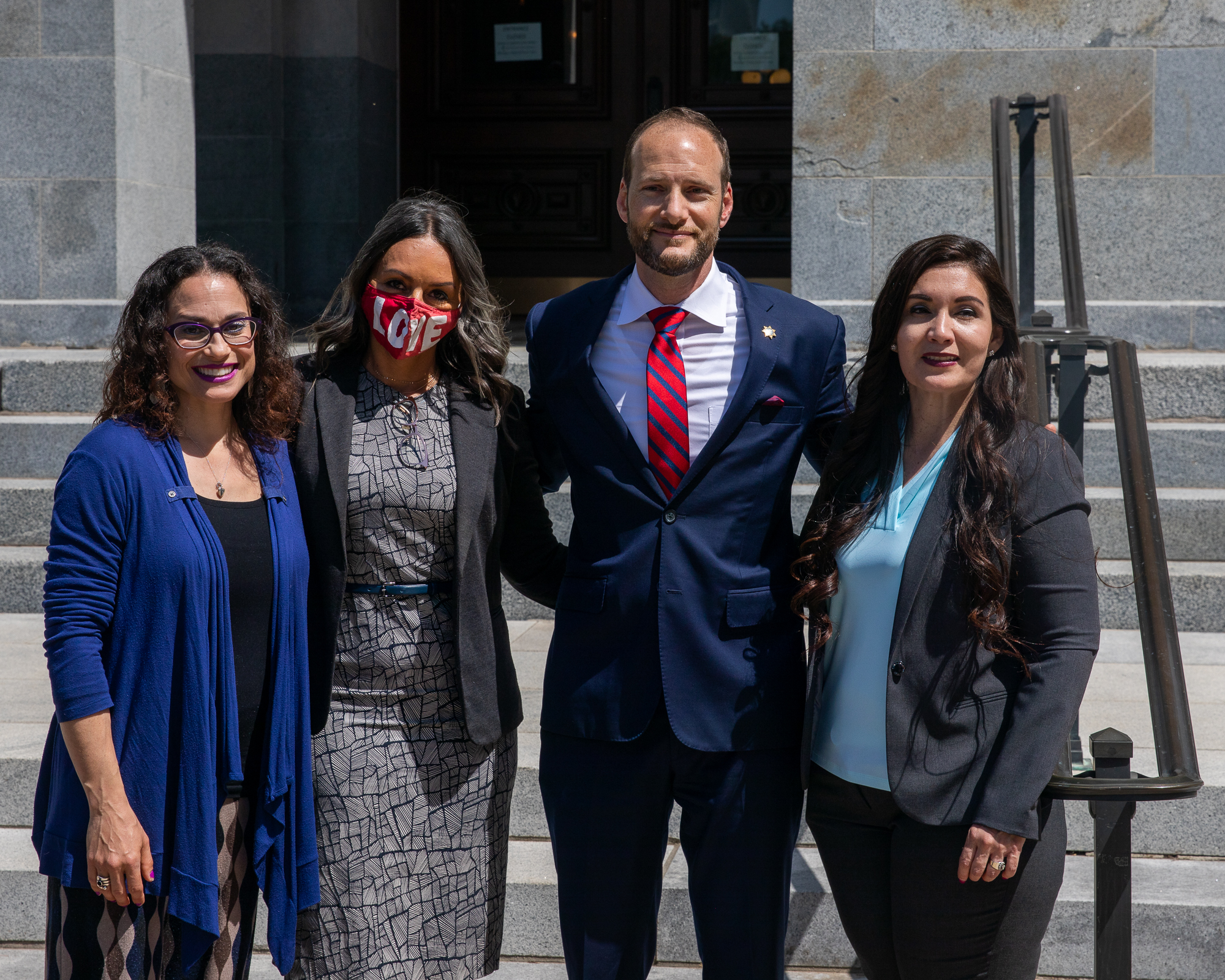