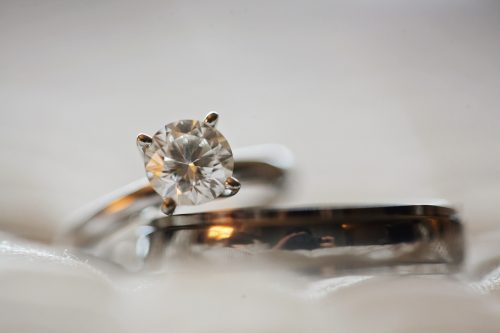 LAS VEGAS – On April 2nd 2022, Las Vegas pulled out all the stops for the event that millions at home would turn on their televisions to watch— the 64th Annual Grammy Awards. The red carpet had all the usual glitz and glamor –  celebrities in breathtaking suits and gowns and the press asking “what are you wearing?” It’s not the clothes people should be looking at, however, it’s the jewels. Whether it be Doja Cat, Lil Nas X or Halsey, almost everyone strutting the red carpet was wearing diamonds. To understand why we should be paying attention to these jewels, it is important to know their long history.

The jewelry industry has an extended past of mistreating its laborers and profiting from  poor communities from low-income countries without giving much back. You might have heard the term “blood diamonds” before.  One specific example is the De Beers Company, which was founded in 1888 and has a past of profiting off of African slave labor and political conflict. More recently in 2006 the public called for a boycott of De Beers diamonds on account of the company forcing indigenous people in Botswana to vacate after the discovery of diamonds in their land. Celebrities joined the cause and pledged not to wear diamonds from Botswana until conditions were improved. Since then, De Beers has advertised that their product is 100% ethically sourced.

It was relatively recently that the industry took a stance against unethical diamond mining. In 2003, the Kimberly Process was established by the diamond industry to combat practices that harm both the environment and the people mining the gems. This system ensures that diamonds are “conflict free,” and that they are not coming from forces controlled by war and areas with unfair labor practices. This has been a major step in the right direction, but it also rests on the public to make sure those who influence others are setting the right example by only wearing ethically-sourced diamonds.

Now you might be wondering why the majority of people— those who can’t afford to wear precious jewels— should care about the diamonds that celebrities are wearing? We as viewers can have as much influence on celebrities as they do on us and on the large companies whose jewelry they wear. We have seen celebrity power wielded for good before, such as Billie Eilish pushing Oscar de la Renta to be fur-free. If we push celebrities to ask more of the companies they represent, then a real change might be seen.

As of now most diamonds sold in the world are tracably conflict free. However, it is up to us to make sure that it stays that way. It is not enough for us to simply note that celebrities’ accessories are pretty. We should also pay attention to where they are coming from and fight for the rights of laborers.

In the entertainment industry in particular, jewelry matters and at an event like the Grammys, all eyes are on what celebrities are wearing from head to toe, including any shining gems. Celebrities have worn diamonds at the Grammys for years, but this year, things were different. More and more celebrities were seen (and later being posted to social media) wearing ethically-sourced diamonds. Halsey was seen wearing diamonds provided by Tiffany & Co. at this year’s Grammys, a company committed to selling only ethically-sourced jewels. I believe this change is from increased pressure by celebrities and the public, and that only continued pressure will keep the diamond market conflict-free.

Only Natural Diamonds covered many top celebrities donning ethical diamonds. It matters that these actions are recognized and we as the public should continue to educate ourselves on the history of the jewelry industry and hold celebrities accountable for the diamonds they promote. We should care about the implications of creating better labor conditions and positive environmental impacts, whether we are interested in celebrity culture or not.

2 thoughts on “Student Opinion: Why You Should Care about Diamonds at the Grammys”