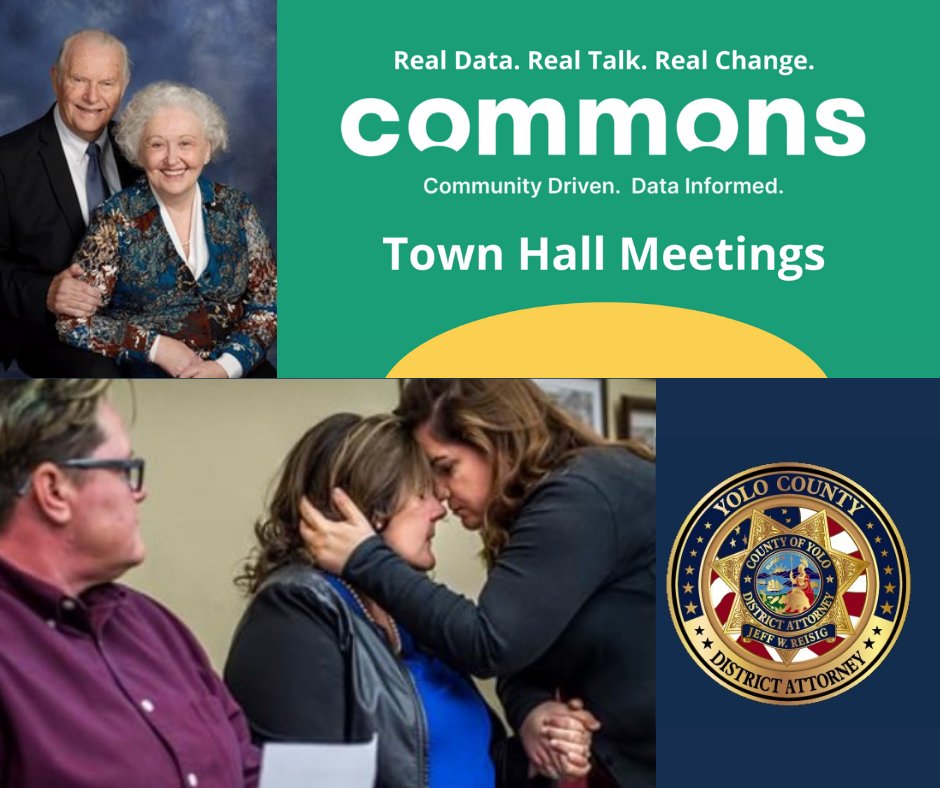 The Yolo County District Attorney’s Office’s transparency portal, Commons, is holding its first anniversary meeting next week according to a press release from the Yolo DA’s Office.

Next week’s Commons Town Hall will focus on survivors of crimes and the pain and emotional suffering they endure on their road to survival.

“The reality is that this transparency portal is transformational,” District Attorney Jeff Reisig said last month. “I believe in government transparency and people need to be able to look at it themselves.”

Guests will include Victim Services Manager, Laura Valdes, and Crime Survivor, Sarah Rice, whose grandmother Claudia Maupin and her husband Chip Northup were murdered by Danial Marsh while they slept in their Davis home in 2013.

“We’re so pleased to see how Commons is being regularly used by the D.A.’s office to review and update policy,” Amy Bach, CEO of Measures for Justice (MFJ) said. “And how the Yolo community has been invited to monthly opportunities to discuss the data and what they mean. Launching Commons in Yolo has opened the door to possibilities nationwide and we’re looking forward to the tool being used for years to come.”

In 2020, the District Attorney partnered with MFJ, a non-profit organization based in Rochester, NY, to develop Commons.

According to the Yolo DA’s Office, Commons is a first-of-its-kind online data portal that tracks local criminal justice data on a regular basis alongside a policy goal embraced by the DA and community leaders.

“I don’t trust the government, and if I put it out, why would people trust me?” Reisig said at last month’s debate. “The bottom line is that we’re using that data in our office to drive policy. To look at our policies and see how we can adjust them to address the disparities that we’re seeing.”

The data is validated and posted by MFJ, a neutral third party and is not controlled internally by the DA’s office, unlike other portals across the nation.

The portal is also the first to seek community input in terms of what data they want to see.

“I was so pleased District Attorney Reisig didn’t try to tell us, the community, what we wanted to see,” Tessa Smith, MCCC Chair said. “We provided feedback of what the people of Yolo needed, wanted, and deserved to see. The finished product shows Measures and Reisig listened to us.”

The most recent meeting focused on the fentanyl epidemic where Chief Deputy District Attorney Jonathan Raven said the DA’s office is looking at fentanyl use as a health issue as opposed to a criminal issue.

The Commons Town Hall meeting will be held via Zoom on April 12 from 3 – 4 pm. To attend, please register at https://yoloda.org/commons-town-hall-meetings/

Share:
Tags:Daniel MarshJeff Reisig
Previous : Comparing Opposing Websites in the Build Up to the Vote on Measure H
Next : Coalition Wants Governor to Invest Billions in Crime Prevention in Wake of Shooting