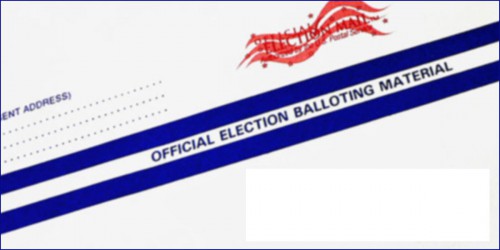 Edelman explained, “Along with the governor and, in most states, the secretary of state, the state attorney general is part of a trio of elected officials who oversee, administer, defend and certify elections and election results. Election deniers are also running in many states for secretary of state and governor.”

The author noted they would “serve as their states’ top law enforcement officers and would have the power to use their office to tilt the outcome of presidential elections. If Trump should run again in 2024, and the outcome is close in a handful of states, the actions attorneys general are able to take could also give Trump cover to claim falsely claim victory once again.”

Joanna Lydgate, CEO of the States United Action, which is a nonpartisan group that tracks the races, argued “[t]o the extent that election results are challenged, or that there are attempts to undermine results, it will be the state attorneys general representing the state and the results in court that perhaps matters most to protecting the will of the voters.”

Lydgate added, “State attorneys general have the ability to launch or defend against election lawsuits — such as ones seeking to include or challenge ballots — that can ultimately affect how and which votes are or are not counted. They also provide legal guidance to election officials on how to interpret state policies governing elections and maintain prosecutorial powers for election fraud, voter intimidation and other potential election crimes.”

Lydgate noted, it “really matters that your attorney general is committed to defending the vote, no matter what the outcome is.”

Edelman wrote this “power of state attorneys general was on display in 2020 in a federal lawsuit — one of at least 63 filed by Trump allies in various courts — brought by Texas Attorney General Ken Paxton, a Republican, seeking to overturn the presidential election results in four swing states.

“Sixteen state attorneys general supported it, while the attorneys general in the four purple states at the center of the suit — Georgia, Michigan, Pennsylvania and Wisconsin — asked the U.S. Supreme Court to reject the suit, which it did.”

According to States United Action, at least 15 men and women who have denied the results of the 2020 election are running to be their states’ attorney general in 14 states — nearly half of the 30 where there are contests for attorney general in this year’s midterms. That includes four in the pivotal battlegrounds of Arizona, Georgia, Michigan and Wisconsin, whose 2020 results were all decided by just a few thousand votes. In all four, there are also governor and secretary of state elections this year, with election deniers running in nearly every contest.

In Georgia, conservative attorney John Gordon is running. According to NBC News, “Gordon, who Trump has endorsed, has built his long-shot campaign around false claims that Trump won the state in 2020…Gordon, nevertheless, has vowed, if elected, to open a new investigation into election fraud in 2020 and has said he will ‘expose the fraud’ and ‘will prosecute the people that are responsible for this.’”

Leading Democrat in the race, State Senator Jen Jordan stated “[w]hen you have a handpicked candidate who has been chosen specifically because he’s sworn fealty to Donald Trump and has promised to do whatever he can, if and when Trump runs again, that the election results are going to go in his favor, everyone should be worried.”

Jordan added that “the attorney general’s office should not be about partisan politics, or one politician or party.” Also adding it should be “about enforcing the law and, in this case, defending the popular vote.”

In Wisconsin Karen Mueller is only one of three Republicans running for attorney general, and, according to the article, she “claims Joe Biden didn’t win the state in 2020.”

The article added that she “has vowed to investigate doctors who won’t prescribe the animal-deworming medication ivermectin to treat Covid-19 patients, (and)was part of an unsuccessful lawsuit to overturn the 2020 presidential results in Wisconsin.”

The article states that Mueller’s campaign website lists ‘election violations and fraud’ as a central tenet of her platform, demanding that ‘the 2020 presidential election results must be decertified to restore the integrity and transparency of Wisconsin’s future elections.’”

In Michigan Attorney Matthew DePerno is running and according to the article “has repeatedly espoused debunked conspiracy theories surrounding the 2020 election results in Michigan, winning him the endorsement of former President Donald Trump in his primary race.”

The article also stated that he has “filed a suit alleging sweeping voter fraud in the state, citing a 2020 election night error in Antrim County that showed Joe Biden winning the reliably red county. The problem was quickly fixed. A state trial court judge and a state appeals court judge both dismissed the suit.”

Democrat Dana Nessel who is also running has stated that “I don’t care if it’s a Democrat running, or Donald Trump. If he gets the most votes in the state of Michigan, he gets our electoral votes, whether I like it or not. That’s the job, to make sure the will of the people is heard and that the election is properly certified.”

In Arizona six Republican candidates are running, and the article stated that “at least two have falsely claimed that Trump won the 2020 election in the state.”

Former prosecutor, Abraham Hamadeh, who is also a candidate, stated that “[t]he media’s hypocrisy is on full display as they point fingers at those of us who are presenting evidence of a rigged 2020 election.”

The only Democratic candidate in this race, Kris Mayes, calls this situation “unfortunate” that “we have so many Republican candidates who have said they will attempt to undermine the faith of our voters in our election system.”