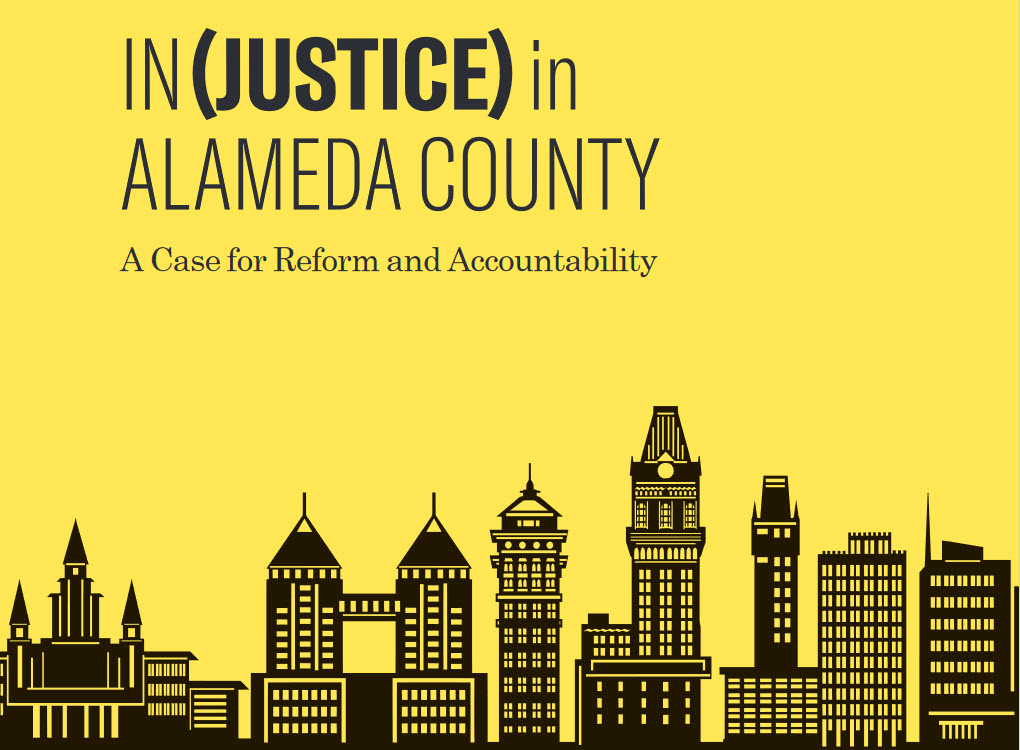 By Nicole Lee and Sandy Valenciano

On June 7, Alameda County voters will have an historic opportunity to determine the future of safety and justice in our county.

District attorneys hold enormous power over the criminal justice system, our communities, our families and our lives. They create policies and practices that either expands or reduces mass incarceration. They are the gatekeepers of the justice system. This election season, for the first time since 1938, there is no incumbent running in Alameda County.

With four candidates vying for the job in the upcoming primary election, it is critical that community members understand the power of our vote in this election and where each candidate stands on issues that impact so many of us—specifically how they plan to reduce mass incarceration in Alameda County.

courage to challenge the status quo and change the system from the inside. A 2021 report by Urban Peace Movement and the ACLU of Northern California, In(Justice) in Alameda County: A Case for Reform and Accountability, found outgoing DA Nancy O’Malley’s policies and practices led to overcriminalization, needlessly costing the county money, and promoting mass incarceration with devastating impacts on Black and Brown communities.

For example, if California were a country, we would have the fourth highest incarceration rate in the world. In Alameda County, coming in just under the state’s trends on racial disparities, data from 2015 shows that Black people were almost nine times as likely as whites to be incarcerated in jail, and over four times the county average. These disparities provide evidence of discriminatory policing and prosecution by police departments and the DA’s office.

We also found more than six in 10 of all charges the DA brought against adults were low-level offenses that either should have been directed to diversion programs or not charged at all. In addition, the Alameda County DA’s Office opposed the release of incarcerated people in 70 percent – that is three fourths – of all parole hearings it attended, without documenting any justifications for taking those positions. And while the data relating to diversion was incomplete, it indicated that the DA’s Office diverted a mere 5 percent of cases in 2017 and 2018 combined.

This is not the road Alameda County residents can afford to keep going down. What we need now is to provide care, rehabilitation, and healing from the multitudes of trauma people carry from their experience with incarceration, as well as the traumas they endured even before getting snared into the system. This is how we can truly end community violence and mass incarceration.

We need a bold leader who will offer young people and adults the range of services to support rehabilitation and alternatives to incarceration. We need someone who can prioritize making the right decisions on pretrial policies, alternative courts, and racial disparities. We need a district attorney with a plan to end prosecution of all youth as adults and increase support for crime survivors.

The power we have as voters can change the course of criminal justice in Alameda County. We must also hold candidates accountable after elections. Together, we can create a new era of restoration, healing and opportunity rather than continuing with failed and destructive policies that keep us trapped in a cycle of harm and violence.

This means all eligible voters in Alameda County must engage in this race: Learn about the candidates and their positions on issues that affect the lives of so many of us, register to vote, and finally and most importantly, vote on June 7.

Nicole Lee is the executive director of Urban Peace Movement. Sandy Valenciano is its campaign and organizing director.