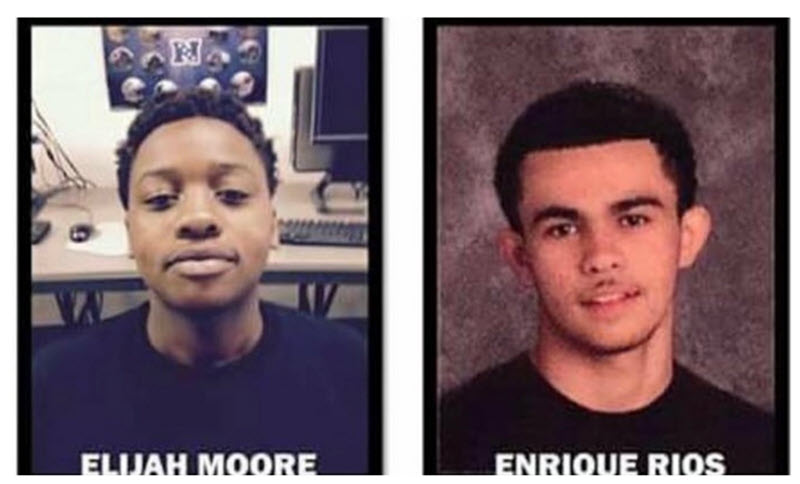 Two Winters men were convicted on Wednesday of two counts of first-degree murder in the 2016 kidnapping and killing of Enrique Rios and Elijah Moore, according to the Yolo County District Attorney’s Office.

Chandale Shannon, 25, and Jesus Campos, 22, face potential sentences of up to life without the possibility of parole.

It took the jury four weeks to return the guilty verdict.

Moore,” Reisig said. “On behalf of the Yolo County District Attorney’s Office, we recognize the despair of the families that we still haven’t located the bodies. We join with both families in continuing to hold out hope that one day their sons’ bodies will be located.”

David Froste contacted his brother, Jonathan Froste, and told him about the robbery.

Froste indicated that he was going to get his gun from their mutual home in Knights Landing. Chandale Shannon and Jesus Campos heard the phone call, which was recorded on Jonathan Froste’s cell phone, and later obtained by investigators.

David Froste informed the others he wanted to find Moore and exact revenge. Mr. Shannon suggested they reach out to Rios, who was a friend of Moore’s.

Knowing David Froste wanted to kill Moore, Shannon communicated with Rios, who, unaware of what Moore had done, provided an address in Esparto.

David Froste, Shannon, and Campos traveled to Esparto and a witness saw Rios being picked up in a car matching the description of a vehicle owned by Shannon.

The following day, David Froste and Shannon told Jonathan Froste that Rios was taken to a secluded area near Knights Landing. Rios refused to call or provide a location for his friend Moore. David Froste shot and murdered Rios according to the DA.

Several weeks later on November 4, 2016, Campos, in a vehicle with David and Jonathan Froste, pointed out Moore who was leaving a barbershop near Main Street in Woodland.

They forced Moore into the trunk of the vehicle.

The four defendants traveled again to Knights Landing. Moore was forced out of the vehicle at gunpoint and they marched Moore to a more secluded area.

Moore’s ankles were also bound when Froste and Campos left the group to obtain shovels, a pickaxe, gasoline, and bleach.

When Froste and Campos returned an hour later with the tools, Froste selected a baseball bat-sized branch and violently struck Moore in the head.

Jonathan Froste, Shannon, and Campos each took turns striking Moore in the head. David Froste then selected a large log and dropped it on Moore’s head, crushing his skull.

Moore’s body was placed in the hole and lit on fire.

Jonathan Froste elected to cooperate with the Yolo County DA and attempted to locate Moore and Rios’ bodies but ultimately was unsuccessful.

Jonathan Froste agreed to provide truthful information regarding the two murders and pled to second degree murder. He testified against his brother David Froste and against Shannon and Campos.

Jonathan Froste’s sentencing is currently pending but he is planned to be sentenced to 15-years-to-life in state prison.

The evidence presented demonstrated that Shannon and Campos conspired with and aided David Froste in committing the crimes.

David Froste was convicted and sentenced to life without the possibility of parole. His conviction was recently affirmed by the California Third District Court of Appeals.