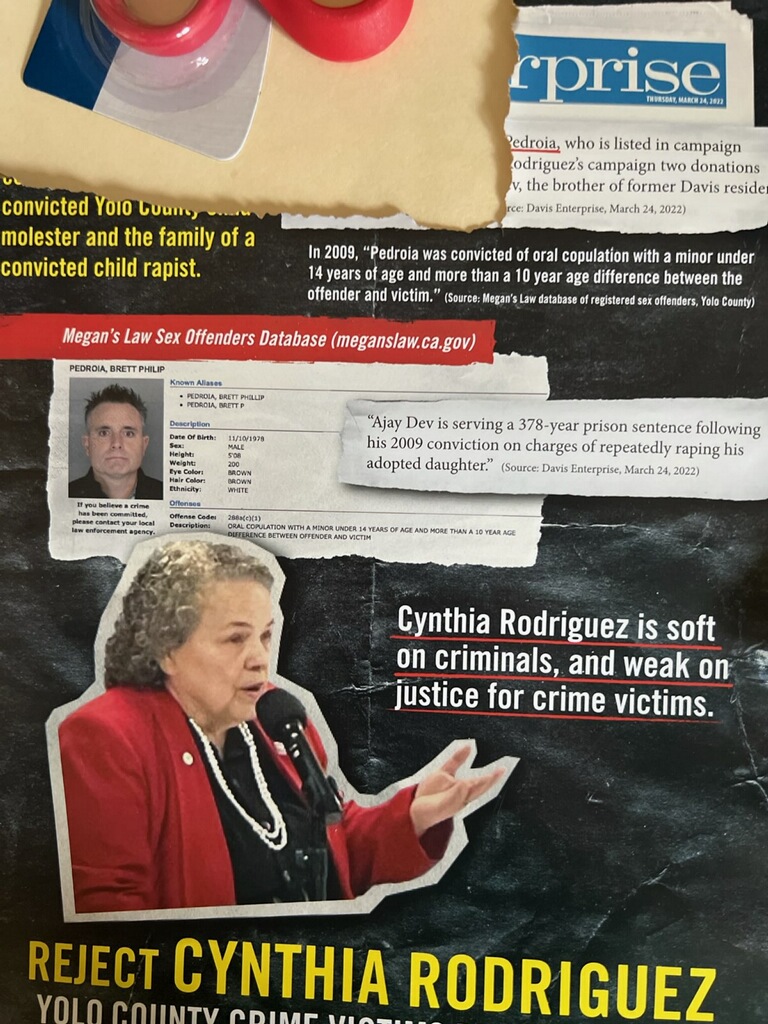 The same PAC that supported Supervisor Jim Provenza and is connected to or headed by Yolo County Deputy DA Matt De Moura.

The ads go after challenger for Yolo County District Attorney Cynthia Rodriguez, claiming she is “soft on crime,” and “weak on justice.”

The ads also put Rodriguez and Brett Pedroia in the same ad.

Pedroia, a registered sex offender, donated money to Rodriguez’s campaign and the campaign then donated the money to charity.

Pedroia has been a charitable and functional member of society since his 2009 conviction and said this latest ad shows who Yolo DA Jeff Reisig and his team are.

“Since these ads and flyers at first kind of surprised me, it did not once rattle me or my team whatsoever, Mr. Reisig’s team and his political PAC partners have shown who they are,” Pedroia said. “They have threatened me at my place of employment by vicious phone calls and have done about everything you can do to ruin my reputation this political year.”

Pedroia said if local political PACS want to use their funds to smear him on a flyer, it is a waste of their contributors’ money. 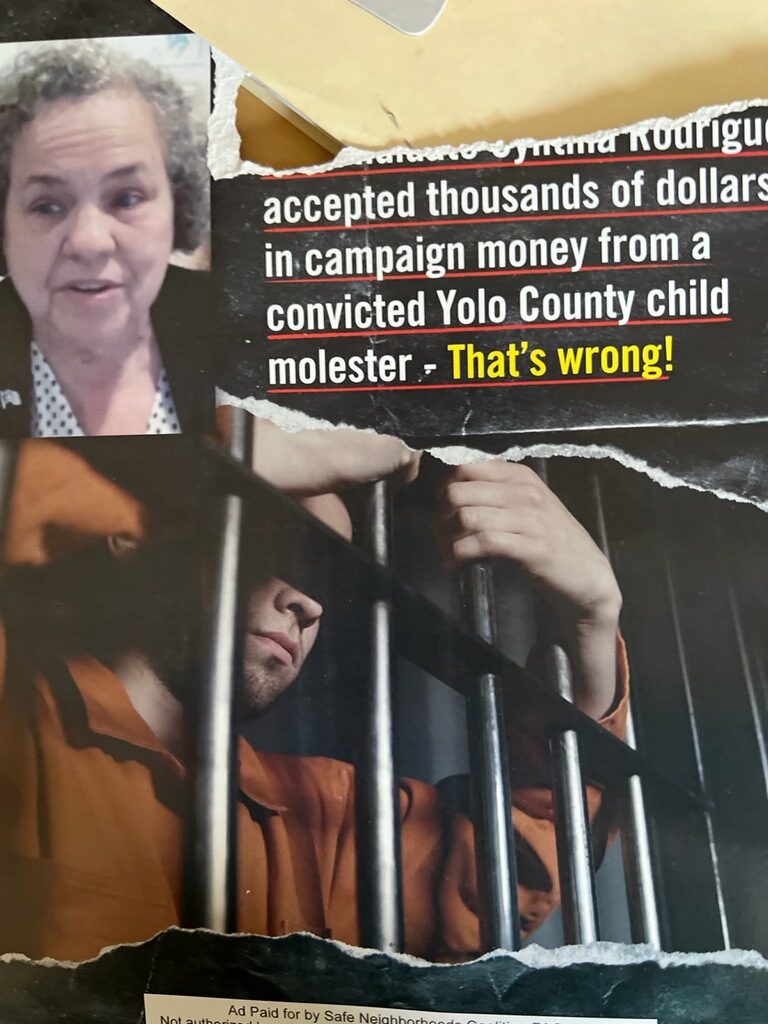 “Nobody should go through what my family and I had to go through this year,” Pedroia said. “Mr. Reisig has taught me years ago that moving forward I have to live my life being built out of steel.”

According to the head of another PAC, who preferred to remain unnamed, SNC comes out with negative hit pieces every time there’s some kind of threat to Jeff Reisig and the DA’s office’s current operation.

“Total smear piece,” the PAC head said. “It arrived at our house yesterday.”

He said he can’t see how SNC can declare this PAC an independent expenditure committee, given their position.

“It seems like a total conflict of interest and it pisses me off,” he said. “De Moura is a public employee.”

He said there seems to be a pattern for county positions, for example, Supervisors Angel Barajas and Jim Provenza “all like this kind of crap.”

“It’s rather nasty how these supervisors and staff stick together like thieves,” the PAC head said. “That’s a nice chunk of change at $4 to $5 per piece and they complain about George Soros sponsoring progressives.”

“They all stick together,” he said.

Safe Neighborhoods Coalition claims to advance its mission in two ways: “By supporting local elected leaders who share our concerns and advocate for approaches that keep us safe,” and,  “By supporting policies, programs, and organizations that enhance public safety.”

At least, it used to.

SNC’s website is no longer active and neither is its Facebook page, nor any other social media pages.

Safe Neighborhoods Coalition also has not filed an expenditure report with the Yolo County Elections Office or The California Secretary of State.

On Monday, May 9, 2022, all active registered voters in Yolo County were mailed a Vote-by-Mail ballot.

The Yolo County Elections Office has begun processing the roughly 6,500 ballots that have been received so far.

“To promote transparency in elections, scanning and processing ballots is open to the public,” says Jesse Salinas, Yolo County Assessor/Clerk-Recorder/Registrar of Voters.

Share:
Tags:Cynthia RodriguezJeff ReisigMatt DaMouraSafe Neighborhoods Coalition
Previous : Guest Submission: DDBA Town Hall Pits Yes on H against No on H – The Voters Were the Winners!
Next : Guest Commentary: The Truth about Reisig