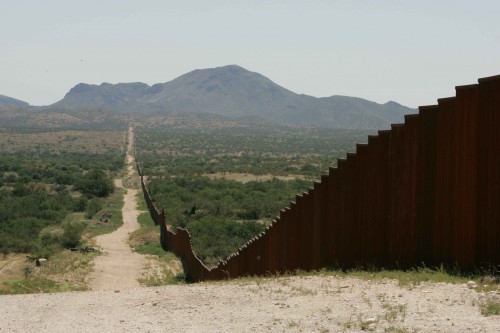 The year is 2020— the year that the United States and other countries entered into a lockdown and the COVID-19 virus became recognized as a pandemic. The pandemic resulted in an increase in unemployment rates, foreclosures, and even immigration as the tension between the United States and Mexico border increased rapidly.

In response to these issues, a number of laws and regulations were passed by the Trump Administration, one of which was Title 42. This law is unjust in nature and, for that reason, is on its way to being repealed by President Biden.

To go into more context, Title 42, as defined by FOX13, is a public health order and gives great leniency to federal health officials to do what is necessary to limit the “introduction of communicable diseases” to a community. However, one way they have carried this out is by blocking immigration to the United States “when doing so is required in the interest of public health.”

Essentially, that means that the federal government is able to turn away immigrants at the border under the guise that entering the country could compromise public health. This is problematic for a number of reasons.

Firstly, Title 42 unfairly impacts migrants from Central and Latin American countries more so than any other country. The El Paso Times, a newspaper from a Texas city close to the US-Mexico border, cited how U.S. Customs and Border Protection has reported more than 1.7 million Title 42 expulsions from March 2020 through February 2022, the majority of which were from areas like El Paso— expelling migrants primarily from Mexico.

Some argue this is the federal government’s way of carrying out Title 42 and preventing the spread of COVID-19. However, when looking at a country-by-country breakdown of case rates, other countries have worse COVID rates than the targeted Central and Latin American do.

For instance, nations such as India and France have had the highest positive COVID cases and COVID-19 related deaths, yet, restrictions on immigration and travel for those countries were dropped much earlier than Title 42 which impacts countries with statistically lower rates.

Additionally, the application of Title 42 has resulted in moral implications and worsened pre-existing immigration issues. An agreement between Mexico and the United States stated that “migrants from Mexico, Central American nations, Cuba and Venezuela could be expelled to Mexico” regardless of their home country. In many cases, children have also been separated from their parents and sent to another country.

Due to the plethora of issues, President Biden has announced that his administration is attempting to overturn Title 42 which has resulted in a large debate. Opponents argue that this will lead to a rapid increase in immigrants at the border which the US will be unable to handle and are strongly against removing Title 42.

However, Title 42 was never meant to be a permanent piece of legislation. It was unfairly created in response to the increased infection rates during the COVID-19 pandemic. Just recently, Dr. Anthony Fauci announced that the United States is no longer in the “pandemic phase” meaning that this legislation is no longer as “necessary” as it was once argued to be.

Overall, Title 42 was always meant to be a temporary piece of legislation and, as stated by Senate Majority Leader Chuck Schumer, has been “draconian” and “inhumane” from the start. Therefore, despite resulting increases in migration or other arguments made by opposers of its repeal, Title 42 must be ended.

Share:
Previous : Commentary: Does the Tax Sharing Agreement Reduce the City’s Take from DiSC? Yes, but No
Next : Opening Statements and Witness Controversy in Modesto Murder Trial