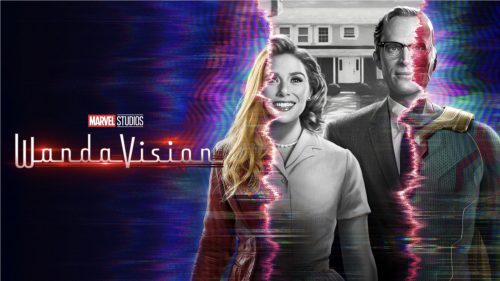 The latest Marvel blockbuster was released in theaters last week, Dr. Strange in the Multiverse of Madness. While I won’t have the opportunity to see the movie myself until next week (thanks, midterm season), the trailer has had me eager to see more of my personal favorite Marvel hero – Wanda Maximoff.

It is clear from this trailer that Wanda plays a pivotal role in the new Dr. Strange movie, utilizing powers introduced in the Disney+ series WandaVision. As Wanda is a more minor character in the Marvel Cinematic Universe (MCU), her show was not deemed a high priority by plenty of usually die-hard Marvel fans.

I, however, found WandaVision totally underrated, and argue it is a must-watch for any Marvel fan, especially in light of the new movie.

For starters, it appeals to a wider audience than some other Marvel media. Viewers can easily tune in and enjoy the show without much more context than knowing who Vision and Wanda are from previous Avengers movies.

For those who are more invested, however, there is plenty to appreciate. I found the reappearances of quirky side characters to be one of the best parts of the show, though their relevance was summarized well enough for those unfamiliar with these minor MCU stars.

Further, while I can admit that I am not as familiar with the Scarlet Witch’s comics, it is clear an effort was made to nod to the original storylines – most notably the costumes in the Halloween episode.

Before WandaVision even aired, it represented a crucial moment for Marvel for two primary reasons. Notably, it began Phase 4: the fourth grouping of MCU media in the categorization system used to distinguish between major eras.

More significantly, however, WandaVision was also the first Marvel TV show. For a franchise focused on movies, this was a major development that we see has since paid off with the success of the five shows following this first release, all available to stream on Disney+. The show was also quite timely; a sitcom centered on television lifestyles airing in early 2021, after close to a year of pandemic living.

From the very first episode, viewers do not know what to make of what they are watching – a black and white sitcom modeled after The Dick Van Dyke Show. And don’t even get me started on the commercials. To make things all the more confusing, Wanda’s costar is her love interest, Vision…who, last time we checked (spoilers for Avengers: Infinity War) was dead.

Besides that startling premise, what makes WandaVision so remarkable is its innovative format. The show continues to model each episode in its series after a different iconic sitcom, from I Love Lucy and Bewitched to Full House and Modern Family, as the story progresses.

Not only is this inspired for paying homage to classic fan-favorites, the varying environments actually play into the world of Wanda. It is not merely a style choice, but an important component of the plot. The different angles each episode is modeled after, grow with her storyline as it introduces new characters and conflicts, while simultaneously maintaining the lighthearted atmosphere inherent to any sitcom that she worked so hard to create in the first place.

This ingenious format extends to every aspect of the show, notably both the score and costumes. This all-encompassing design choice is what makes the show so cohesive.

The story itself is incredibly engaging for what appears to be a carefree suburban storyline, especially when it is interrupted by jarring moments of the people of Westview breaking character. Without spoiling too much, it is obvious there is more to this small town than meets the eye, and Wanda undoubtedly has something to do with it. And the twist is, she’s not the only one.

The show is simply brilliant, most significantly for its style choices that show a side of Marvel fans have not seen before — a creative, innovative way of storytelling distinct from any previous formulaic superhero media.

And it does so without sacrificing any of the good stuff, either. WandaVision is chock full of Marvel tropes fans know and love, from antiheroic protagonists to quippy one-liners. The show has it all, and more. WandaVision was nominated for an impressive twenty-three Emmys. The show went on to win three Emmys, a first for Marvel.

The events of this show were referenced in the first teaser for Dr. Strange in the Multiverse of Madness, released at the end of Spiderman: No Way Home, when Strange says “I’m not here to talk about Westview.”

The depths to which Wanda goes to protect those she loves are so rich in character development that they are crucial to understanding her motivations going into Multiverse of Madness. Not to mention, the full extent of her powers can only truly be understood when seen on an episodic level, as new glimpses are revealed throughout the nine episodes of WandaVision.

Whatever synopsis is offhandedly delivered in the new film, merely to bring unfamiliar viewers up to speed, will pale in comparison to watching Wanda’s abilities grow episode by episode as she repeatedly triumphs against the unbelievable.

As for those who will inevitably watch the movie and question her capabilities, claiming disbelief and far-fetched implausibilities, I direct you to check your facts (WandaVision is available for streaming on Disney+) before underestimating, or dare I say disregarding, her potential.