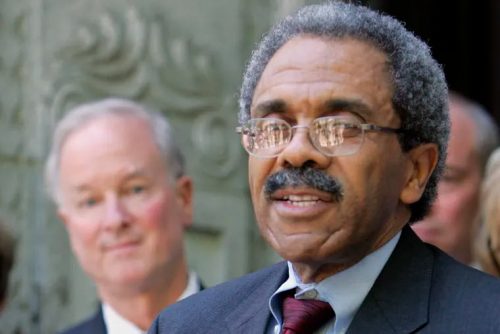 LOS ANGELES, CA — The presiding justice of the California appeals court in Sacramento has resigned as part of a punishment imposed last week for delaying the resolution of 200 cases over a decade, costing litigants money and robbing some criminal defendants of their liberty, according to news reports.

Vance Raye decided to resign from his position and receive a public admonition in a settlement agreement with the Commission on Judicial Performance, which said Raye engaged in a “pattern” of delay in determining nearly 200 appellate issues during a 10-year period.

Raye served as an Air Force prosecutor at Beale Air Force Base before joining the California Attorney General’s Office. He was then appointed to Sacramento Superior Court in 1989 and then to the appeals court two years later. Raye was appointed as presiding judge in 2010.

According to the Commission on Judicial Performance, Justice Vance Raye consented to resign from the Third District Court of Appeal as part of a public reprimand for unreasonable delays that spanned years.

“Justice Raye engaged in a pattern of delay in determining a considerable number of appellate cases over a long period of time,” the commission said. “He failed to promote and implement adequate processes to guarantee that priority cases and older matters were resolved first.”

While the court had a large number of cases, the panel concluded this alone could not explain the delays, because not all judges had those backlogs. Judges’ wages must be deducted if they issue conclusions more than 90 days after hearing arguments, according to California law.

However, there are no time constraints on how long appellate courts can take or how long cases can languish before being presented following oral argument.

Justice Raye never violated a rule that would have affected his paycheck, but delays prior to arguments he imposed dragged on for nearly eight years in a civil case and more than eight and a half years in a criminal matter involving a juvenile.

“In some cases, the appeals become moot as a result of the passage of time,” said the commission. “Some defendants in criminal cases served time that would not have been served had the appellate decision been issued at an earlier date, and others had served their full term of probation, subject to conditions that were ultimately found to be improper.”

However, there was no evidence that Raye’s ignorance toward his duties were intentional, said the commission.

Raye agreed with the commission’s discovery and stipulated with the discipline, according to the order for public admonishment. He will not serve as a judicial officer again.

Share:
Tags:appellate courtsCalifornia appeals court in SacramentoCalifornia LawCommission on Judicial PerformanceJustice ResignationVance Raye
Previous : Accused Represents Self at Pretrial – Demands Discovery from Prosecution, Announces Motion for Police Office Records
Next : Guest Commentary: There Is No Forgiveness in the Eleventh Hour

Nora Dahl is a second year History of Public Policy and Law major, and English minor, at UC Santa Barbara. She enjoys writing, advocating for social justice, and pyschology. Nora speaks fluent Norwegian and English. She plans to graduate Spring 2024, and hopes to attend law school.