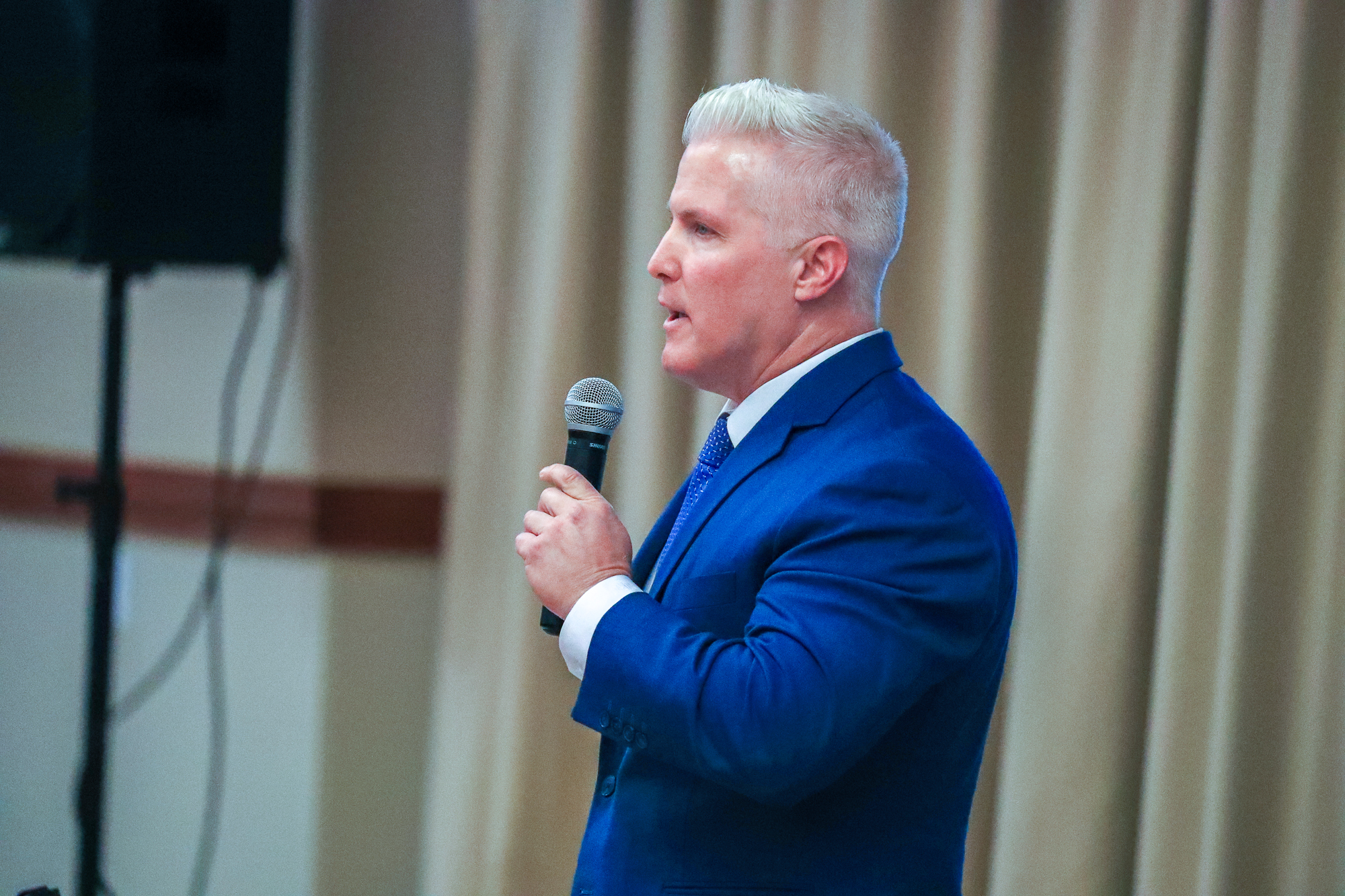 Yolo County District Attorney Jeff Reisig has been claiming to be the most innovative progressive in the state, especially after an article in the Sacramento Bee suggested as much.

Alec Karakatsanis, founder of Civil Rights Corps, said on Twitter last Tuesday that there are two important and related scandals happening in California involving extreme right-wing policies being framed as “progressive” by the media and politicians.

Reisig is doing this with textbook precision.

THREAD. Two important and related scandals are happening in California. Each involves extreme right-wing policies being framed as “progressive” by the media and politicians. I try my best to explain briefly why this is important:

“First and one of the most important stories you haven’t heard about is Governor Gavin Newsom’s massive plan to expand the bureaucracy that can force people into involuntary medical treatment and eventually locked facilities,” Karakatsanis said. “In Orwellian fashion, Newsom calls the bureaucracy ‘Care Courts.’”

Recovery and Empowerment (CARE) Court which is a proposed framework to force some people living with mental health conditions into treatment under court order.

State court bureaucrats have the extraordinary power to take over someone’s life and Newsom is trying to expand this kind of state power and make it “more ruthlessly efficient,” according to Karakatsanis.

“But because it is California, Newsom can’t frame a huge program of forced mental and bodily intrusion as a right-wing authoritarian policy,” Karakatsanis said.  “So, the powerful Democratic business establishment and media are framing it as ‘addressing’ mental illness and homelessness. Progressive!”

“Most importantly it’s going to require an infusion of human contact,” Kamlager said. “And what you don’t want is to create a new system of chutes and ladders where people are funneled through new chaos that’s been designed to force them into treatment and it doesn’t work because there isn’t the human connection.”

Karakatsanis said the second scandal is Henry Stern, a “progressive” running to be one of 5 Supervisors in LA County.

There is a third—Yolo County District Attorney Jeff Reisig, who is running for a fifth term as DA, was a long-time Republican and just recently registered as an unaffiliated voter.

Perhaps this is why Reisig supports Newsom’s “Care Court” proposal.

“The other issue is the treatment, well guess what? Governor Newsom’s plan includes coerced treatment, I support him. The law that I worked on with Assemblymember McCarty had coerced treatment and every Democrat and Republican in Sacramento supported us.” Reisig said at a DA forum in Woodland last month.

“There is nothing empowering about involuntary treatment,” Olivia Ensign and John Raphling, from Human Rights Watch explained in an LA Times Op-Ed, “The potential for abuse in this is astounding.”

Ensign and Raphling explained that proponents of CARE Courts use language like “empowerment” and “self-determination,” but the proposed system is not voluntary.

“A person enters the court’s jurisdiction because someone else — such as an adult family member, roommate, police officer, or behavioral health worker — files a petition to the court,” they said. “If the judge finds that the petition adequately asserts that the person meets vaguely defined CARE Court criteria, then that person is forced into a convoluted process in which they must negotiate the terms of their required treatment with the county behavioral health agency.”

At the end of the forum, Reisig shared with the audience an article about him in the Sacramento Bee.

“I look up at this headline ‘Threading the needle, California’s most progressive DA might be in Yolo County.’ Two quotes jumped out at me,” Reisig said. “‘Yolo county is more than simply offering an innovative approach to prosecuting. They’re charting a sensible path to contemporary criminal justice and lasting change. Reisig’s approach avoids matching ideology by letting the data shape the policy, he is letting the undeniable truths of the criminal justice system dictate how a modern prosecutor should enforce the law.’”

“When it comes to where powerful endorsements flow, you can learn more about who politicians are,” Karakatsanis said via Twitter.

Aside from over $100,000 Reisig has received over the years from law enforcement, Golden State Communities Project (GSCP), a political interest group, has received almost $150,000 in opposition to Reisig’s challenger for Yolo County DA, Cynthia Rodriguez, according to campaign finance documents.

GSCP board members include Greg Totten, CEO of the California District Attorneys Association (CDAA) who is also co-chair of GSCP.

Totten was on a shortlist of potential prosecutors to be appointed by former President Donald Trump to top federal prosecutor in California’s Central District, but ultimately was not tapped for the job.

Last year, Hanisee’s association filed a petition against District Attorney George Gascón, challenging his new directives such as dismissing gang enhancements and firearm allegations and for dismissing, withdrawing, or not filing special circumstance allegations that could result in a life prison sentence without the possibility of parole for defendants charged with murder.

Then there’s environmental regulation, another progressive issue Reisig is being propped up as a supporter of.

The misappropriation has been referred to the State Attorney’s office according to Scott Steward, Yolo Climate Emergency Coalition.

“I appreciate the support the Yolo Board of Supervisors has provided to climate action initiatives. However, I cannot reconcile the misappropriation of $3 million of settlement fees, earmarked for the prosecution and programs, for environmental and worker safety law enforcement, with someone who is said to be pro-environment,” Steward said.

Not only that, but the CDAA expenses include lobbying against progressive, reformative laws passed by Californians and Yolo County residents. The laws opposed by the CDAA reduce sentencing like Prop 47 which Yolo approved by 61 percent and Prop 57, approved by Yolo by 68 percent.

Reisig, his conservative political friends and lobbyists and the media would like voters to believe he is “threading the needle,” but the proposals and programs he supports are just more ways to give the Yolo DA’s Office more money and control over programs better suited for social workers and mental health professionals.

“When politicians call themselves or their policies ‘progressive,’ ask yourself a series of questions, including whether they are helping the most vulnerable people or whether they are proposing to expand profitable and violent bureaucracies,” Karakatsanis said.