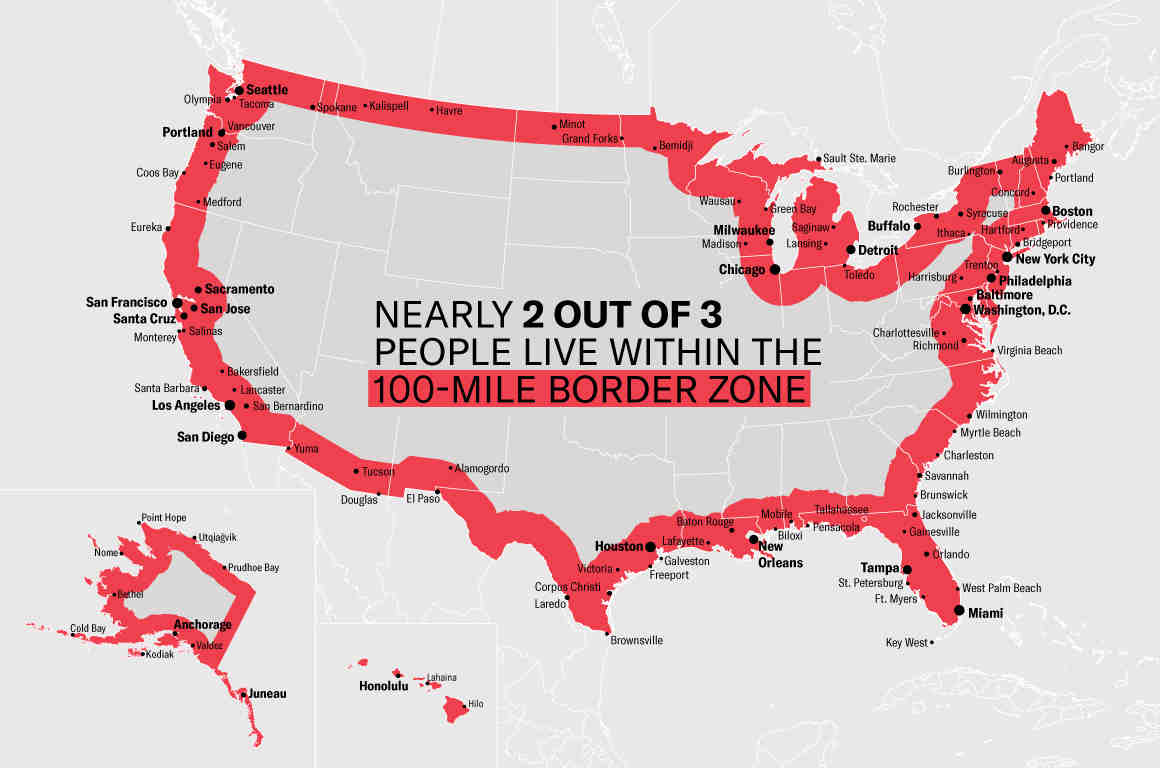 By Shaw Drake and Katie Hoeppner

The Supreme Court recently dealt a blow to federal police accountability in Egbert v. Boule. The case, in which the ACLU filed an amicus brief, centers on Robert Boule, who runs a bed-and-breakfast on the U.S.-Canada border. Boule sued Border Patrol agent Erik Egbert for damages for violating his rights under the First and Fourth Amendments to the U.S. Constitution.

When Egbert entered the inn without a warrant to investigate a guest staying there, Boule stepped between the guest and the agent and asked the agent to leave. Egbert then threw Boule to the ground, injuring him. After Boule exercised his First Amendment right to file a complaint and administrative claim with Egbert’s supervisor, the agent retaliated against him by prompting multiple unfounded investigations into Boule.

The court ruled in a 6-3 decision that Boule is not entitled to seek money damages for the harm caused by Egbert’s excessive force and retaliation. For over 50 years, under the Supreme Court’s ruling in Bivens v. Six Unknown Named Agents, people have sought money damages against federal agents for violating their constitutional rights. But the court called Boule’s case a “new context” for Bivens liability and would not allow his claims. While the ruling further limits people’s ability to hold Border Patrol agents accountable in court, and undercuts an important deterrent to misconduct, it did not sanction the agent’s unconstitutional actions or grant agents permission to violate people’s rights in the future.

Here are four things you need to know about the ruling:

The ruling does not eliminate your rights in the border region

The court’s decision in no way changes your constitutional rights when interacting with border agents in the border region. While the facts of the case involve Border Patrol’s intrusion of the inn without a warrant, the court’s decision does not sanction those actions.

Border Patrol, and its parent agency Customs and Border Protection (CBP), are bound by constitutional limitations, which prohibit agents from entering your home without a warrant. The Fourth Amendment of the Constitution protects against arbitrary searches and seizures of people and their property, in the border region and beyond. Within 25 miles of the border, as permitted by a separate statute not at issue in this case, Border Patrol is permitted to enter private property, such as your yard or ranch land, without a warrant but is explicitly barred, even that close to the border, from entering a “dwelling,” such as your house, without a warrant.

Border Patrol also remains obligated to respect a broad range of other constitutional rights. For example, a Border Patrol agent cannot lawfully pull you over or otherwise detain you without “reasonable suspicion,” which means the agent must have specific, articulable facts that make it reasonable to believe you committed or are committing a violation of immigration or other federal law, not just a hunch. A Border Patrol agent also cannot search you or your belongings without your voluntary consent, unless they have probable cause, a higher standard requiring a reasonable belief that an immigration violation or crime has occurred. You always have the right to remain silent and say you wish to speak with an attorney.

In other words, your constitutional rights are still intact, even in the border region, but the court’s decision will make it more difficult to hold federal agents accountable when they violate those rights. By further cutting off the ability to seek money damages under Bivens, the court has narrowed the options available to seek justice for border agents’ frequent violations of constitutional protections in the border region.

Much has been made of the 100 mile border zone, but you have the same constitutional rights within the border zone as you do anywhere else in the country. There are only two narrow circumstances in which the Border Patrol is permitted to act outside of normal Fourth Amendment limitations on searches and seizures.

Outside of these specific circumstances, all other constitutional protections apply within the border zone, and to individuals who interact with Border Patrol agents. The 100 mile border zone is not a Constitution-free zone.

In denying Boule’s Bivens claim, the court argued that the Border Patrol’s non-binding administrative grievance process offered an adequate alternative to money damages for Robert Boule. It does not — as clearly evidenced by the retaliation Boule faced after filing a grievance, and Border Patrol’s decision to keep Egbert on even after finding he acted inappropriately.

We know how frustrating the grievance process is first hand. The ACLU has filed over a dozen administrative complaints since 2020 documenting abuses suffered by hundreds of individuals that went unanswered for months and resulted in few, if any, changes to agency policy. The process, which is not subject to judicial review and has no mechanism for complainants to participate, focuses on disciplining officer misconduct rather than any other individual remedy to complainants.

If administrative oversight mechanisms are to provide any kind of justice, the Department of Homeland Security, CBP’s parent agency, must urgently make several changes. The department should create a uniform process to review and investigate all immigration and border related complaints, including implementing screening procedures for ensuring prompt assignment of a neutral investigator; prompt confirmation of receipt and whether an investigation has been initiated; a requirement that all relevant records (including video and audio files) be turned over to to investigators within 14 calendar days; written resolution of complaints; and appointment of an independent decision maker to impose discipline. The agency then must ensure individuals who they find at fault face meaningful accountability, rather than giving them a pass, as they did with Egbert.

Congress should codify and strengthen the right to sue federal law enforcement for abuse.

While the ruling is a disappointment, the fight is not over. Congress can, and should, pass legislation to enshrine the right of individuals to sue federal law enforcement officers and receive damages from agents who violate their rights. If it did so, victims of Border Patrol abuse would no longer have to contend with the Egbert ruling, and more broadly, the availability of this important remedy for abuse by federal agents would no longer depend on the willingness of increasingly-hostile courts to allow Bivens cases to go forward.