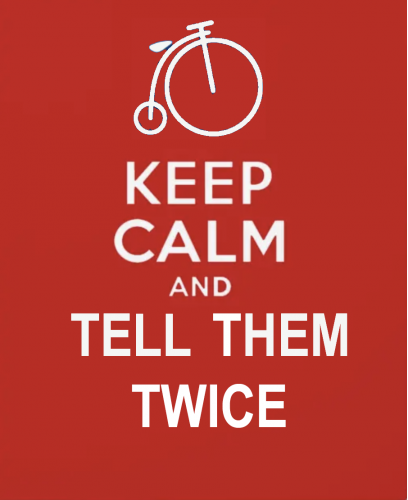 What happened?  Drilling down into the Measure H and Measure B election data

To get to an apples to apples comparison of the results of Measure H and Measure B, one has to start with the understanding that the Yolo Elections Office reported Measure H in two (2) consolidated precincts

… one for the western portions of Davis plus Downtown and Olive Drive (seen in light blue in the left graphic below), and

… the other for the northern, eastern and southern portions of Davis (seen in the darker blue in the left graphic below).

Fortunately, the underlying precinct boundaries did not change between 2020 and 2022, so a one-to-on comparison of the two Measure H consolidated precincts can be made to their Measure B equivalents.

With very few additional votes to be counted, the Measure H vote total is 19,396, which is the third highest June turnout, behind only the two Nishi votes, and both those land use decisions shared the ballot with City Council contests. The next unofficial election results update is scheduled for 5:00 p.m. today, Wednesday, June 22, 2022.

To put a turnout of 19,396 into context it is useful to look at the table below, which shows a 20% dropoff of very close to 3,500 votes from Measure H to the fourth highest of the June elections.  Bottom-line, now that the votes are in, the story line of low turnout in this election doesn’t hold water.

Thanks to the data provided by the Political Data Intelligence (PDI) website, we know that the timing of when ballots were returned to Yolo Elections in Measure H was unusual.  PDI reported a very low number of returned ballots in the first two weeks after the mail-in ballots were sent to voters.  Then almost a third of the total ballots arrived in week three, another third of arrived in week four, and the final third arrived on or after Election Day.

What that tells me is that in this election the voters were actually paying close attention to what the Yes on H and No on H campaigns were saying … and in addition they got a drama bonus during the election cycle with all the legal filings and court decisions, which may have resulted in a higher number of voters holding onto their ballots until the very end.

But the Yes versus No story doesn’t end there.  Looking at the numbers for the people who didn’t vote paints an equally compelling picture.  Almost 70% of the missing votes in the western, Downtown and Olive Drive portions of Davis were “Yes” on Measure B (see the first table below).  What does that tell us?  That the “Yes” votes in November 2020 were very “soft” Yes votes.  Arguably, without the draw of the Presidential contest between Trump and Biden, those people probably wouldn’t have voted in the Measure B contest.

The story is the same in the northern, eastern and southern portions of Davis. Just over 64% of the missing votes were “Yes” in Measure B.

That brings us full circle back to the original question posed in this article … What happened?  The answer appears to be that the Davis voters take Land Use issues very, very seriously … arguably even more seriously than who gets elected to City Council, but not quite as seriously as who gets elected to the Presidency of the country.

The tables below drill down into the individual precincts. 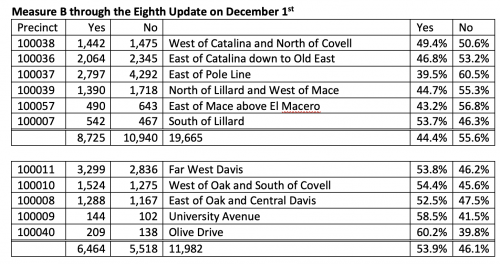