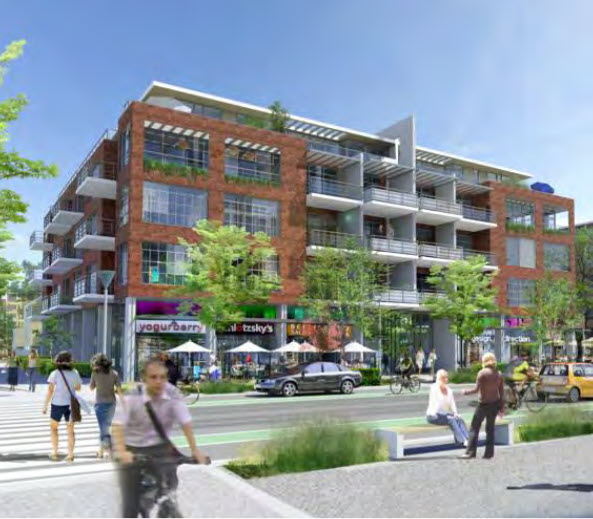 Davis, CA – One of the commenters made an interesting point by asking what “problem” is supposed to be actually solved.  That got me thinking that one of the real difficulties in Davis is that there isn’t one problem to solve—but rather a constellation of related problems.

One personally correctly offered that the goal is for “everyone who works in Davis to be able to find and afford a home in Davis if they want one.”  They recognized that the goal was not actually attainable, “but we’ve got a lot of room for improvement.”

This is an astute observation because too often in Davis (and elsewhere), the perfect becomes the enemy of the good.  We can never provide anything close to homes for everyone who wants to live here, but if we do a percentage better, that’s fewer commuters clogging the freeways attempting to commute.

The flipside of this problem is so many people who live in Davis don’t find work in town.  One of the hopes of an innovation center is to improve—not fix or eliminate—the jobs-housing imbalance.  Right now a huge number of people commute out of town for work each morning, just as another large mass of people come from out of town to work in Davis and UC Davis.

An incremental reduction in those numbers will improve things like traffic impacts, while reducing our VMT and our GHG emissions.

Another problem that needs to be addressed is doing a better job of capturing our technology transfer from UC Davis.  Like the jobs-housing imbalance, there are multiple angles here as well.

It is true that smaller startups could move into reconfigured existing spaces, but that would take investment and buy-in from existing space owners.  One of the points that Keller has made is that few are willing to make those commitments.

The other problem is more obvious and captured by the Studio 30 report from a decade ago—there aren’t really any more large spaces.  The city was able to accommodate Mori Seiki a decade ago.  The city was eventually able to find the space to allow Schilling to remain in town, but, as Dan Ramos noted, they are now really out of large spaces.

That’s another problem that DiSC was looking to address—the city’s revenue shortfalls and inability to generate the revenues needed to maintain its infrastructure and service level.  The problem was of course larger than a 100-acre tech park was going to address, but it would have taken a bite out of the shortfall.

Ultimately reasonable people could argue that perhaps DiSC was attempting to solve too many problems at once.  One suggestion was to separate the issue of jobs-housing balance for the need to generate revenue and jobs overall.

The thought was if the project eliminated housing, perhaps it might have been easier to pass.

I don’t know.  In a way, the way Measure J works, DiSC was in a no-win position here.  The project took a middle ground approach to housing—it offered some housing for employees, but not every employee would be housed on site.

That drew criticism from those who argued that DiSC would make the problem of housing shortfall worse.  While I think the EIR actually did a good job of explaining the issue and the conundrum, a middle ground approach was attackable on both sides of the issue—from those who complained that this was supposed to be a commercial project and those who complained that this was creating more housing demand during a time of housing crisis.

But this was a no-win issue for the project.

If it eliminated housing, those who say they opposed it because it was a housing project rather than a commercial one would have had ready fodder—the traffic impacts would have been worse, the VMT would have increased, the carbon footprint expanded.

Personally I would have favored more housing on site to address housing needs overall and further reduce traffic and GHG impacts, but would the community have supported an 800-, 1500-, or 2000-unit housing project along with one million square feet of R&D space?  It seems unlikely.

In the end, they went with a middle ground that was probably defensible on a number of levels, including the likely number of people who would actually live on site and the reality that no matter how many housing units you built, some people would live elsewhere.

In the wake of the defeat of DiSC, there are a large number of problems faced by the city—maybe the best approach is to attempt to address fewer problems with smaller projects, but that also doesn’t lend itself very well to the costs and uncertainty of the Measure J process.

8 thoughts on “Monday Morning Thoughts: Davis Needs to Solve This Problem Next – Which One Though?”