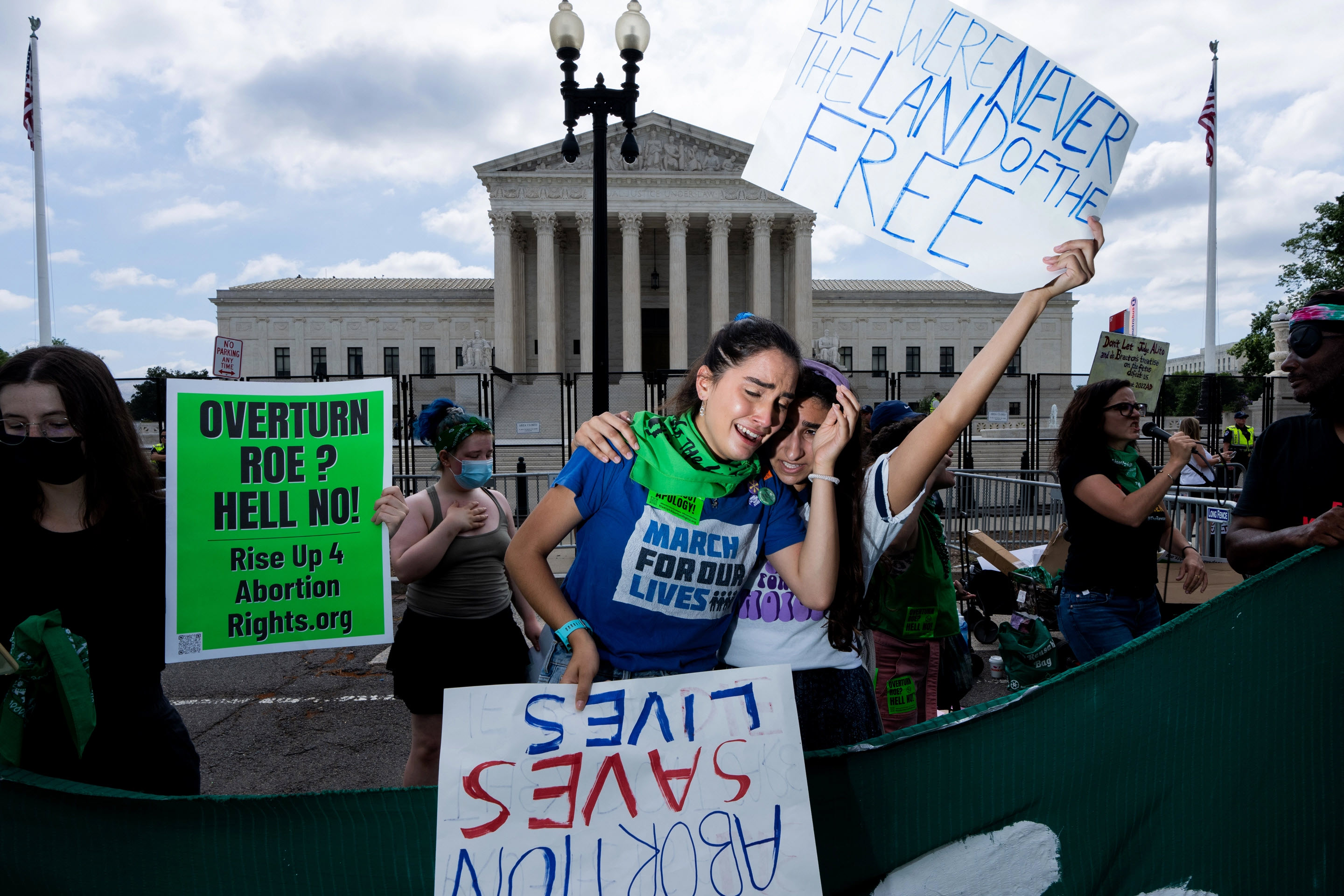 I must admit, I found myself in a bit of delight that Senators Susan Collins and Joe Manchin felt that they had been deceived on a couple of the recent appointees by Trump to the Supreme Court.

We have known this day was coming for a few months now—and in a moment I will talk about the fallout from this—but in a way this was a day nearly 50 years in the making; and perhaps dating back to when the right was able to thwart LBJ’s Abe Fortas appointment back in 1968, even before Roe.

Think about everything that the incompetent 2016 Presidential Campaign by Hillary Clinton and her clumsy and inept handling of the emails has brought for this nation.  At the beginning of the week, we got the January 6 investigation and at the end of the week, the end of Roe.

But this wasn’t just luck.  This was a skillfully produced long game by the right to remake this country in the wake of the Warren Court and the Civil Rights Movement of the 1960s.  The left has been out-organized and out-mobilized for the best part of the last 55 years and this is just the culmination of that effort.

It is fitting that the court struck down guns, gutted Miranda, and struck down Roe the same week. The rights revolution of the Warren Court is now dead.

And this is just the start.  A few months ago it seemed that Obergefell might be next.  Justice Clarence Thomas was kind enough to lay out a vision that showed his thinking—while Samuel Alito wrote that nothing in its decision “should be understood to cast doubt on precedents that do not concern abortion.”

Thomas went further, arguing that the court’s majority found that the 14th Amendment does not protect abortion through the due process clause.  And then he pointed out that three other landmark cases relied on the same legal reasoning: Griswold v. Connecticut, a 1965 decision that declared married couples had a right to contraception; Lawrence v. Texas, a 2003 case invalidating sodomy laws and making same-sex sexual activity legal across the country; and Obergefell v. Hodges, the 2015 case establishing the right of gay couples to marry.

Justice Thomas wrote that the court “should reconsider” all three decisions, saying it had a duty to “correct the error” established in those precedents.

It’s so nice that we don’t have to imagine a threat to same-sex marriage and contraception; it was explicit in the concurring opinion of Clarence Thomas.

The court has now handed the left a big gift—a gift that they will likely fail to exploit, at least in the short term.

As I pointed out a few months ago, issues like abortion and guns and maybe even threats to LGBTQ+ rights could activate a slumbering left.  However, in a year where we are seeing record gas prices, runaway inflation and likely an economic recession, the cultural wars figure to take a backseat—even if the ruling gets left-leaning voters motivated to come out and vote.

We have learned in the past, women and LGBT groups are not groups you really want to piss off.  They have numbers.  They have resources.  And they have clout.  Women took to the streets last night in demonstrations.

But I am wary of demonstrations.  We saw demonstrations when Trump was elected.  We saw people in the streets after the killing of George Floyd.  It was fleeting.  Trump was narrowly defeated.  The Democrats lost seats in the House and took the Senate only because Kamala Harris was the tie-breaking vote.

Anger can get your base out during the election time.  But the Republicans and the conservative movement won because they won the long game on almost all levels—they out-organized the left, they built their movement from the bottom up, and while Democrats have been competitive in Presidential elections over the last 30 years, the right has controlled state and local governments in disproportionate numbers.

Can the left recapture the long game and mobilize from the grassroots up?  Can they maintain their movement for 50 to 60 years?  Can they use this moment to solidify their hold on suburban American and continue to hold onto the cities?

That’s going to be the key.  The wind is blowing against them in 2022.  But more important might be 2024.  We will see if the left has learned anything from the success of the right.