Woodland, CA – As it turned out it wasn’t really close.

The results for the 2022 California primaries are mostly in and races for county district attorneys are pretty much decided.

In Yolo County, incumbent Jeff Reisig will be elected to a fifth term as Yolo County District Attorney with about 60 percent of the votes. 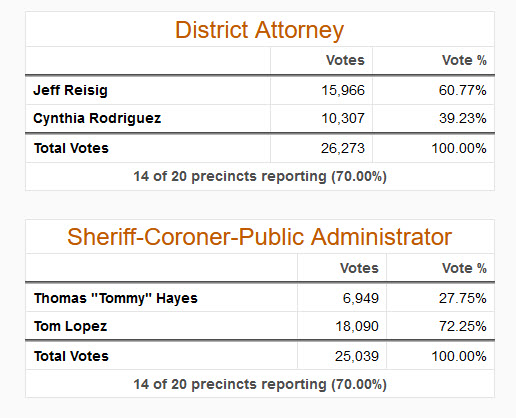 Tom Lopez overwhelmingly won reelection by a nearly three to one margin for Yolo County Sheriff. 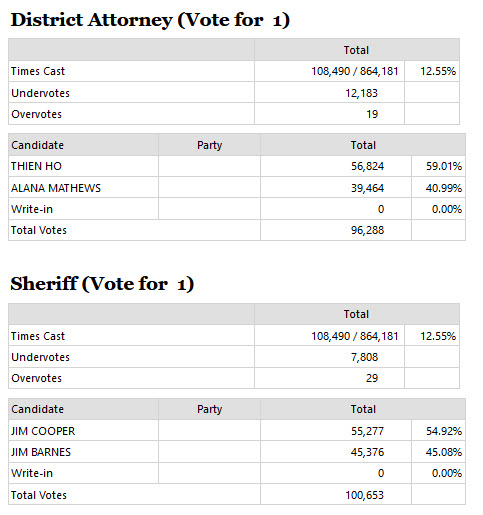 Sacramento County voted in favor of Thein Ho for district attorney, who earned about 59 percent of the votes.

Ho has 23 years of experience as a lawyer and as a deputy district attorney for Sacramento County; most notably he prosecuted the East Area Rapist/Golden State Killer.

The Alana Mathews campaign had no comment and has yet to release a statement.

Jim Cooper is leading and looks like will win the race for Sacramento County Sheriff with about 55 percent of the vote.