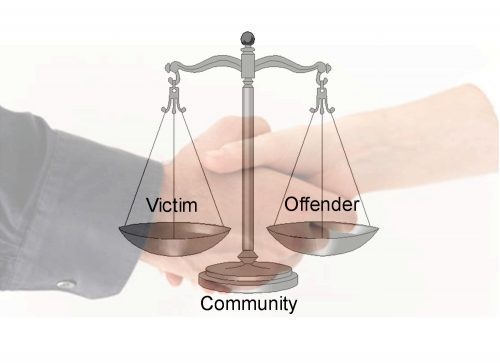 PHILADELPHIA, PA – While the killing of George Floyd on May 25, 2020, at the hands of Minneapolis Police Officer Derek Chauvin led to national civil unrest, a similar murder in Philadelphia on Oct. 26, 2021, also caused a world movement that led to massive civil unrest.

These murders caused civil disobedience around the nation.

According to the Philadelphia District Attorney’s Office the unrest was recorded for 28 days in 2020. Statistics determined, “More than 80 percent of those arrested and charged during the unrest were Black, in a city where 40 percent of residents are Black.”

Although owners of these vandalized communities supported the protest, they did want justice for the damages done on their properties. Therefore, this led community members to collaborate with authority to hold those accountable for their actions yet demanding there be equality and justice when doing so.

Troy Wilson and the Metropolitan Christian Council of Philadelphia Restorative Cities Initiative developed the Restorative Response Program. Those who completed the requirements of the restorative response program had their charges withdrawn by the district attorney’s office with their records expunged.

The program was seen as a success and gave insight on what can be achieved when the justice system and the community work with one another to achieve justice, said Philly District Attorney Larry Krasner.

“The criminal legal system should hold people who harm others accountable, while producing outcomes that increase public safety by strengthening communities. Incapacitating people when it is unnecessary disables people from working, owning homes providing for their families, paying taxes that support our schools, and otherwise thriving in ways that make us safer and improve Philadelphia,” said Krasner.

The DAO DATA Lab did research on the crimes committed and the arrests obtained in both summer and fall of 2020 in both Philadelphia and in Center City, Olney, and the lower Northeast. Those arrested within that time frame and those approved by the courts for RRP had to abide by certain requirements.

They must complete education sessions, programming, job training, community re-engagement opportunities, and participate in MCCP restorative justice circles. Those participating must also attend workshops to educate themselves on non-violent protests.

Those who were harmed because of these civil disturbances might be eligible to receive restitution from defendants and businesses might also receive $1.6 million in Restore and Reopen grants.

Councilmember Kendra Brooks demonstrated her approval of the program when starting, “I commend District Attorney Krasner for his use of diversion programs, where appropriate, instead of perpetuating cycles of harm.”

Brooks added, “As a restorative justice practitioner, I strongly believe in addressing the root causes of harm to prevent it from happening again—not just punishing its symptoms. This holistic approach to public safety is how we will deliver real justice to our communities and heal our neighborhood from decades of disinvestment, structural racism, and mass incarceration.”