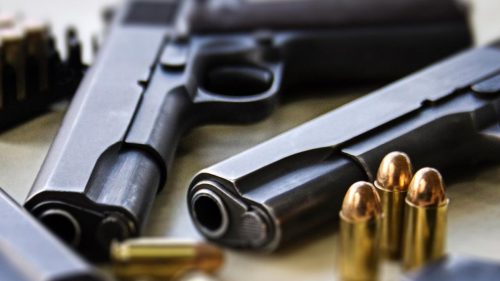 The event on May 24, 2022, in Uvalde, Texas, echoed the failures of country and political leaders. Twenty-one victims, the majority being children and two teachers, lost their lives in a shooting at Robb Elementary School. This horrific act is reminiscent of acts that this country has witnessed time and time again. It is time for our leaders to take action. Deadly weapons should have never been allowed to take priority over peoples’ lives—especially the lives of children. Government officials have long battled each other on laws surrounding gun reforms, and the latest tragedy made eyes turn to those against controlling gun access.

Texas Governor Greg Abbott is a known gun advocate and the state has some of the least strict laws on the weapons. In a report by Irelyne Lavery for Global News, Lavery states that “Texans are allowed to carry a handgun without licensing or training” which is part of a law signed by the Governor. With a law like this, any individual can obtain a gun easily, taking full advantage of the legal leniency. Abott has made it clear that his fear for his state is not the weaponry that is on the loose, but transgender people and abortion rights, causing him to take more measures in restricting reproductive and LGBTQ+ rights.

On Wednesday after the shooting, in a press conference Governor Abbott linked this tragedy to mental health, “The question was, what is the problem here? And they were straightforward and emphatic. They said … ‘we have a problem with mental health illness in this community.’’’

It is hypocritical for Abbott to mention the needed attention on mental health. As CNN states, he had “cut $211 million from the department that oversees mental health in the state earlier this year.” While mental health does require much focus and attention, is it not the problem here. As the CNN reporter claims: “If this were solely a mental health issue and not a gun issue, you would have to conclude that the US is uniquely affected by mental illness…It is not.” There are many people in the US and across the globe that struggle with mental health and do not commit these heinous acts. Gun violence in the US is domestic terrorism—a plague that is only influenced and helped by U.S. officials.

On the weekend after the shooting, an NRA convention took place where Governor Abbott and Texas senator Ted Cruz were both speakers. While the governor did not physically attend the event, he did send an encouraging video to attendees, while belittling grieving families and protesters outside the event. The event took place in Houston, Texas, miles away from the site of the tragedy that shook the whole country.

In an Insider report by Katherine Tangalakis-Lippert, she includes a quote from Abbott’s video message: “’There are thousands of laws on the books across the country that limit the owning and using of firearms, laws that have not stopped madmen from carrying out evil acts on innocent people in peaceful communities.’” As someone who attempted to shed a light on mental health issues and rally with grieving families, this quote is watering down the issue that the governor refuses to see and citizens have recognized. The commonality among gun violence has always been the weapon at use and the loopholes that criminals go around to procure such weapons. Perpetrators to these horrible tragedies have had an easier time obtaining guns than receiving help for their issues.

Time and time again, we have seen how common it is for officials to issue statements of ‘thoughts and prayers’ to victims of gun violence, and we are sick of it. Sick of turning on the news to learn about the most recent shooting. When guns began to take the lives of children at school, laws should have been made more restricting before reaching movie theaters and supermarkets. It is officials like Governor Abbott that are wrongfully turning a blind eye to the epidemic of gun violence in our country. Being considerate with peoples’ lives and their well-being is being human—not a politician.