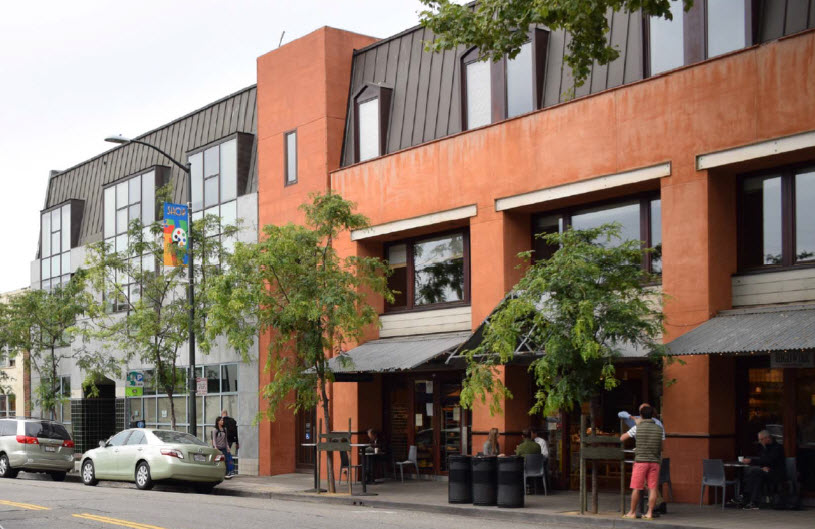 Davis, CA – In the wake of the loss of Measure H, there is going to be a scramble underway to determine the best way forward.  Other than the small percentage of those who believe that we can keep Davis somehow as it is, most understand that there needs to be a path forward for housing and economic development if the city is to remain both vital and viable.

The battle over perhaps the next 12 to 60 months is going to be over what that path needs to be and, as such, it was nice to see a column from Judith Corbett, Michael Corbett, Robert Thayer, Stephen Wheeler, and James Zanetto.

While I welcome the opportunity for the discourse, as we dive into their piece, I come to question how practical it is.

Corbett, et al., note: “Now that Davis voters have turned down Measure H, we need city council and staff to take leadership on new planning directions that will be more sustainable and beneficial for the city in the long run.”

They offer: “One of these is to prioritize implementation of our Downtown Davis Plan, which will allow builders to start building more housing in the very near future.”

They note: “The council chose to use a new planning tool, the ‘form-based code.’ This allows community residents to create a plan for their downtown’s future, emphasizing the look and feel they want rather than a complex, legalistic zoning code. A master EIR is created, allowing a builder who complies with the community’s plan to begin construction in short order.”

Moreover, they write, “The completed plan provides for housing (almost 900 units, small and more affordable); a half million square feet of nonresidential development…”

They correctly point out that the Downtown Davis Plan was “essentially completed by October of 2019, except for the preparation and approval of the final EIR.”

They continue, “Once the master EIR is adopted, builders whose projects comply with the form-based code will be able to move forward efficiently. Sadly, its preparation and adoption has been largely on hold for two-and-a-half years.”

The city is still hopeful to have this done by later this summer.  I remain a strong proponent of housing and mixed use in the downtown area.  The downtown was already declining before COVID, and, now with the pandemic, there are large swaths that are vacant.

I strongly believe that the city needs to get more residents into the downtown to revitalize the area, but I just don’t know how we are going to be able to do that unless the state shifts gears on increment tax money going back to local communities.

Four years ago, Bay Area Economics (BAE) group prepared a pro forma on the financial feasibility “to evaluate the feasibility of retail, office, and residential (for-sale and for-rent) projects, including mixed-use projects.”

The bottom line back in 2018 was not encouraging, as BAE concluded that “development feasibility in Downtown Davis is challenging under current conditions.”

If anything the situation is a lot worse now.  Moreover, the analysis led the council to scrap most affordable housing requirements for vertical mixed-use and the downtown.

While Corbett, et al., suggest that the units would be “small and more affordable,” the BAE report suggests that smaller units are less financially feasible and the cost of construction is likely to increase the cost of such units in the downtown.

Another main direction for the future, they offer, is to “prioritize infill development throughout the city. Davis needs a vision for infill that creates revenue, jobs and housing while dramatically reducing greenhouse gas emissions.”

They add, “Economic development staff should be instructed to inventory all undeveloped properties throughout Davis, communicate with owners, identify desirable tenants and developers for each site, and help these parties overcome any hurdles to development.”

The Vanguard has reported a number of times that the city did inventory the undeveloped properties throughout Davis.  They found about 128 or so acres of vacant commercial space at that time.  We estimate that about half that is immediately developable—though a few of those have already had plans to develop them.

They also did this for residential.  On page 184 of the Housing Element, they identified about 14 “Vacant and Underutilized Sites” in the city of Davis.  Only three of them were actually vacant.  The others were underutilized.

Corbett, et al., focus on, “Major developable sites exist north of the Food Co-op, at the school district block at Fifth and B streets, and at the East Eighth Street shopping center. However, the area with the most potential is along East Fifth Street.”

They note, “Much of that land is already owned by the city and is significantly underutilized, bordering on visual blight. Of course, the PG&E parcel is the most significant opportunity, but even beforehand some strong city leadership at the council and staff levels (perhaps via a Corridor Plan or Area Plan) could initiate development of those lands for a range of uses similar to what was envisioned for DISC, all within walking and easy biking to the core area and the university.”

So they have re-introduced the PG&E parcel specter even though the city has repeatedly noted that PG&E has no desire to sell that land.

The School District Block at Fifth and B has been examined for potential housing.  At one point, consultants even came in, about seven years ago or so and had a serious of outreach meetings about a potential project there, but it did not materialize.

I strongly agree with the idea of redeveloping along Fifth Street, even though PG&E is not practical, and at the District Office and downtown.  I just question two things: (A) whether it is feasible at this point, and (B) even if it is, it is not a long-term fix.  Even the downtown, if completely built out, only gets us to half the current RHNA allotment and far less than what we need for affordable housing.

Two things I think everyone should bear in mind.

First, how feasible is mixed-use development really going to be?

University Commons is a good object lesson.  First of all, the proposal was very dense—and alarmed nearby residents.  Second, the developer was a large corporation, Brixmor, who had the kind of deep pockets you need to do a project like this.

It took a contentious 3-2 vote to get it approved and that only happened when Brett Lee gained a key concession to lower the building height at the last moment.

Mike Webb told the Vanguard that financing is a problem, but “they know they need it,” meaning the renovation.  As some remember, Brixmor, the commercial entity that owns the site, initially wanted to do a redesign and were convinced by the city to look at mixed use—a prospect they ultimately agreed to but it took them out of their comfort zone.

Adding to the challenges were last-second conditions put on by council to gain the approval.

Webb told me that the city will be meeting with the team again.  The question is what they want to do at this point.  The options appear to be either just doing the commercial portion of the project as they originally intended or phasing in residential to make it pencil out.

If Brixmor is having difficulty financing mixed-use that does not bode well for the downtown, which would not be nearly as large or dense as the proposed University Commons.

The other point that I think we should bear in mind is that the city needs a viable strategy for affordable housing moving forward.

As reported a few weeks ago, Mike Webb believes that the city will be able to meet the current RHNA allotment for affordable housing.

“I don’t really think it will be a problem,” Webb said.  The city will have to lay out a rationale for the sites that will have to be pursued.  But even with the loss of DiSC, Webb expects they can lay out enough infill sites to not have a problem meeting the housing needs.  Though he did say HCD might want to see a timeline where the housing can be built sooner rather than later in the cycle.

“The next Housing Element cycle, that’s where the community will need to be reengaged,” Webb acknowledged.  “I don’t see us infilling our way to a Housing Element next time.”

What was proposed by Corbett, et al., really isn’t something that is going to solve the city’s need for affordable housing.  I think unless something changes in terms of either financing or construction costs, infill in Davis will probably not be a means to solve large scale housing issues.  That is something people are going to need to reckon with.

Share:
Tags:Affordable HousingDowntown PlanInfillMike WebbMixed Use
Previous : Sunday Commentary: DAs Speak Out across the Nation Vowing Not to Prosecute Abortion Cases – Why Are Reisig and the CDAA Silent on Dobbs?
Next : Woman Sentenced to Jail for Stealing Baby Formula, Despite Attorney’s Plea

10 thoughts on “Sunday Commentary: New Vision Is Needed, but Probably Not Practical at This Point”