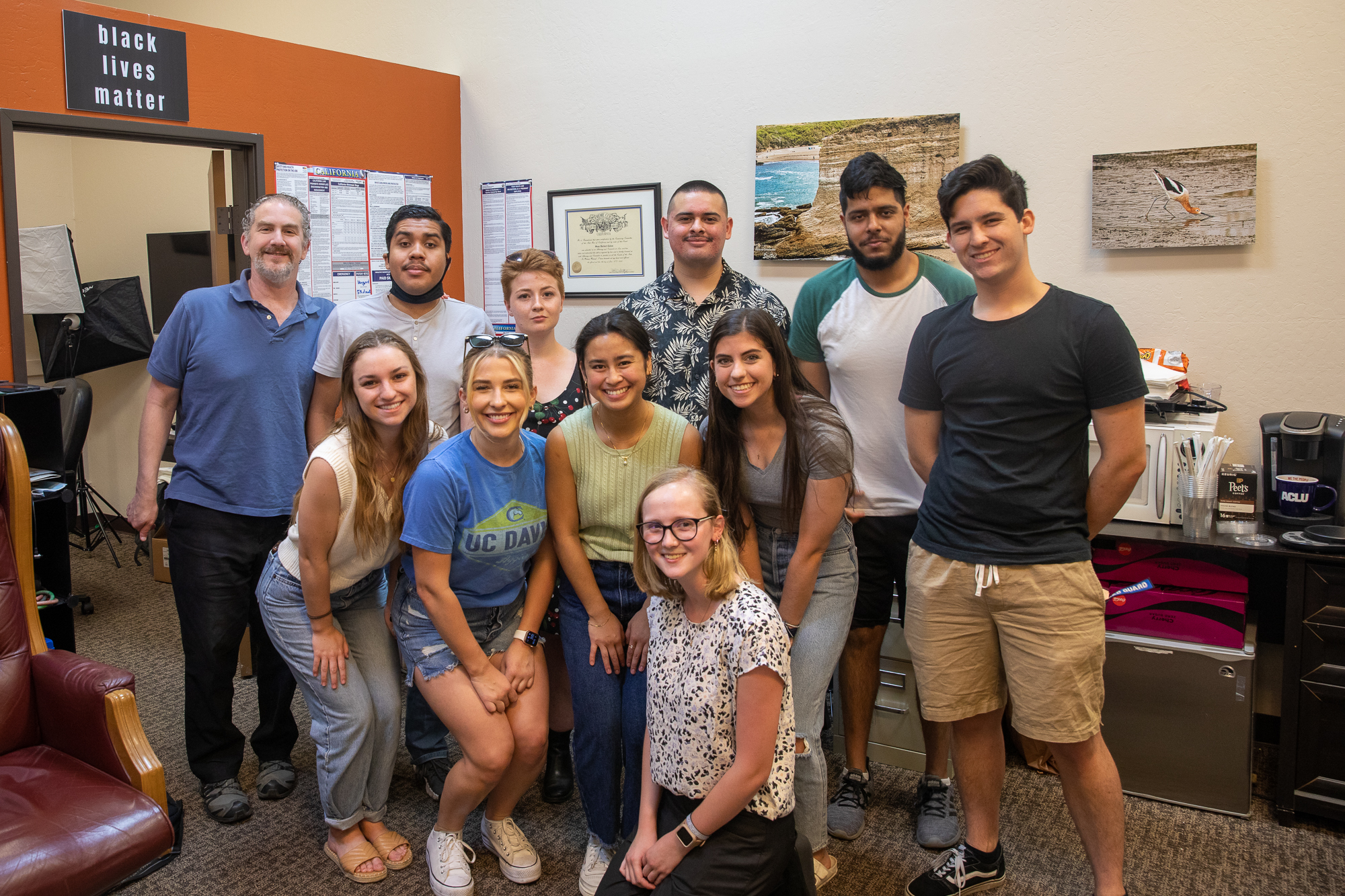 Please read the following to understand how important this is.

Everyday Injustice is really what we call the average problem that afflicts the system.  There’s a big problem in trying to hold those in power accountable in the criminal legal system.  This allows the police and prosecution to get away with misconduct and, as a result, the public is unaware of the true nature of the system.

At the Vanguard, we fight back against these everyday injustices by exposing them.  We are a nonprofit news organization whose network of reporters and interns across the state monitor and report on criminal court proceedings. We highlight cases that deserve more attention, whether it be wrongful convictions or to demonstrate the inhumane treatment of those trapped in a truly unforgiving system.

The Vanguard is also a leading investigative body that has highlighted egregious wrongs in the criminal legal system.

One of the founding cases was Ajay Dev—a man wrongly convicted in Yolo County and sentenced to 378 years in prison.  For the past nearly four years, he has had a Habeas case where the local prosecutor has used every trick in the book to prevent the truth from coming out.

Justin Gonzalez was sentenced to life in prison despite evidence of egregious prosecutorial misconduct in Yolo County.  Recently the appellate court overturned his conviction and his case will soon return to the trial court for further disposition.

For example, Douglas “Chief” Stankowiz, who stands as the longest serving person on death row in all of California, serving 43 years for a murder that evidence suggests he could not have committed because of our independent reporting.

New facts of the case have been brought to light. And now a documentary on the Chief’s cases is in production.

The Vanguard is not only committed to exposing injustices in the criminal legal system, we are also committed to training the next generation of criminal justice advocates, attorneys, and journalists partnering directly with universities.

The Vanguard prides itself on helping to launch the careers of aspiring young attorneys, many of them young women of color.

Danielle Eden Silva is a law student at USF.

“The Vanguard Court Watch program was the gateway from English to a legal career for me. The Court Watch program encourages accountability and transparency of local court systems, from bail sentencing to post-conviction appeals. The program also offers community members an opportunity to learn about the court system and talk about the everyday injustices that often go unnoticed in the commonplace practices of the courtroom.

When I first started at the Vanguard, we only had Court Watch branches in Davis and Sacramento. Over the last few years, however, they have expanded across the state, including working in tandem with the San Francisco Public Defender’s Office to cover the daily workings of the San Francisco courts.

I am proud to have worked with the Vanguard, as it has developed my passion for criminal justice reform, especially in bringing attention to post-conviction sentences. I have had many opportunities in meeting different leaders in criminal justice reform through the Vanguard podcast and articles and I have helped bring attention to unjust cases that are attempting to be swept under the rug. The experiences I have had as the Assistant Director and Internship Coordinator have allowed me to be where I am today.”

“During my time at the Vanguard, I was lucky to have great people supporting me. While I gained various experiences and skills, I think the impact of having the opportunity to learn from David and the members of the Vanguard team helped me realize the areas I excelled in and gave me a goal to work towards. It instilled a work ethic in me of wanting to go above and beyond what was required and helped me discover a career path I was passionate about.”

Lauren Smith was an intern, worked for the Vanguard at UC Davis and much more.

“I loved working in an environment where there is a collective goal that people are working towards. It is encouraging to collaborate with students, attorneys and other social justice advocates, pushing for criminal justice reform. I loved learning about the intricacies of the criminal legal system and having my eyes opened to how the carceral system impacts both people and communities inside and outside prison and jail.”

Anna Judson is about to graduate from UC Berkeley and attend Boalt Hall.

“The Davis Vanguard allows pre-law and journalism-focused students to strengthen their writing, become published, and spend time in local courtrooms in a way that is unlike any non-profit or professional program. Through my time with the Davis Vanguard, I attended 25+ criminal court hearings in the Northern California Superior Courts, transcribed 80+ pages of courtroom notes, was published multiple times, and had the ability to participate in meaningful focus-projects (e.g. the “COVID-19 Behind Bars”).

Being a court reporter in Northern California was an enormously positive experience, so much so that myself, along with other Vanguard interns, began a club at UC Berkeley to bring the Vanguard experience to our campus. In February 2022, I was accepted to Berkeley Law on a full-tuition scholarship. In addition to allowing me to be a proactive community member and journalist, the Davis Vanguard provided me with the experience and skills to be a competitive law school applicant. Being a Court Watch intern with the Vanguard really empowered me throughout the law school application process, and helped me gain essential writing and professional skills. The Davis Vanguard provides a powerful program to the local community and its readers, as well as the students they are giving valuable experience to.”

Whether it is the exposure of Everyday Injustice, egregious miscarriages of justice or training the next generation of young women of color to launch them into their careers in the legal system, the Vanguard is a cutting edge non-profit.

But we need your help.  Your donation can help ensure that the next student can go to law school and the next wrongly accused gets his injustices exposed before he spends decades behind bars.

Please make either a one-time donation or become a sustaining member.

Share:
Previous : Commentary: The Left Was Dead in 2022, Then They Got Two New Doses of Adrenaline
Next : Man Pleads Guilty, Wants to Pay Full Restitution