Sacramento, CA – A Capitol rally was held, by Organized Voices and Voice of the Youth, to bring attention to gun violence in Sacramento, which has surged in recent years (the Vanguard was a co-sponsor and organizer of the event).

The event featured, among other things, mothers of young people killed by gun violence in Sacramento and youthful voices who are organizing for change in their community—including the mother of slain DJ Gio, who was shot and killed in front of his home in Natomas, Sacramento. 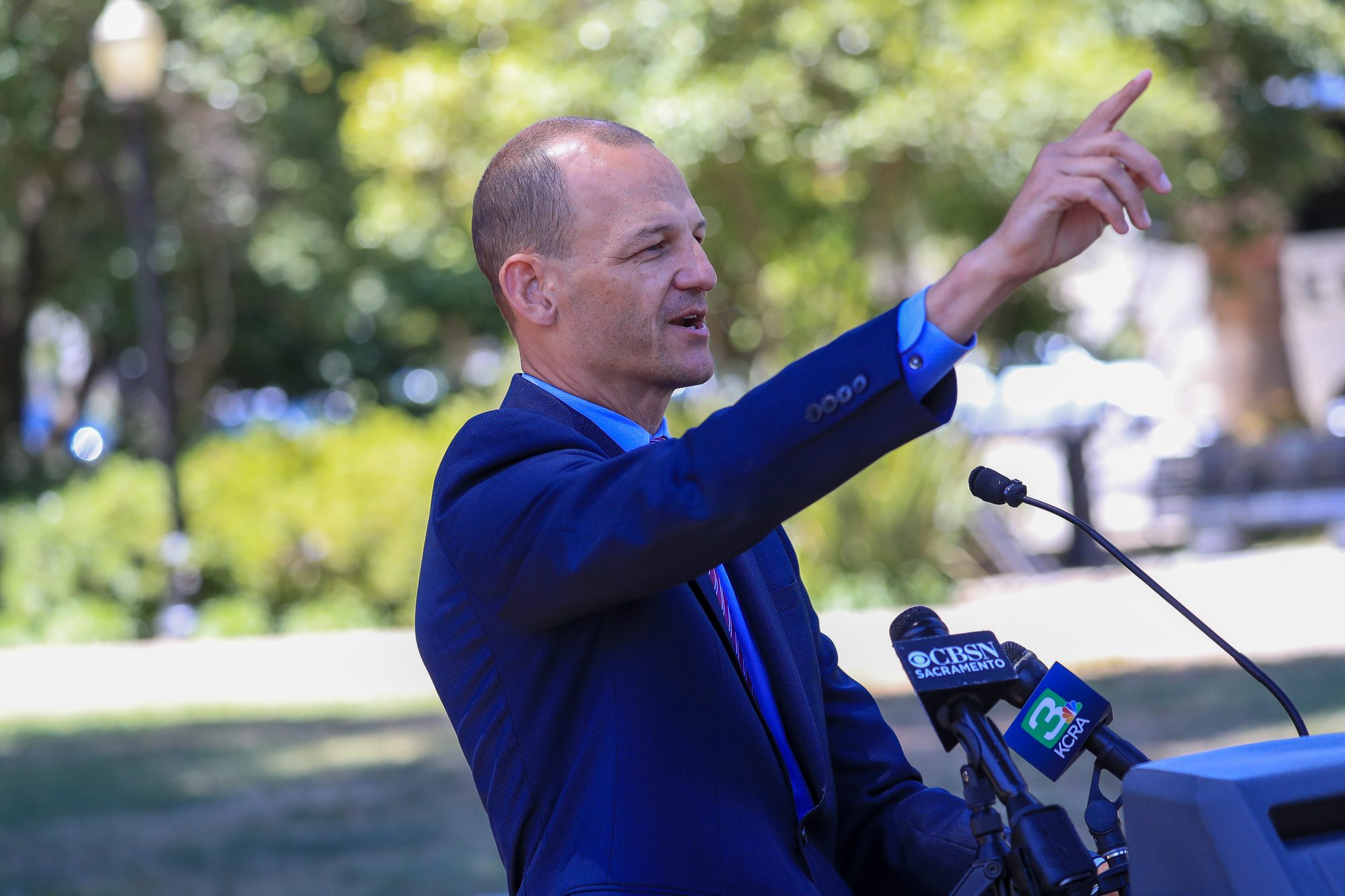 gunfire like you see in a war zone with a hundred bullets in 53 seconds.”

He said, “So it’s up to us to step up and organize and, and demand justice on our own. But it’s also up to the people here in this state capital to write laws, to make our state safer.”

Research at UC Davis has shown that “we are much safer, and much less likely to be a victim of gun crime because of our smart gun laws.” Berry Accius of Voices of Youth gave an impassioned speech.

He said, “I think that a lot of the times we normalize what we don’t understand and what we don’t know.”  He added, “We are all here to end gun violence.  Because if you look at the many faces, the victims and the families that now hold this fight in their heart, in their mind, they are forever changed and a gun in a bullet knows no color knows no race. It attacks when you least expect it.”

He said that “we’re tired of advocating for that.  We wanted to be where no child dies by the hands of guns. I repeat no child died by the hands of guns in our community.”  He added, “We had a year where two years went by. We had zero U homicides here in Sacramento, zero youth homicides. Now, since that epic moment, every other day, you can get a phone call. If it’s not a youth, it’s some young adult. If it’s not some young adult, it’s some youth that was innocently shot by the hands of senseless gun violence.”

He added, “Mothers and fathers should not be burying and laying down their loved ones. They should be celebrating them.”

Three youths from Voices of Youth spoke as well. 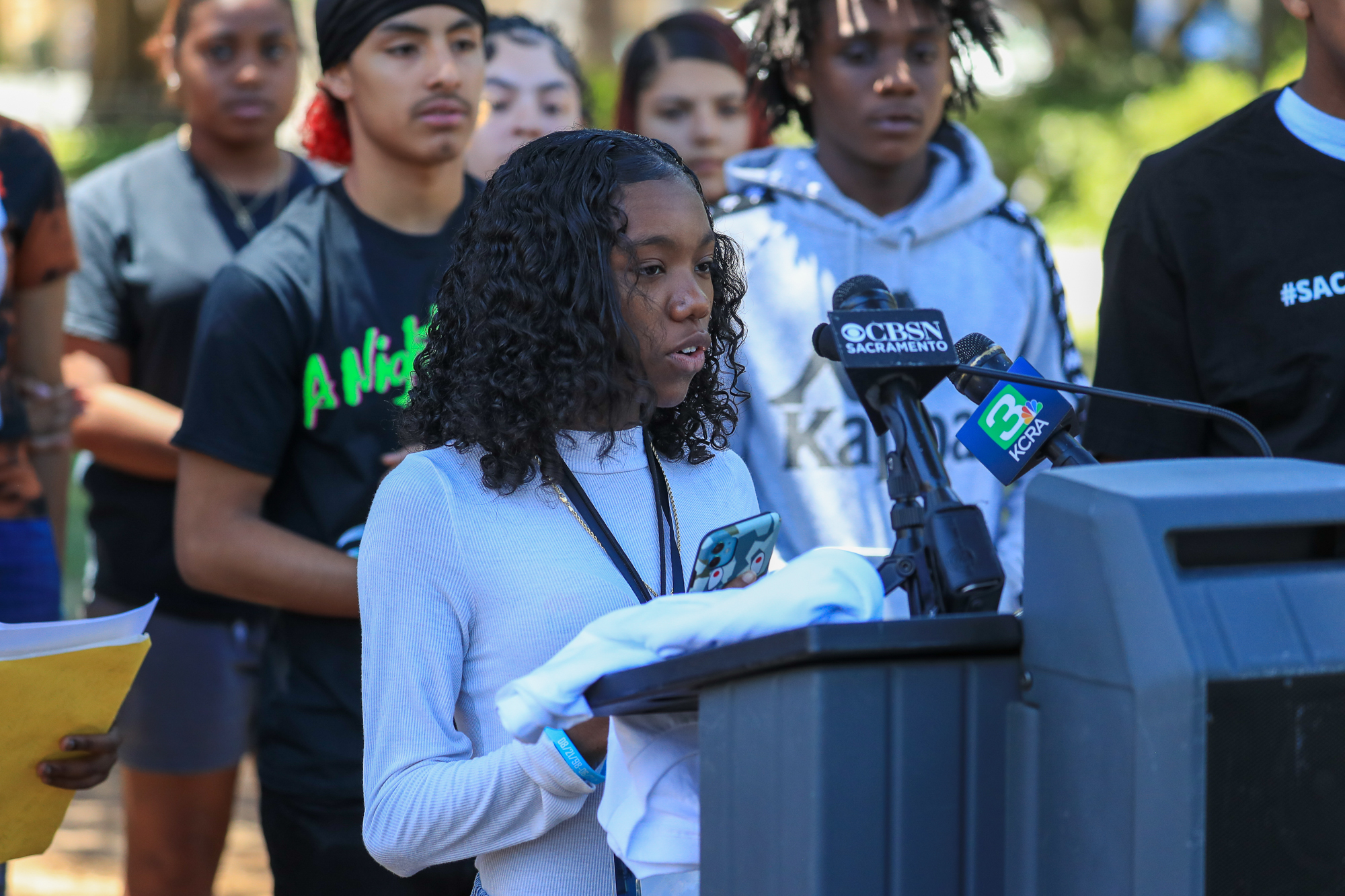 “My name is Sincere and I’m working with voice of the youth today I’m gonna be speaking my truth,” she said.  “See me as an African American girl, I can relate to gun violence. I lost cousins, brothers and close friends, but they aren’t just my cousin, brothers and close friends. They’re someone son, daughter, brother, uncle, father, and mother. This world that we live in, we have some that normalize gun violence. It is not okay, nor fair.”

She added, “We lose loved ones. Over gang activity, pride and foolishness. It’s pure foolishness. There are kids also being killed.” 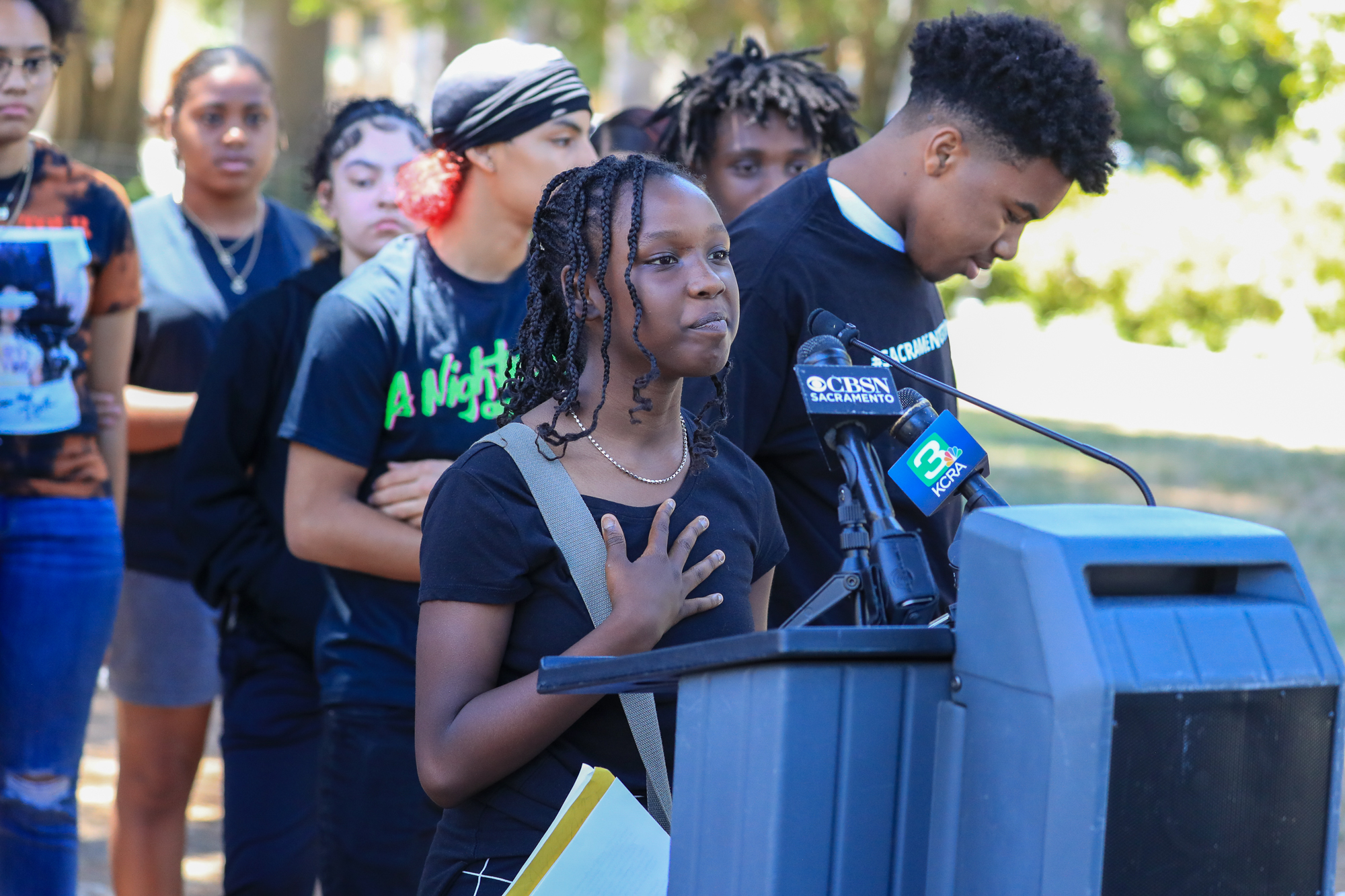 Niama said, “What events come to mind once you hear gun violence, do you think of all the unjust acts done to Kids and adults hate crimes, implied justified killings, police brutality in mass shootings, or do you think these events aren’t targeted at all, perhaps random as a public, we should know what is happening in our communities from birth we should know what’s wrong with our world and how to navigate and survive in America. All of us here could be a victim or know a victim of gun violence. Someone could do absolutely nothing wrong and not know that it was their last day.” 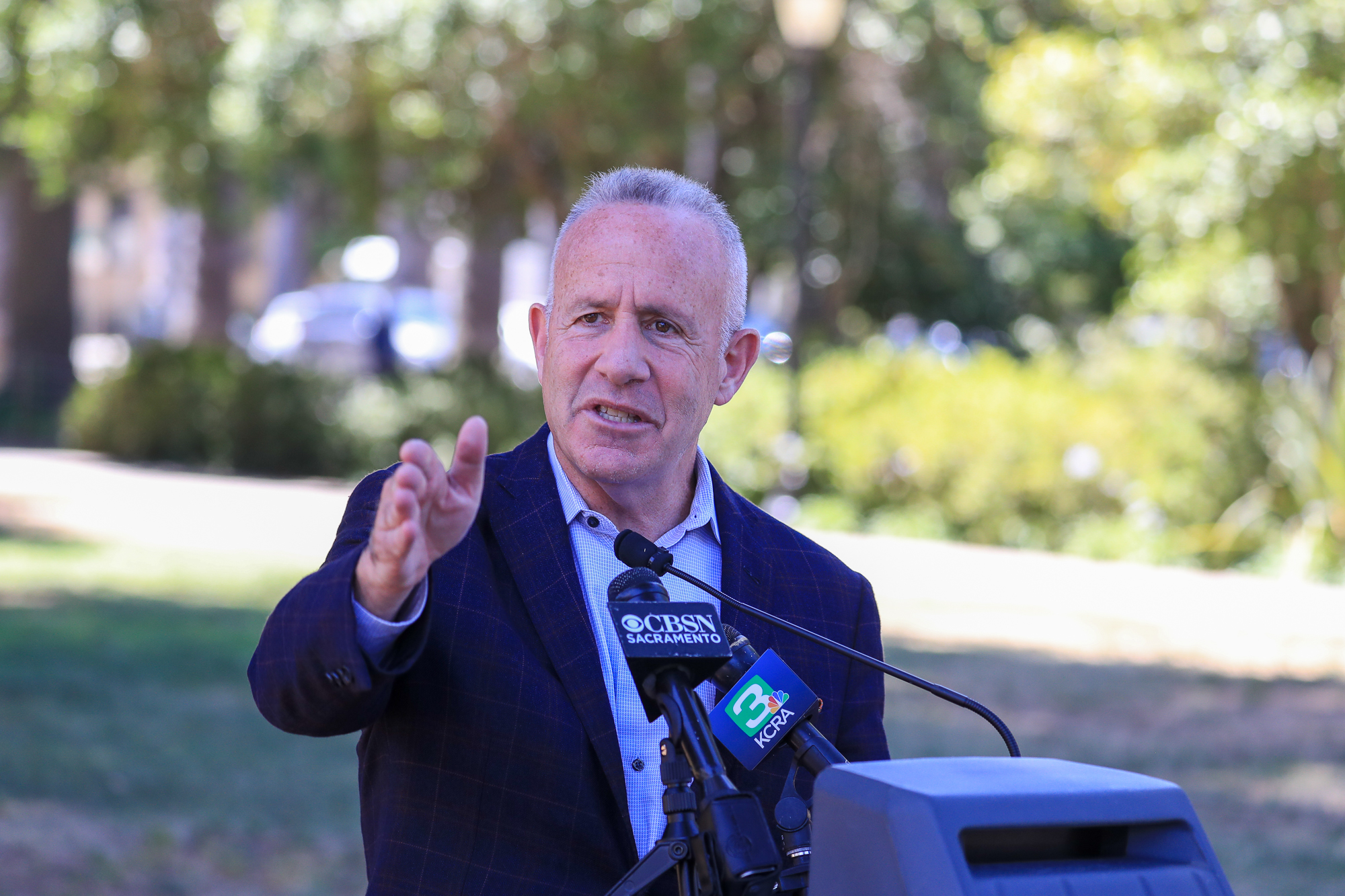 He said, “Let me just say this world would be a lot better off. If we listened more to our young people, they have more than a few answers.”

He added, “Here’s what I know as I listen to their wisdom this afternoon, I know that they would rather not be here, decrying the loss of their loved ones. They would rather be cutting ribbons for youth sports fields and arts programs and educational enrichment and job training. They’d rather, we be here, celebrating, doing positive things for young people, not crying out that their neighborhoods and their friends are overwhelmed with the amount of gun violence.

He added, “Think about all the violence on our television and in our media and just in the world and how, whether we admit it or not. We celebrate it. Think about despite the good work that the Congress did last week to pass some common sense, gun safety measures, how much farther we have to go think about how we cannot have a real discussion or debate we can in California.” 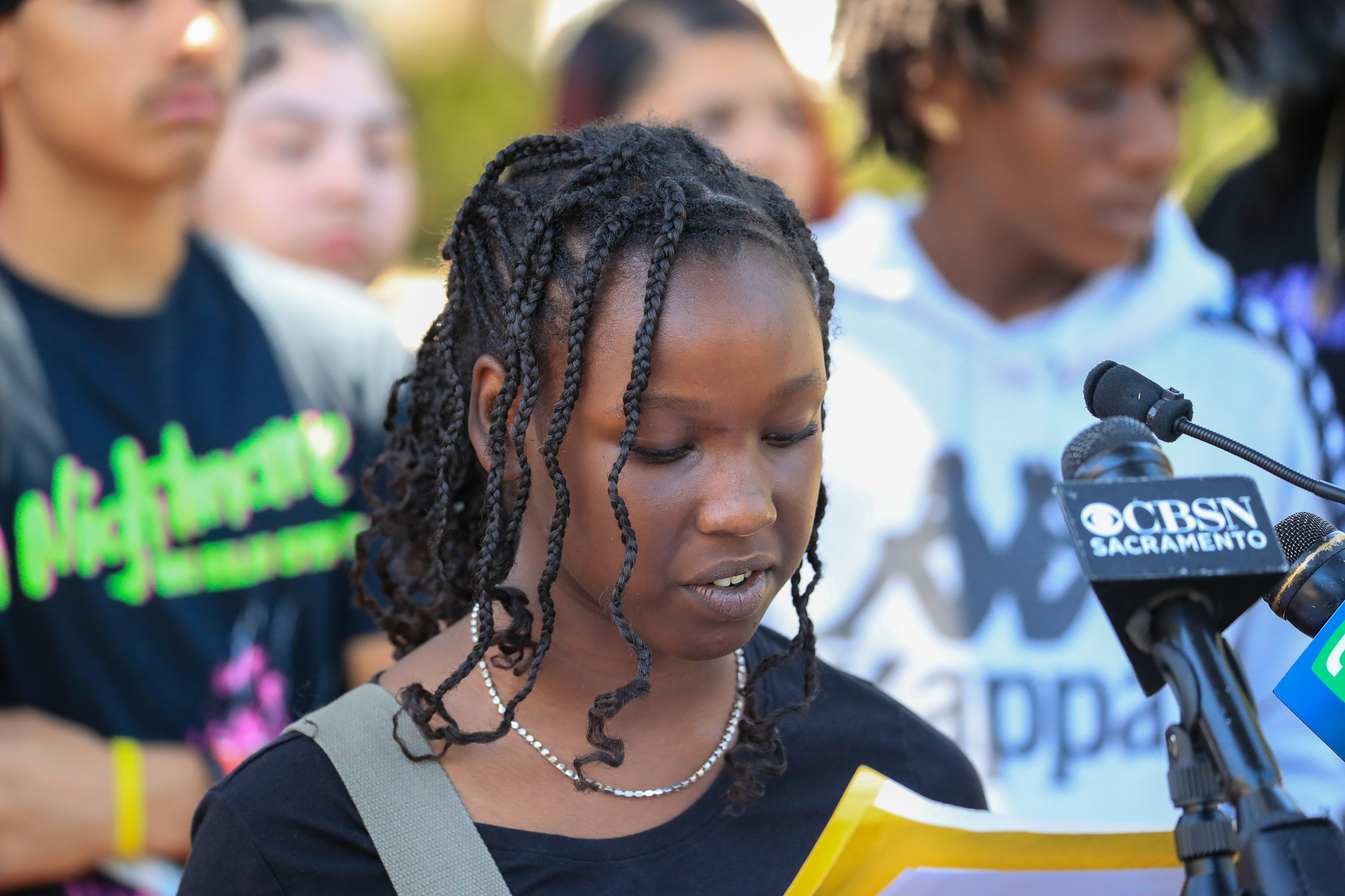 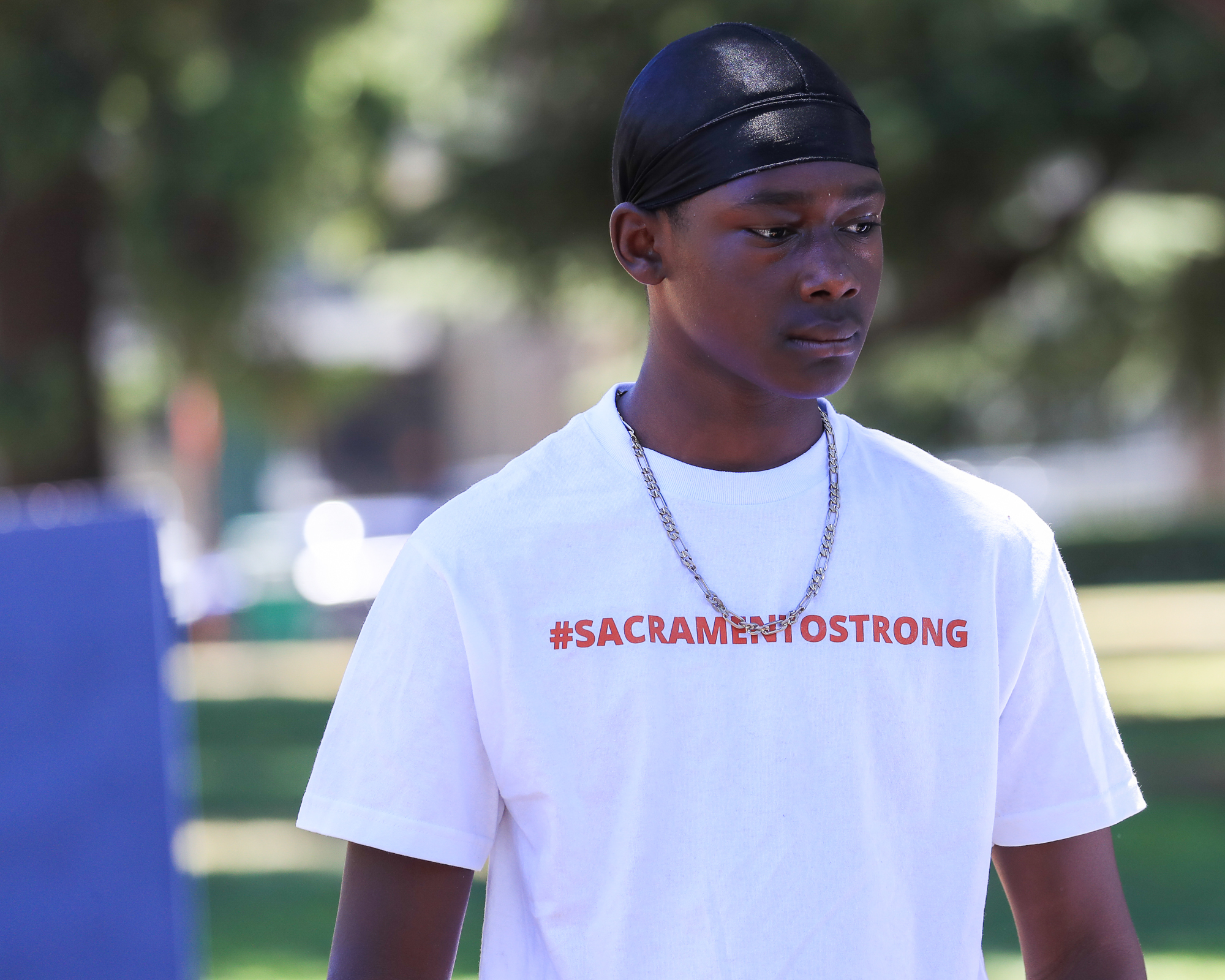 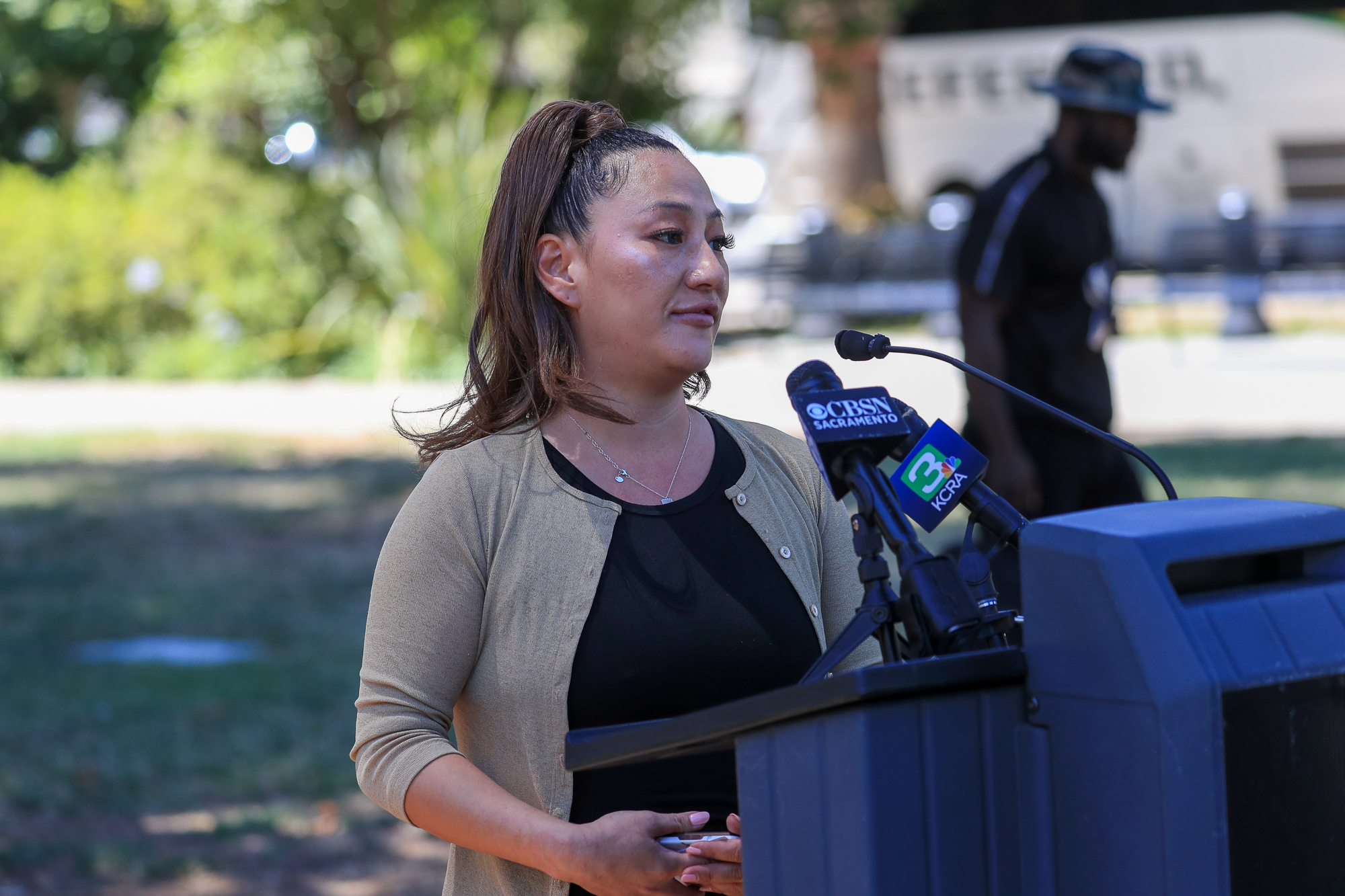 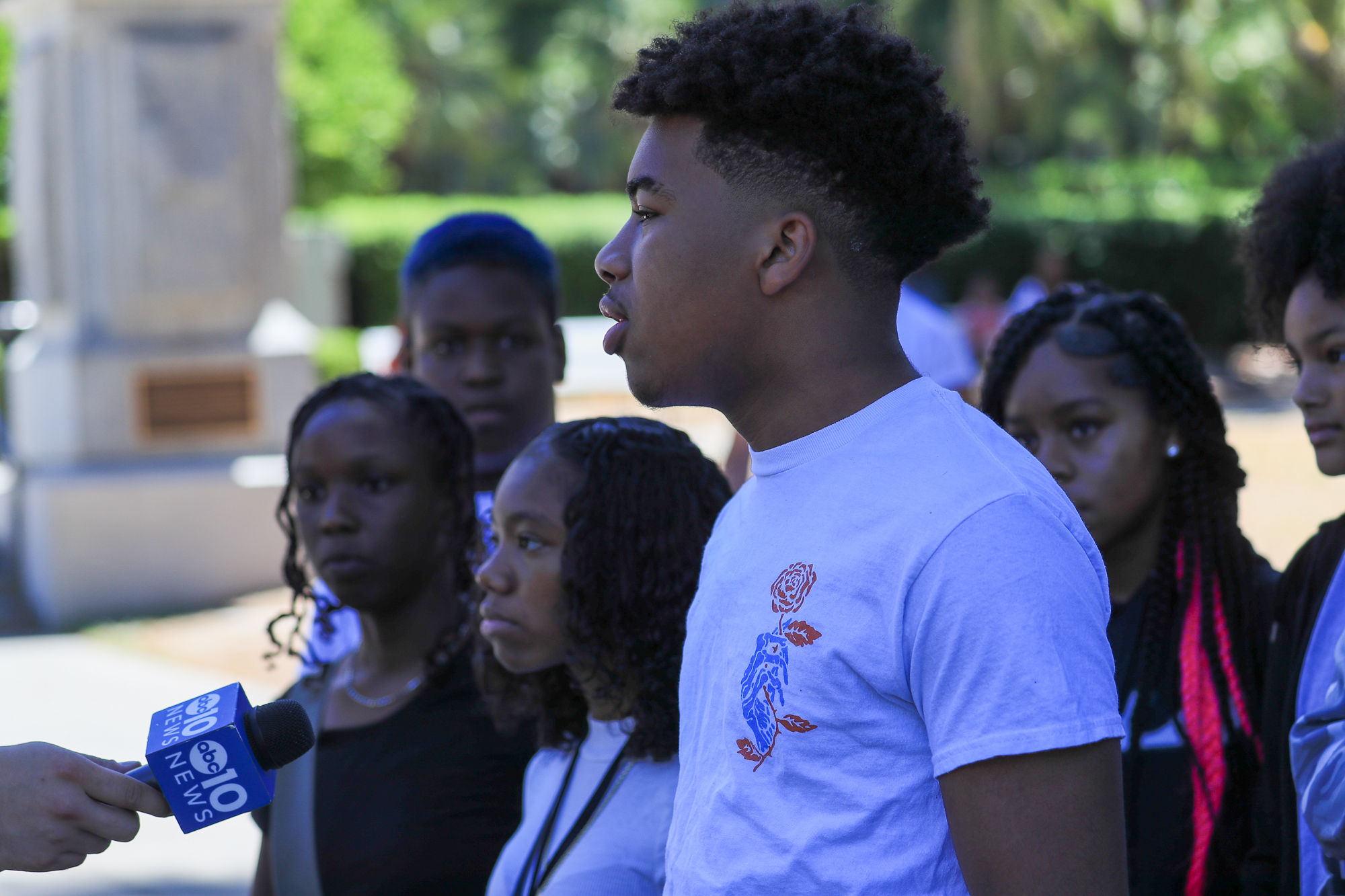 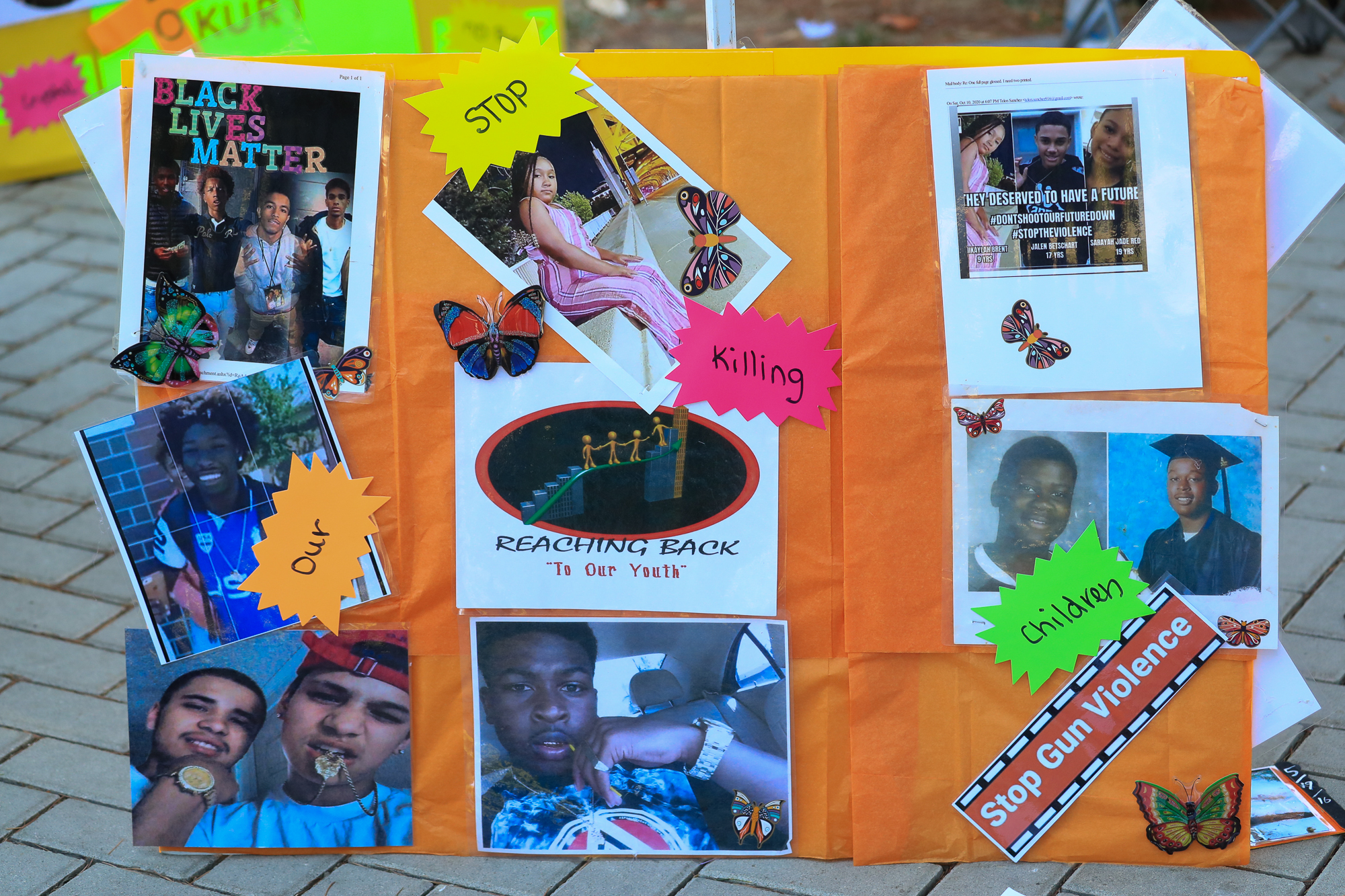 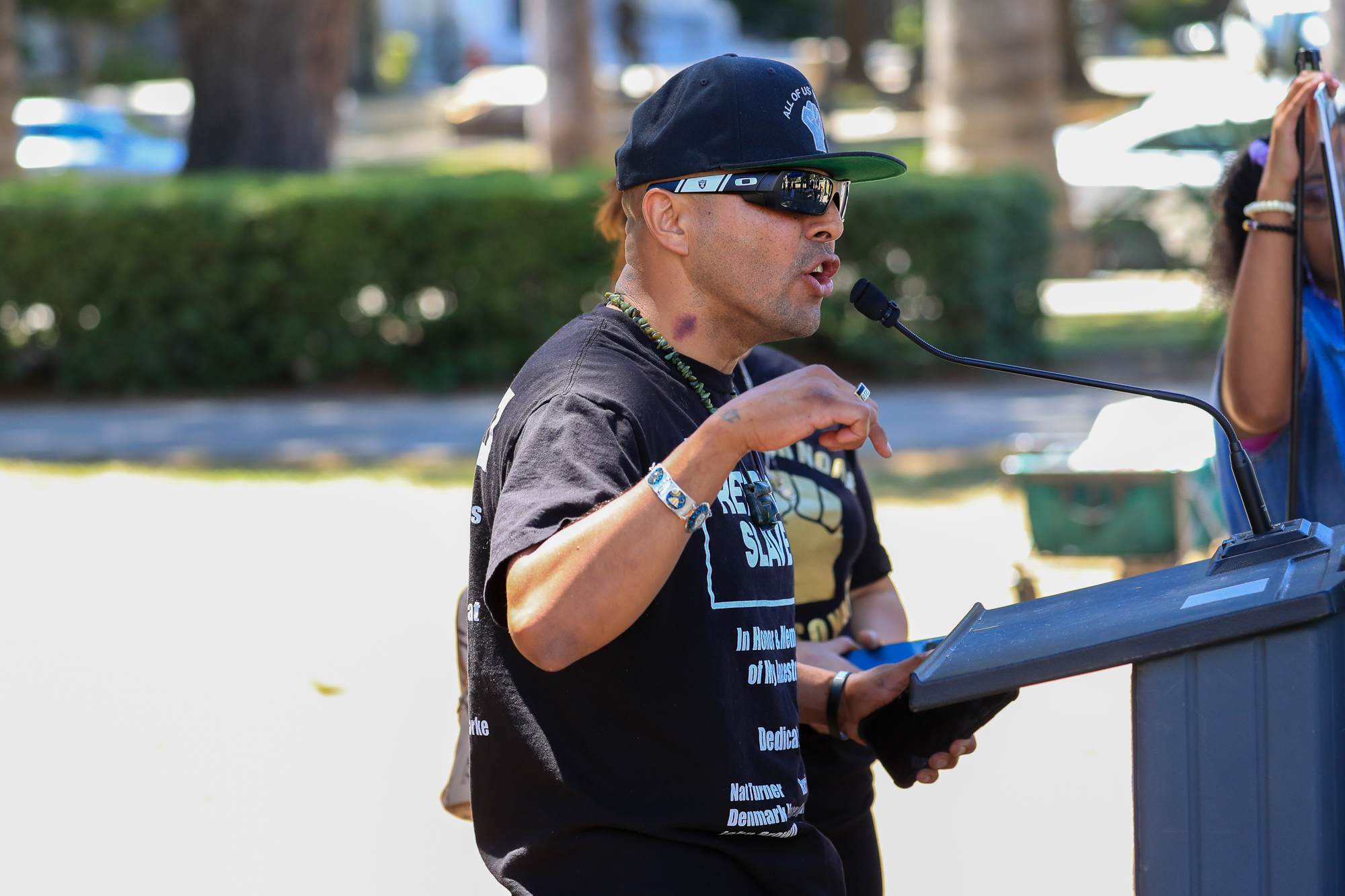 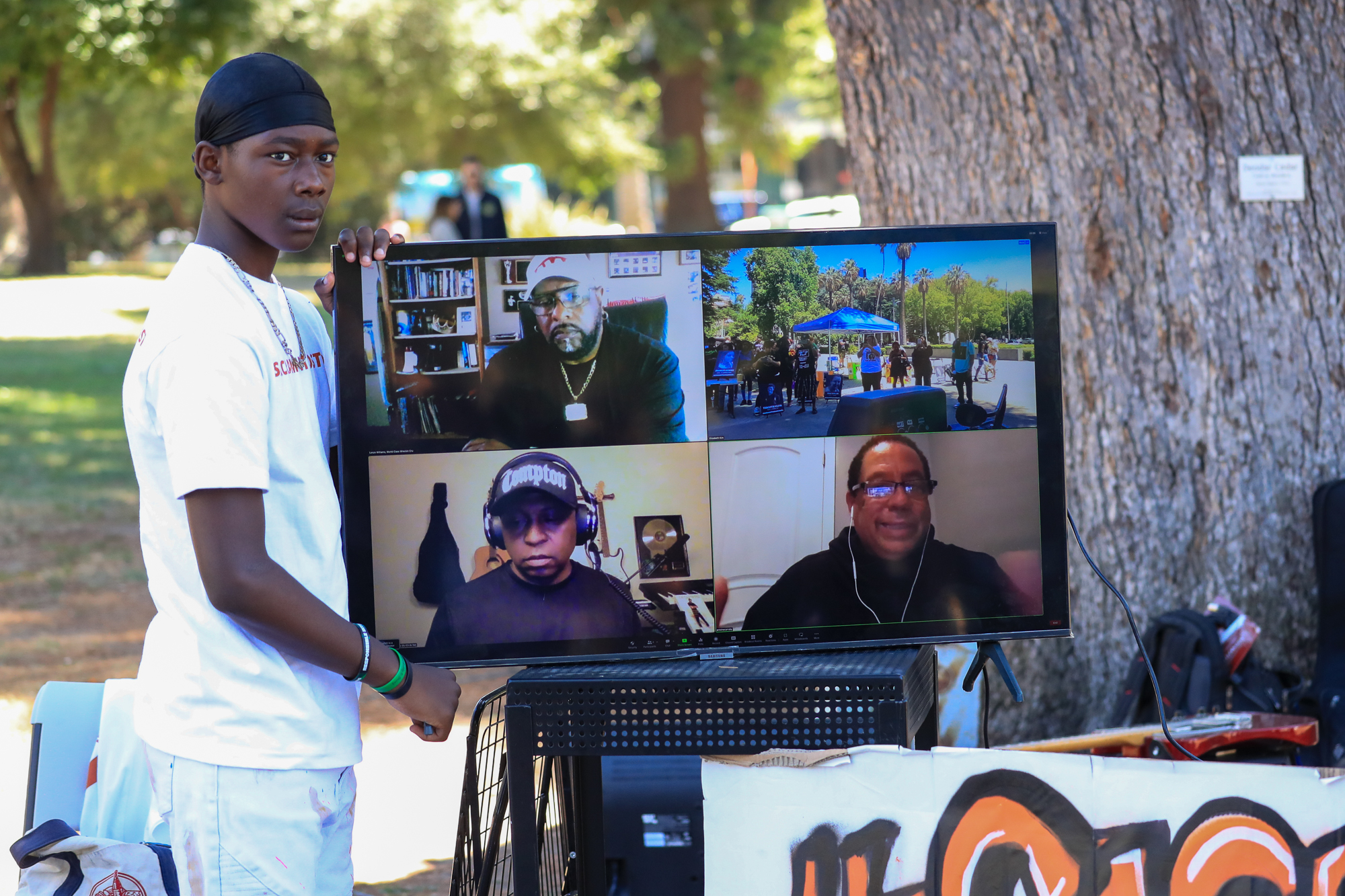 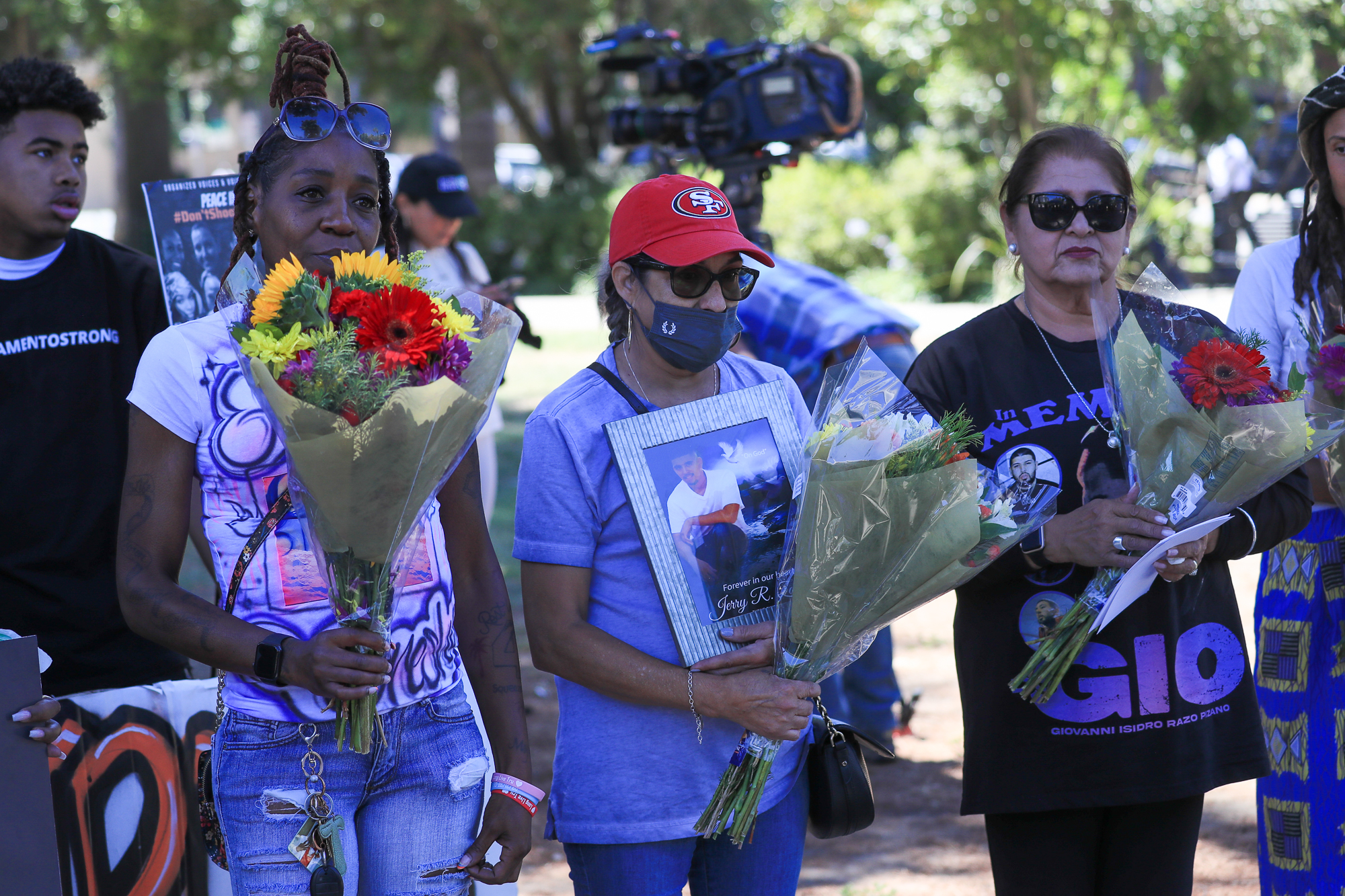 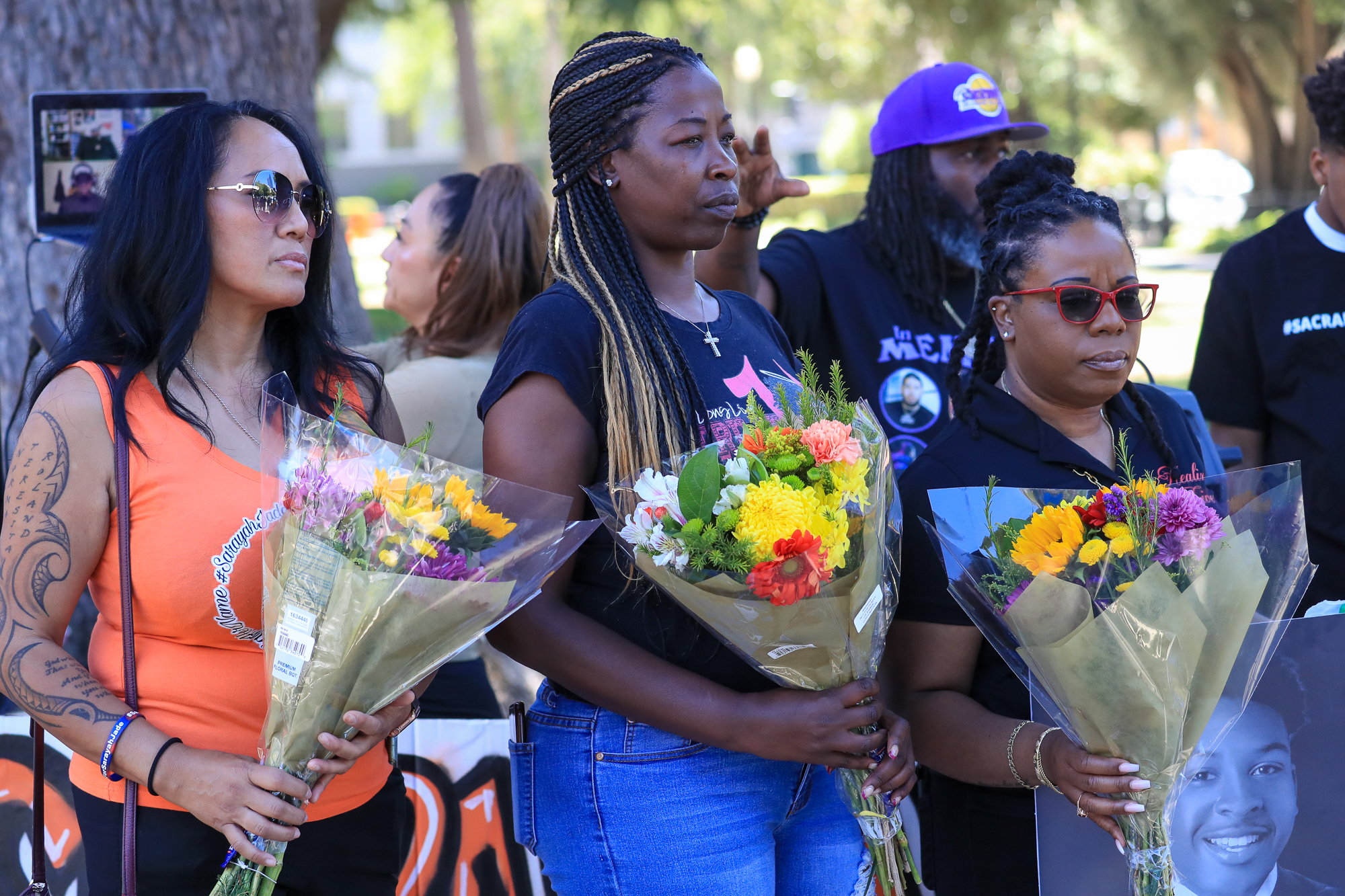 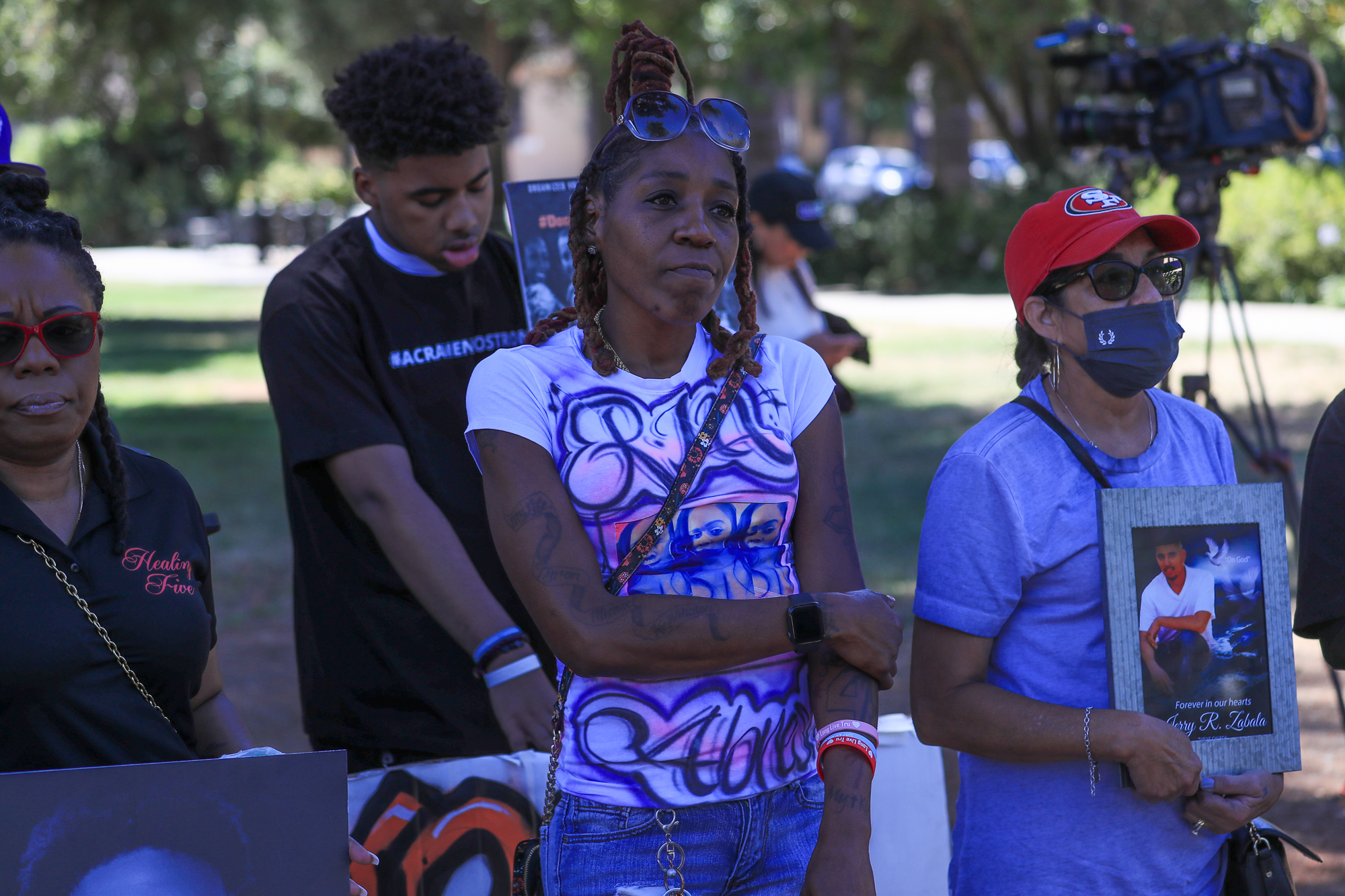 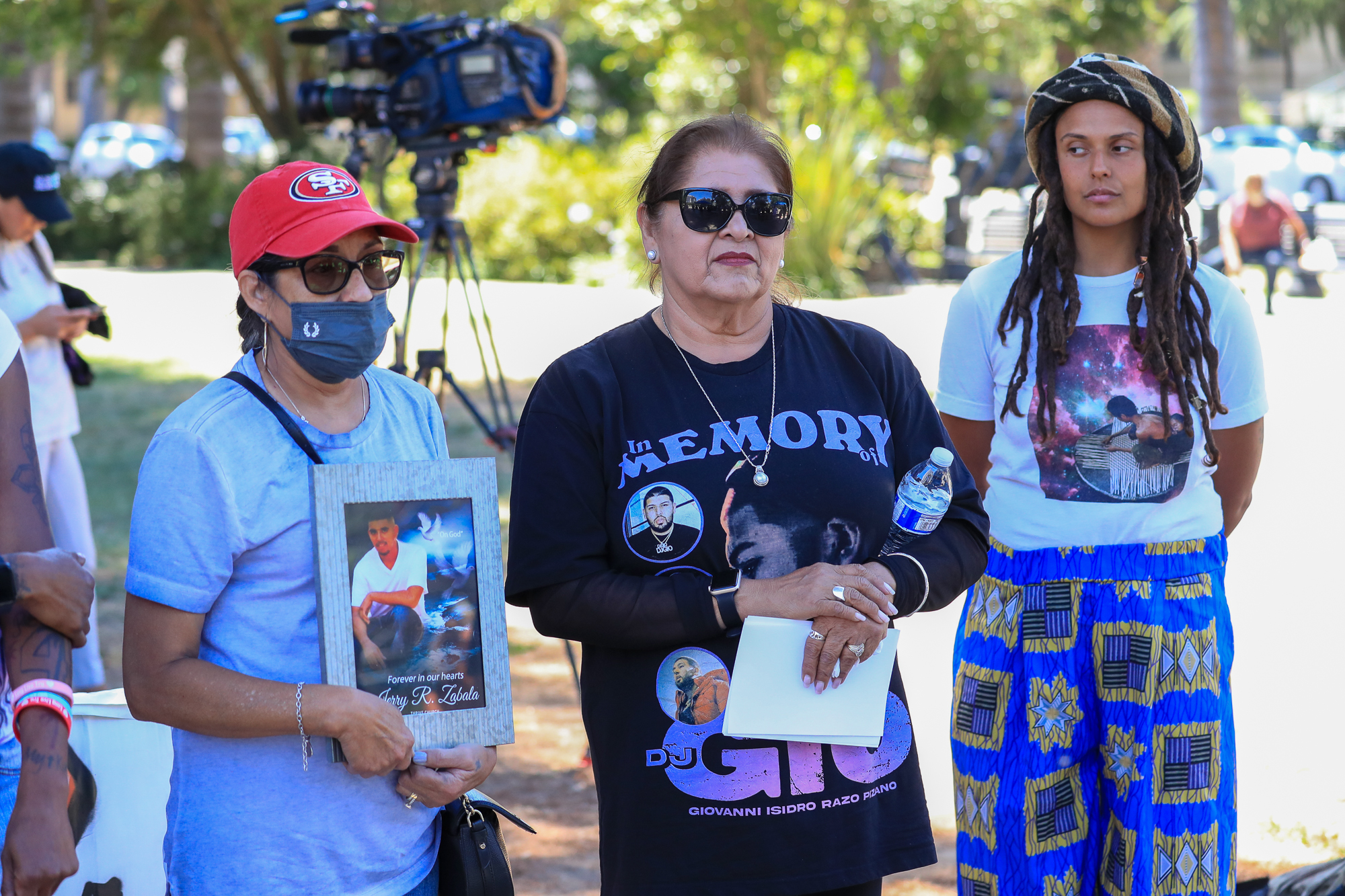 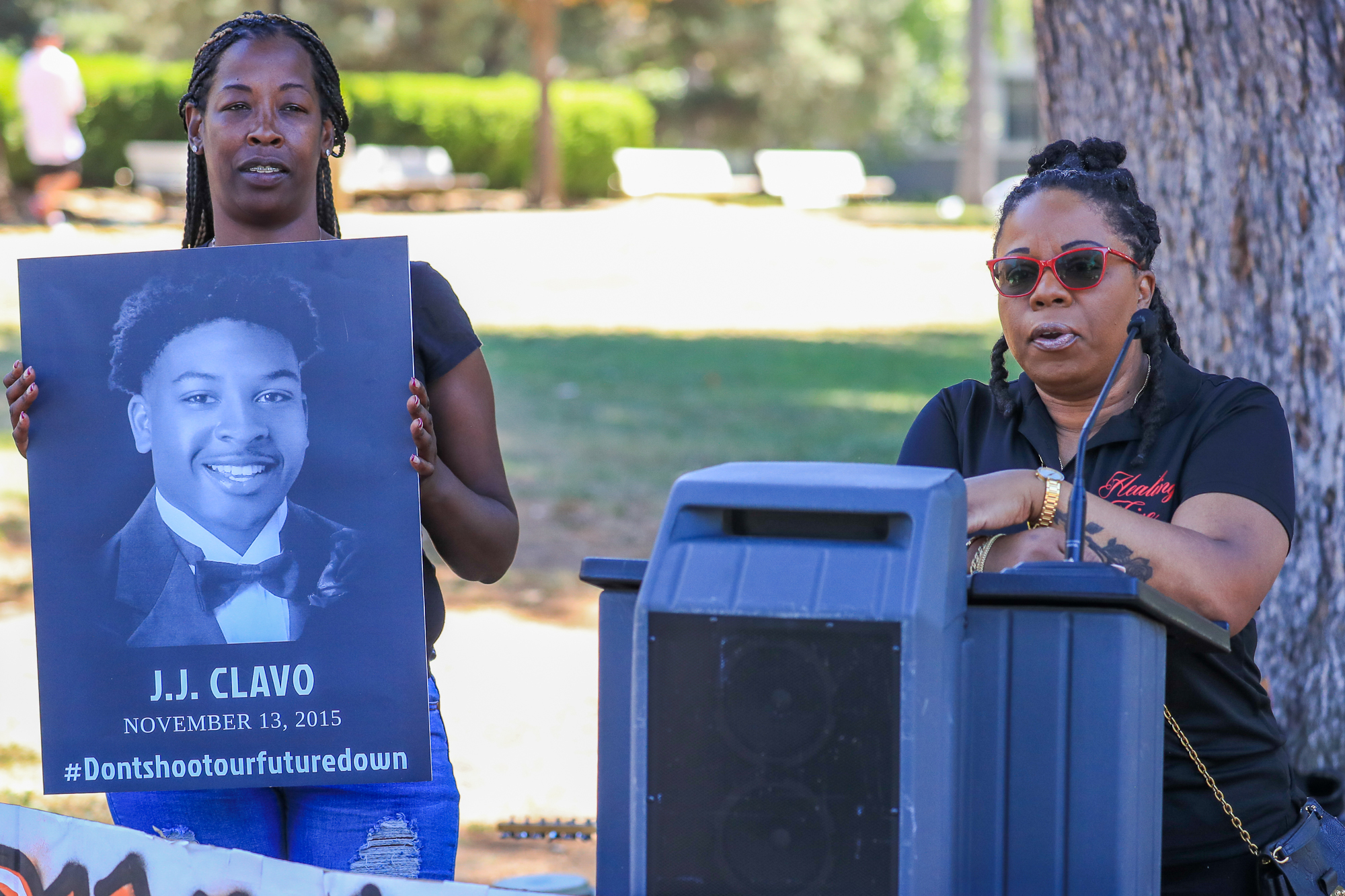 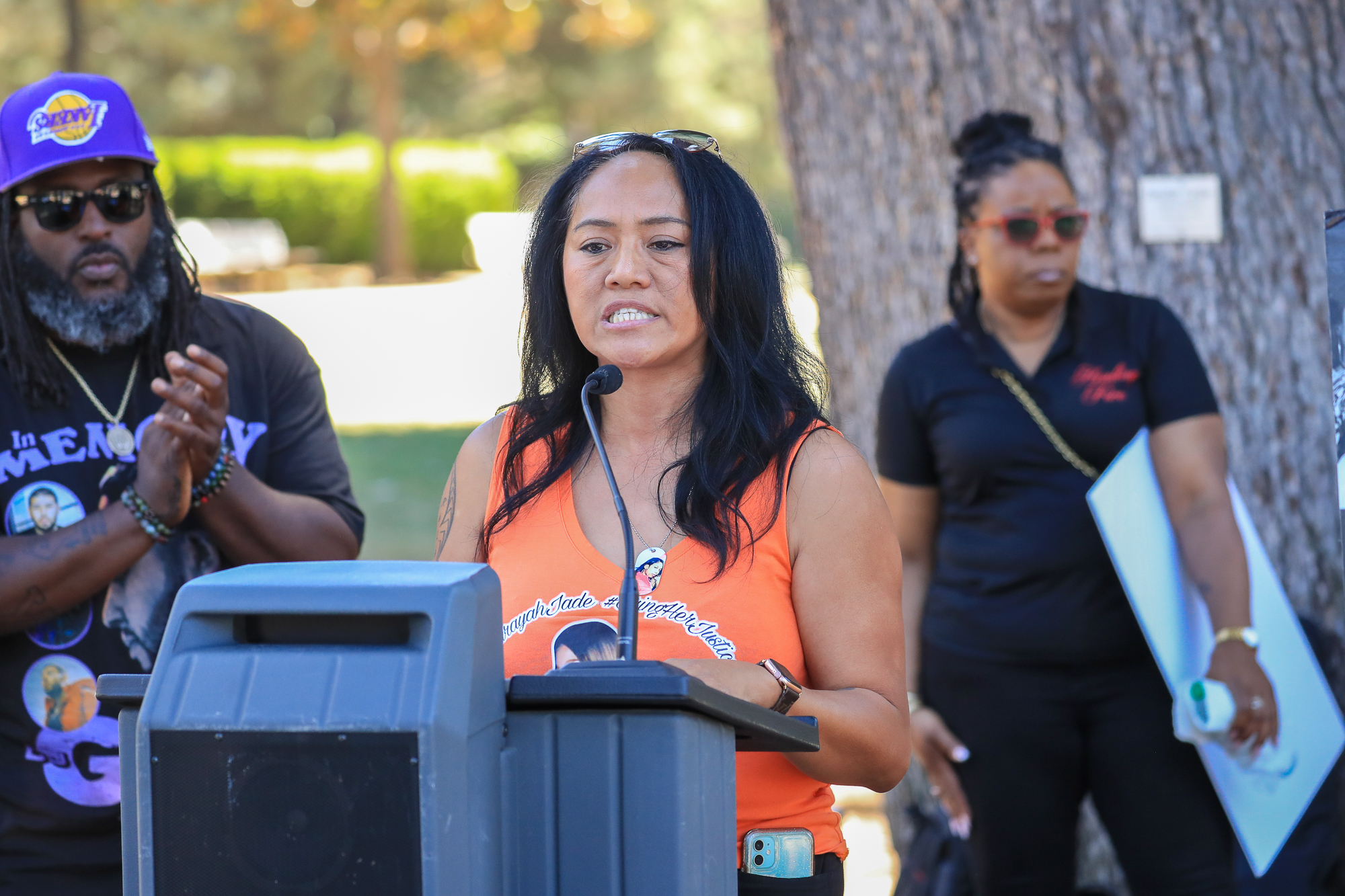 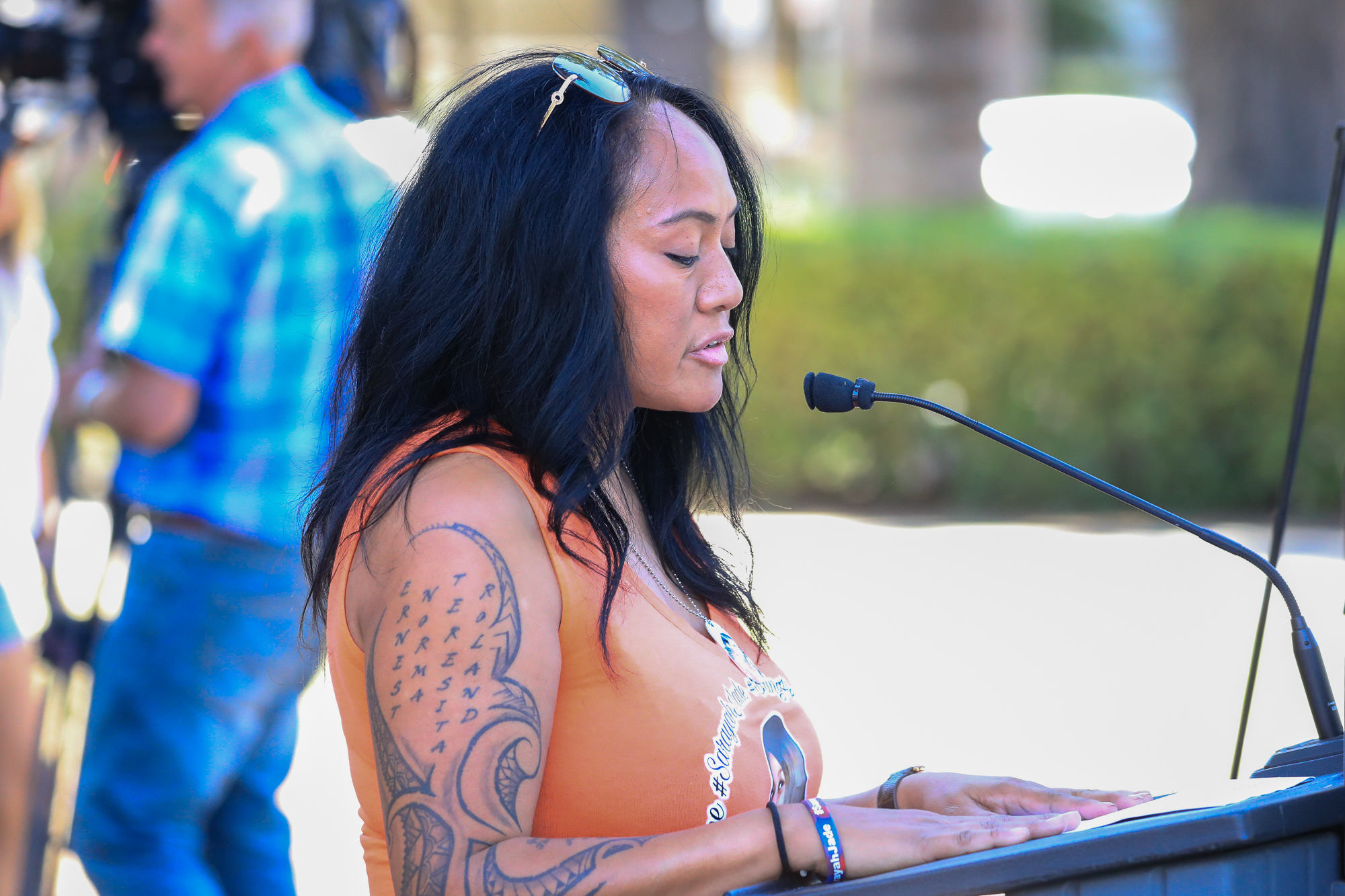 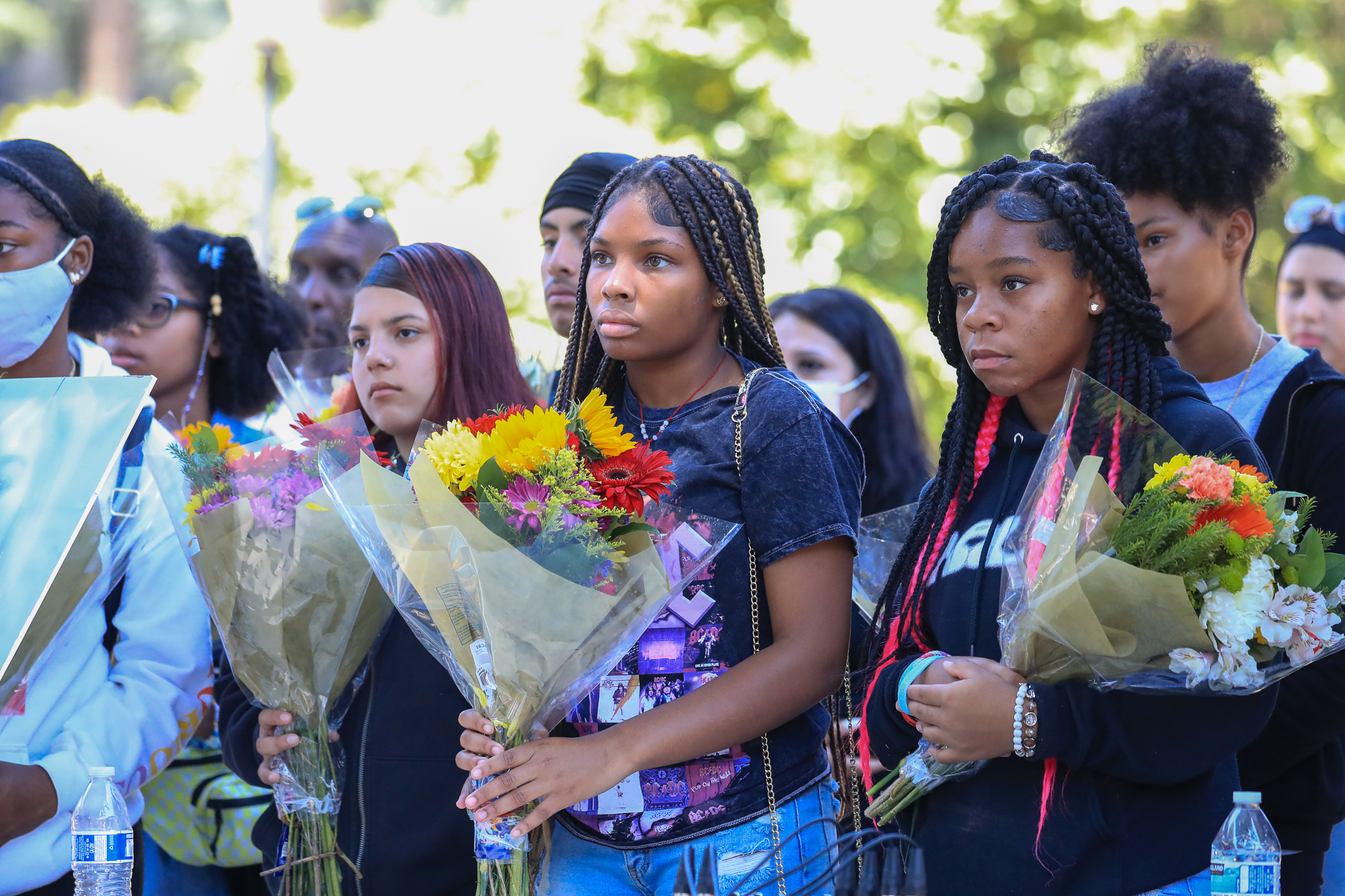 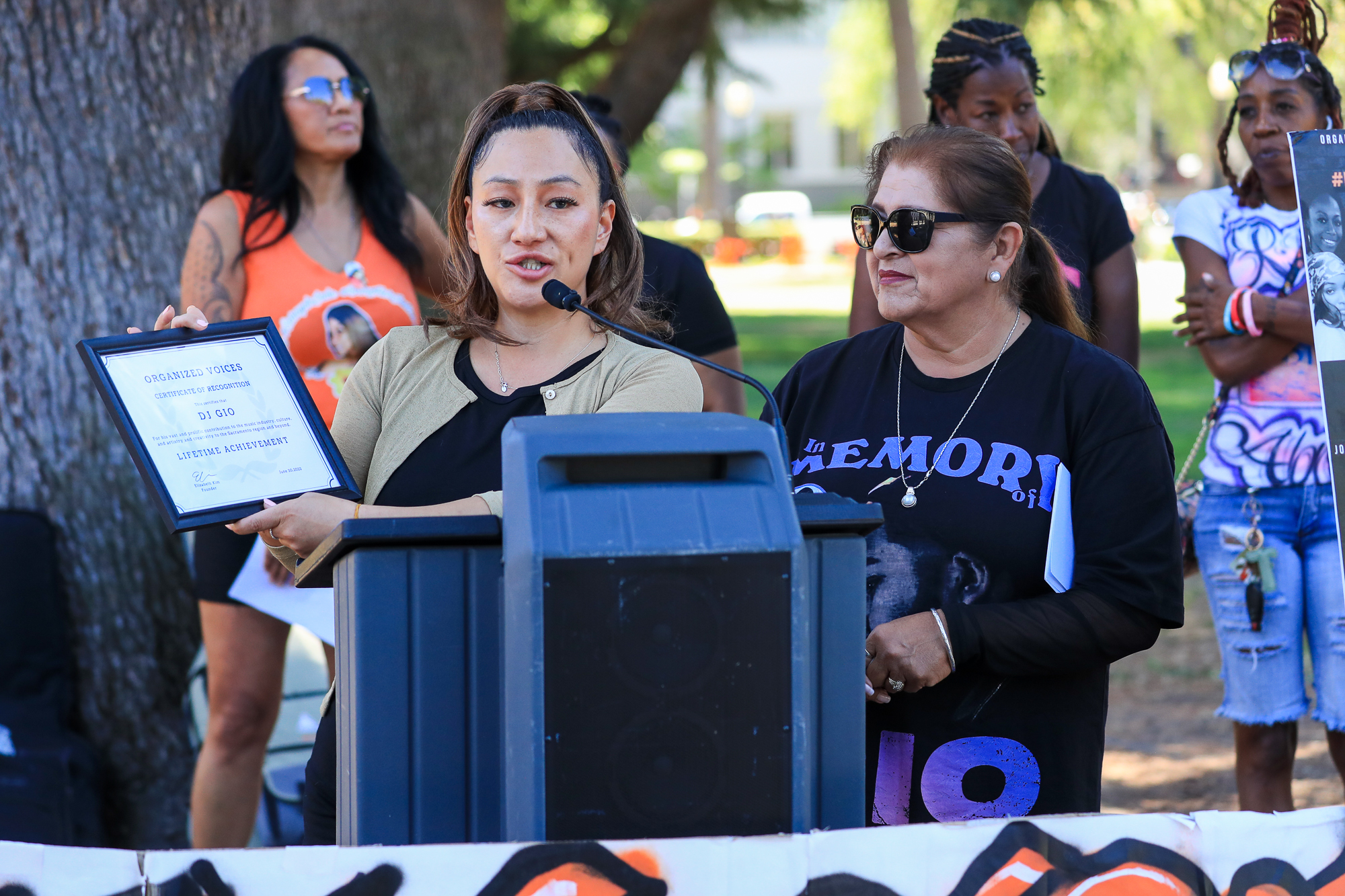 The rally is in anticipation of a larger event, “A Hip Hop and Civil Rights Symposium” to take place at the Guild Theater on July 16, 2022 from 6-9 p.m., featuring the members of NWA, World Class Wreckin’ Cru and Chris Clarke, actor and musician, who portrayed “Shock G” in the Tupac biopic, “All Eyez On Me” to promote their book sales and speak on a panel with social justice advocates to address the issue of gun violence and education for our youth.